"Protoduction: a prototype that ends up in production."

Disclaimer first, this term isn't new and appeared on the internet™ in 2011 already. And as you already might suspect, the term has a negative connotation.
But why is that? After all, prototypes are built so that the solution will eventually end up in production, aren't they?

"A prototype is a simple experimental model of a proposed solution used to test or validate ideas, design assumptions, and other aspects of its conceptualization quickly and cheaply so that the designers involved can make appropriate refinements or possible changes in direction." - interaction-design.org

So, while a prototype is a perfect tool to check if an idea works out, many technical and requirements for running in production are skipped during the prototyping phase. Typical examples are security-related, such as authentication and authorization concepts, role-based access controls, proper logging and monitoring. But also non-functional requirements like performance are often not a priority at first.
This is not a weakness of the prototyping methodology. It is intended to speed up the initial development process.

Based on the aforementioned points, it seems obvious that there is some work to do to transform a prototype into a production ready application.
The protoduction term has its negative connotation because it refers exactly to those apps, that did not (or not sufficiently) go through this transformation process and still have their prototype character while being in production already.

Why prototypes end up in production

You can find various reasons that can cause the problem: Exhausted budget, time schedule changes or doesn't work out, scope changes, but also wrong expectations caused by insufficient communication and many more. 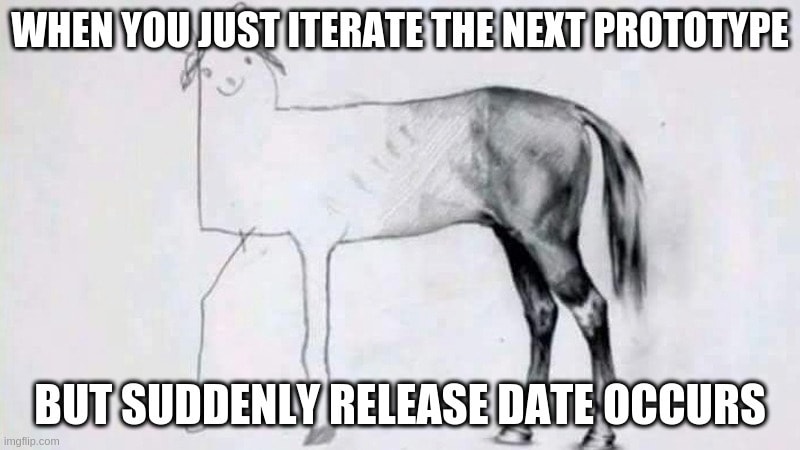 There are tons of standards, best practices, and methodologies to address each reason. It's too much to be covered in a single blog post. But here are some low hanging fruits to make prototypes a success.

How to avoid it

The guidance below is neither a comprehensive list nor an officially validated set of best practices (you'll find masses of these on the web). They are just my personal top three measures that have paid off in the past.

It sounds simple. But what does it mean and why is it so important?
At my employer the time from initial idea to prototype is just seven days. As a rule of thumb, do not invest more than two weeks of effort. Off-topic: this is not only relevant for software development. I'd apply the same when evaluating new products in a pilot for example.

Limiting efforts has different advantages for the different stakeholders.

Both effects reinforce each other. The more effort goes into the prototype, the more the management puts pressure on it to be a success.
Meanwhile, the creators tend to like their prototype more and more, the longer they work on it. The chance that someone will pull the emergency brake is constantly decreasing. 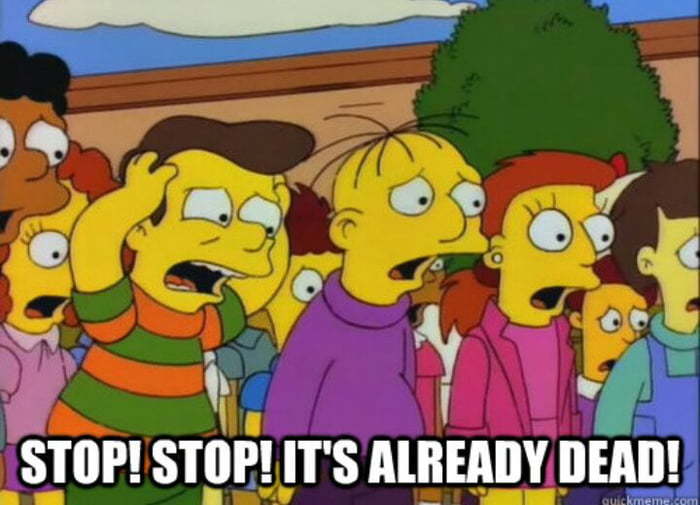 If it turns out that a solution doesn't work and it cannot be adjusted easily, then let it die. Move on to the next try.

2. When it comes to mockups, use pen and paper

Digital versions of pen and paper are also allowed. The important thing is to use sketches. Skip your fancy visual mockup tools and just draw (or at least use your mockup tools as late as possible in the process).

My last point is somehow referring to 1. again.
If your work is trashed, if a prototype "fails", it is easy to have a bad feeling about it. It can be a discouraging experience. And this is dangerous! People have to take risks when they develop new ideas. And when you are blamed for failure, the way of thinking changes. The willingness to take risks decreases, which ultimately kills ideas and creativity.

Embrace fail!
You don't have to organize a party and celebrate the whole night, but you have to reduce the negative experience as much as possible and take fails as what they are: A valuable source of information.
When a prototype fails, you can gain tremendous knowledge about what to avoid in future iterations. Of course, this way of thinking needs to be present in the whole team - doesn't help a lot if it's your own way of thinking, but you are still blamed after all if your stuff fails. So as always, communication is key.
And again, this point is much easier to apply if 1. (Fail fast) is also implemented.

Hope this makes sense. If you have similar or opposite experience, and points to add, please drop a message!

Restricting access to certain files in our Laravel app

How to Remove Background from Any Image in 5 Seconds