Please be aware that even though Tetcoin started in 2014, outside factors led to the halt of its production in 2016. Development of the Tetcoin Family of Cryptocurrencies resumed in October of 2020. This group is made of the XDV, Payshares, Metrocoin, Czarcoin, Vapory, Lite, and Tetcoin blockchains. Metrocoin is currently being redesigned as a Tetcoin Parachain boostrapped off the Vapory Network.

The Tetcore Army of Two still has a lot of work to do. As a result, it is a known fact that over 10 Million Links in the Source Repositories need updating along with all Tetcoin Family Websites. Should you be a Web Developer, feel free to join us in getting that done. Speaking of Developers, the Tetcoin Team thanks each and every person who has contributed to its codebase!

This Article is not in all inclusive method to getting started with Tetcore. It will be assumed that the reader is already familiar with the Ethereum [https://ethereum.org/], Tron [https://tron.network/], and Polkadot [https://polkadot.network/] blockchains. It will also be asserted that the reader be familiar with the Javascript, Java, Go, C/C++, and Rust Languages. The instructions herein are provided for use on Linux Platforms, more specifically, Ubuntu 20.04 LTS. It is understood that each individual development environment may and will be potentially different than the original one used to forge Tetcore itself.

Building and using Tetcore is resource intensive. No support is currently available for Windows and Tetcoin has only been successfully built on Ubuntu. The Hardware needed includes at least one computer that has at least a Quad Core 64 Bit Intel based Processor, 16 GB of RAM, and 256 GB of free space. Tetcore itself occupies around 128 GB when built for complete testing. The above specifications are minimum requirements and it is recommended to exceed them.

Tetcore is a framework enabling the rapid creation of blockchains built for any specific purpose. It is the first and only hard fork of Substrate [https://www.substrate.io/], a forkless platform for next generation blockchain innovation. Tetcore is NOT Substrate. Vapory may serve as a drop in replacement for Ethereum, however, Tetcore is a totally different beast than Substrate with code, concepts, and various fundamentals that strongly differ.

The actual interfaces such as the APIs and Frontends are similar. Substrate and Polkadot developers should easily be able to transition between the two platforms. For the sake of keeping it simple, coders should understand the following:

Simple enough, eh? That is not even the start to the differences between Tetcore and Substrate. One of the commits included around 1 Million changes to the original codebase and it is not feasible to use this guide to communicate each model evolution.

The above commands may not work on every Ubuntu Installation. Feel free to modify them to specifically work with your Flavor of Ubuntu or Alternate Linux Distro. The goal of the above commands is to foster an environment that has the following:

In addition, PostgreSQL, Redis, and other dependencies may be required. Please refer to the Readme included with the specific Tetcore Library, Application, or Tool being used.

Tetcore is built using Rust. Users with Rust Nightly already installed can simple use the following command to get a Tetcore Node installed on their system:

If Rust is not yet present on the system, follow these simple steps:

Now it is time to learn how to get started using Tetcore to setup an independent test network with validators of your choosing. To do so, clone a copy of the Tetcore Node Template:

Next enter into the clone directory and build:

Now, go get some vodka, or another drink, dinner, or a movie. Go grocery shopping as for around the next hour, your dev box will most likely be occupied completing the previous step. Taking the time to actually read the Readme or Star the repository should be a good way to spend the time as well. 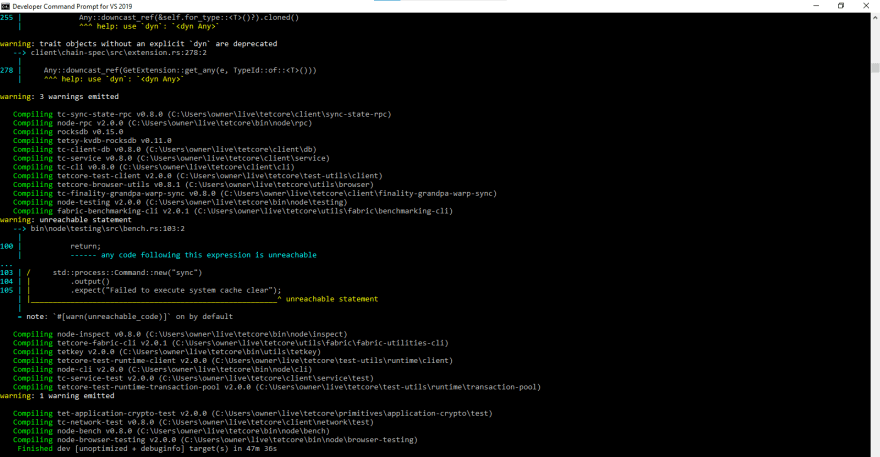 Initiate Alice and Bob into Your Gang

That is not what we will be doing, but Alice and Bob will need to be brought online as validators. Alice and Bob are just two well known keypairs that may be used to start a Tetcore Parachain. For purposes of this tutorial, the Gang is a Set of Tetcore Validators.

Mother only once said "Ladies First" and that is true for Tetcore. Your Gang is made up of you - the hacker leader, Alice - the first strike, and Bob - the right hand man. Make a directory called 'tet' and copy the node-template executable to it:

If you are not getting a similar output as depicted in Photo A, please double check the command entered. If the command is correct, then check your environment. Else consider that a bug may be present and submit that issue to https://github.com/tetcore/tetcore-node-template/issues

What is important from the output that Alice provides is the Node Identity. In this case the string is:

Bob will need that identifier 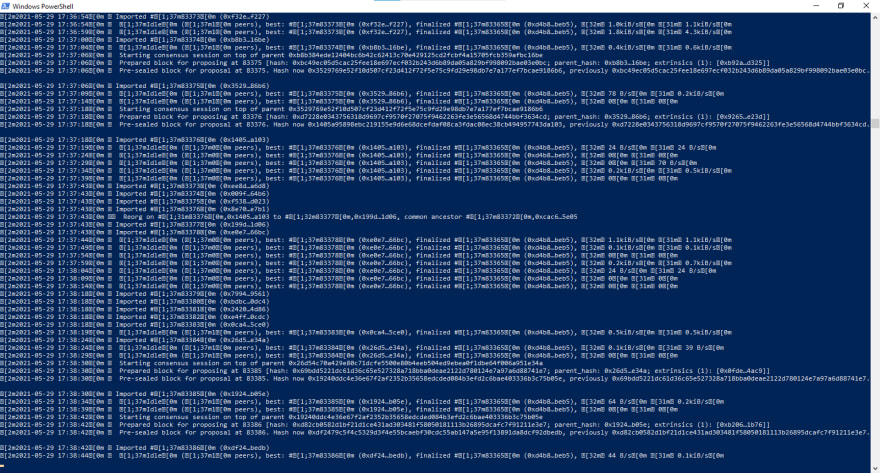 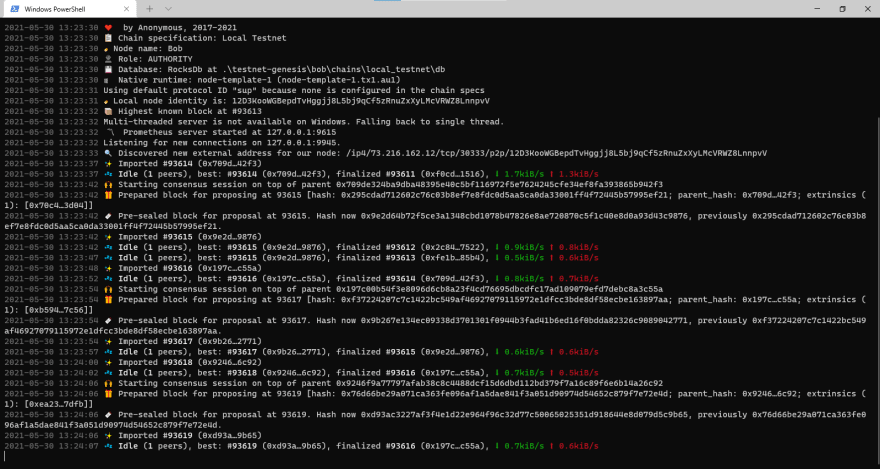 Now head over to https://telemetry.tetcoin.org to view your Network:

With Bob as Windows Validator 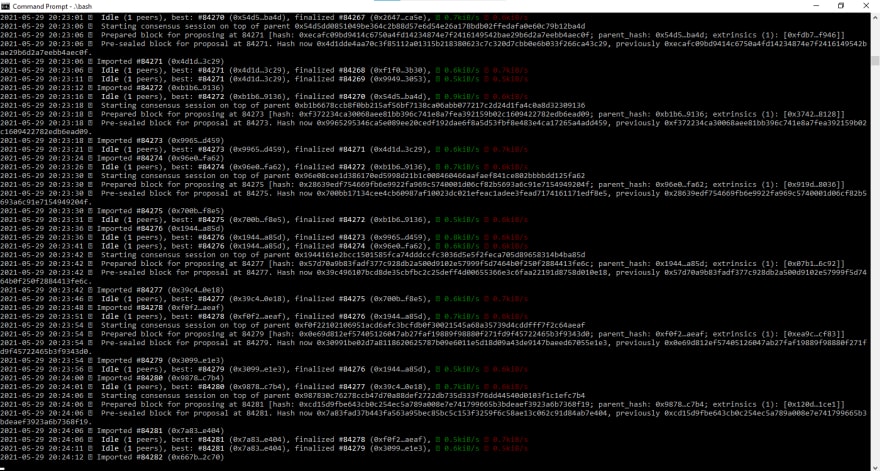 Time is of the essence, and as such this tutorial is being cut short. There will be updates to it in time. So far we have covered the basic requirements on getting started hacking Tetcore Nodes. Until Next Time: Thanks for Reading!

Blockchain technology in logistics: how can you gain a competitive advantage?