Step 0: Why are you doing this?

First you must decide on your purpose. Is this a twitter account for you or for your brand? Do you want it to be professional or personal? Being very clear about your intentions is important.

Other users are unlikely to follow you back if they don’t know anything about you. Especially if you haven’t tweeted much, how is another user to know if you are someone they might be interested in following? Filling in your profile picture, banner, first name, some basic information about you, links to your github or linkedin and maybe some of your interests is a great way for other users to determine if you are likely to produce tweets they are interested in seeing.

Here are some good examples of successful twitter accounts whose bios are very descriptive of who they are and what they tweet. 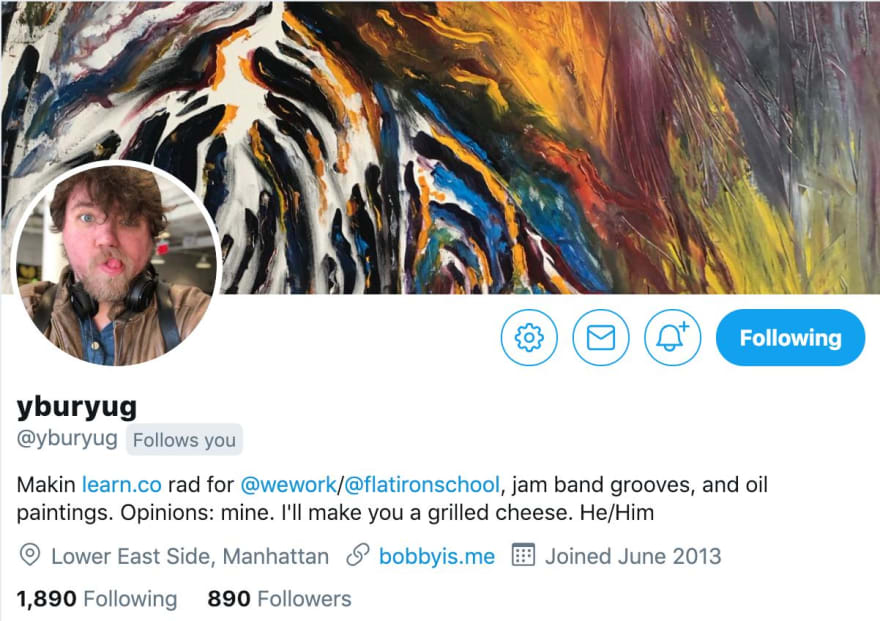 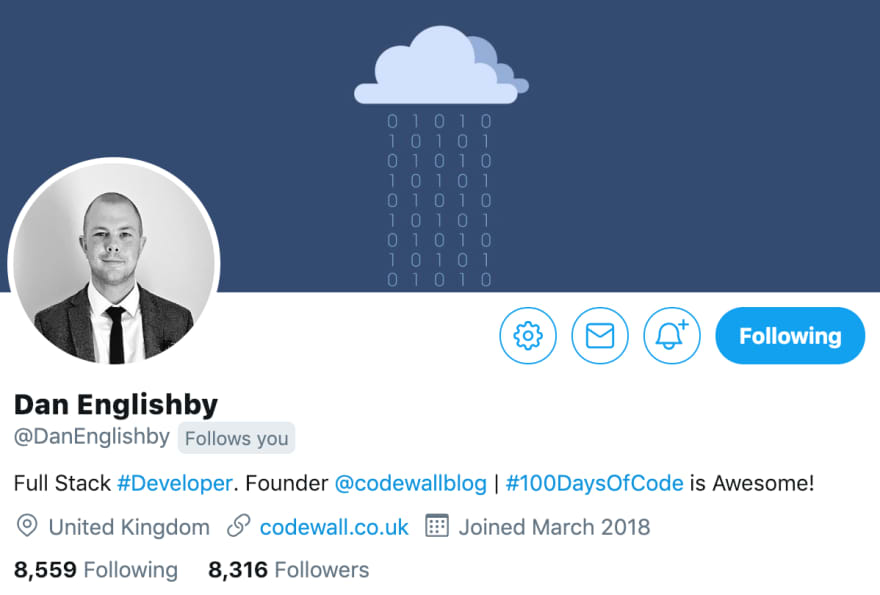 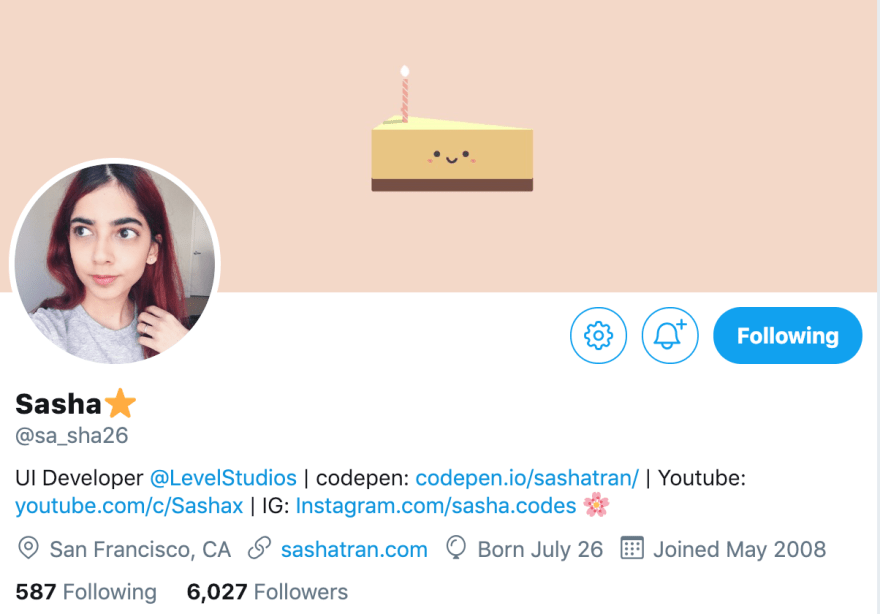 Tweeting just anything and adding hashtags to your most important words generally won’t net you any other users interacting with your content, unless the words you choose happen to be popular. A better way to go about this is to look at the popular hashtags trending. You’ll see two types of trends:

So here’s the deal: find a popular hashtag or trend and tweet with that hashtag or trend keyword. Find a current event to comment on or join a conversation that’s already happening. Speaking up with what you’re feeling and tagging #FeelingsFriday is much more likely to get other users interacting with you than just tweeting your feelings alone.

Commenting on popular tweets within a trend is another good way to generate user interaction. If you’re commenting on the president’s tweets, a celebrity’s, or merely a user with many followers, you’re likely to get other users commenting and liking your tweets.

Think about it from the viewer’s perspective: the action of liking a tweet is essentially saying “I agree with this,” or “I think this.” It’s much easier to agree with a position stated explicitly. Think about the type of post YOU would like. Would you be more compelled to like a statement or someone’s opinion about something? (Spoiler: statements tend to be more popular on twitter.)

There are plenty of companies, organizations, and other entities on twitter that bring people together for conversation. No matter the specific program, language, or framework you’re using, there’s an organization out there that’s worth tagging in your tweet. The entity will appreciate the representation, and depending on the entity, may even boost your tweets!

I hope this doesn't scare you away from Twitter! It can be a place where you make rewarding connections with users from around the world, but it does have downsides. Moving into the wider Twittersphere will sometimes net encounters with trolls or other people who wish to impact you negatively. Keep your block button handy, don't engage with trolls, and no matter how tempted you are, don't bother fighting with strangers on the internet. I mean, you can, but you'll end up with a much more negative Twitter experience.

A preemptive way to solve some of these problems is to join a blockchain. Other people have curated lists so you can avoid certain spheres of users. For example, if you identify strongly with a certain political persuasion and are going to get into political conversations, consider searching for a blockchain of users in the 'opposite' political sphere -- you'll filter out the trolls from the other camp but can still engage with users that converse in good faith.

Another instance in which blockchains can be useful is if you are apart of certain vulnerable communities: if you're a person of color, an LGBTQ person, etc. it's well worth seeking out blockchains of antagonistic individuals. You'll keep yourself safe and curate a more enjoyable social experience.

I hope this has been informative!! If you have other suggestions for a basic list of tips for Twitter success, leave them in the comments!

BEEP BOOP! How to make a Twitter Bot (Part 3)

BEEP BOOP! How to make a Twitter Bot (Part 1)