The Litmus developer community is not unfamiliar with the scaffolding utilities that the project provides to bootstrap chaos experiment code. There is a cool blog about it too. While the procedure helped developers get started quickly by generating all the necessary artifacts & laying out the standard experiment sequence, performing developer testing (popularly called DevTest) before the experiment got added into the litmus-e2e for regular pipeline runs was still a tad cumbersome.

Why Dev Testing On the Cluster is Necessary

As with any application for Kubernetes, the chaos experiments need to be tested, as we code along, in a Kubernetes cluster. While one can still run the experiment binaries by providing the right config (or the KUBECONFIG env variable), the developer is bound to make multiple runs with the experiment business logic running out of a pod in the cluster, as that is the eventual execution mode. This becomes especially important when these experiments need to be injected with config information in the form of ENV variables, config maps, secrets, or if they make use of host files at runtime.

Sometimes, the experiment may need to be run with a specific set of permissions or security policies, in which case the operational characteristics and experiment stability can be known only when it is run on an appropriate cluster environment.

Until now, this was being achieved by building Kubernetes Job manifests with all the run characteristics burned into the spec & running a private docker image from the developer's repository. However, in this model, any fixes/corrections, or enhancements would mean repeating the cycle - Fix Code -> Build Experiment -> Build Docker Image -> Push Docker Image -> Re-run Kubernetes Experiment Job. While one could churn out a quick script to do this, you would still need to maintain it & also update it for different experiments' needs. I would like to avoid this additional complexity, wouldn't you?

Okteto is a popular open-source project that enables you to perform what is called as "in-cluster development" by spinning up a dev environment (essentially a Kubernetes deployment on the cluster with the right base image replete with your favorite dev tools, described by a simple okteto.yaml manifest) consisting of the application source code. The terminal for this development container is provided right within your workspace, with any code changes made on your IDE getting reflected on the dev containers via a sync mechanism. This enables developers to run the latest code directly in the cluster, thereby accelerating what the Okteto community calls the "inner loop of development".

While Okteto is pretty nifty & helps people develop in the cluster, as the Litmus dev team, we needed a mechanism where the development container is spun-up with exactly the same dependencies and config parameters that the specific experiment desires. For example, the network chaos experiments need a different set of configuration params passed, to, say, a disk-based experiment. Here is where the swap mode of Okteto helps. While okteto can launch custom dev environments for your code, it can also swap container images on existing deployments, thereby inheriting all its properties. Here is a nice blog explaining this with a simple demo app. 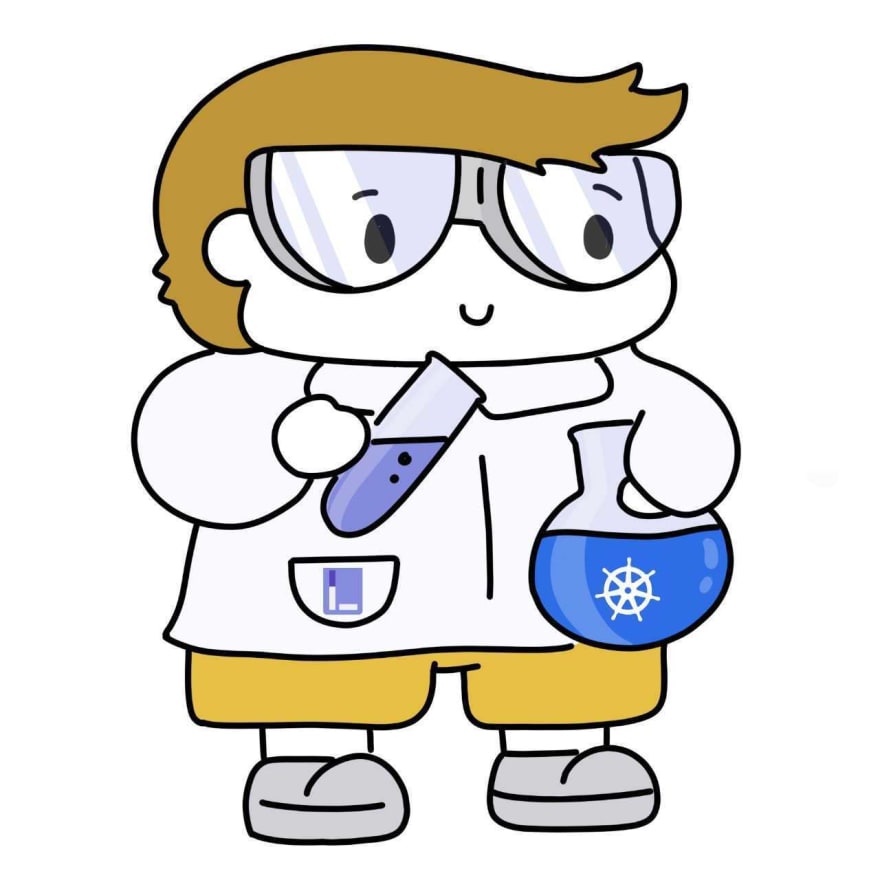 Based on this knowledge, we decided to tweak the scaffold utilities to generate a test deployment with the standard chaos experiment ENVs/other config details burned into the spec (such as the experiment-specific RBAC/service account), while using a busybox image that does nothing - instead of the experiment job spec, that you have been used to seeing. With this, you could update the manifest to include any missing info, deploy it on the cluster and eventually use okteto to swap the image on this deployment to that of the development container to kickstart your dev-test process.

Note: Refer to the previous (part-1) blog to go through the steps to bootstrap your experiment code. For the subsequent instructions, I assume you have gone through these initial steps. By this point, you must:

Now, let's get testing our changes in the cluster!!

This dev container inherits the env, serviceaccount & other
properties specified on the test deployment & is now suitable
for running the experiment.

As the Litmus community, we are always on the lookout for collaborating with cool projects & build/adopt techniques to simplify your life as chaos engineers & litmus developers. Give this a try & let us know your feedback!!