Hola! Are you a fan of codeless automation testing? If so, this product update announcement is for you. Taking one step ahead in our advocacy for making life easy for every tester like yourself, we have now integrated with LEAPWORK.

Let’s get right to the nitty-gritty of the integration. But if you haven’t heard of LEAPWORK yet, then here a quick introduction for you. 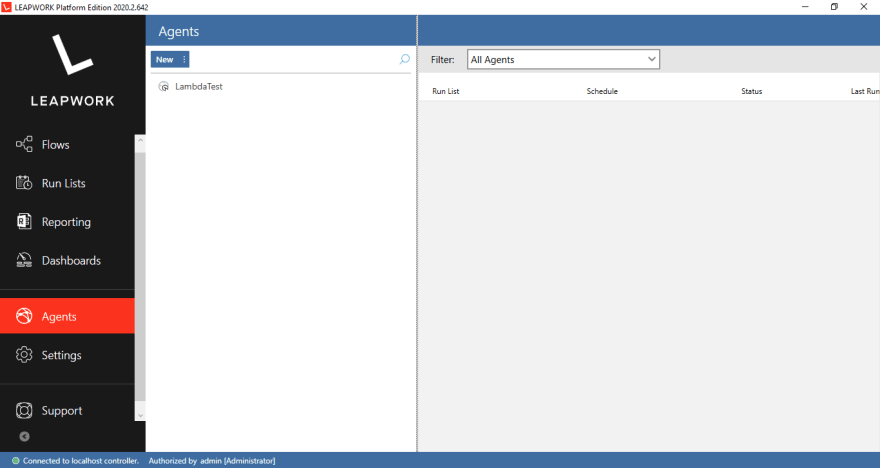 LEAPWORK also allows you to input heaps of data from spreadsheets or databases and manage them easily. The entire test automation process in LEAPWORK is data-driven, and they have made it relatively easy to call external sources with the help of APIs or HTTPs.

Why Use LEAPWORK For Codeless Automation?

Before the introduction of codeless automation, test automation was all about the code. Testing teams are usually under tremendous pressure not only to find bugs and resolve them but also to churn out the most fantastic codes that allow them to do that. With the help of LEAPWORK, your testing team can now focus on creating the best automation flows to get the job done efficiently. This is the reason why LEAPWORK is one of the most popular choices of testers for codeless automation. 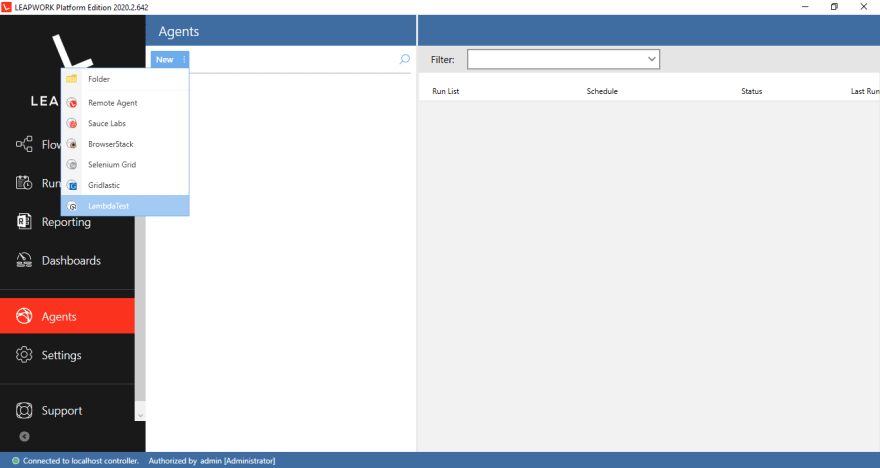 LambdaTest integration with LEAPWORK will help you run Selenium test automation on a combination of over 2000+ devices, browsers, and operating systems. All your test automation cycles will be running on our online Selenium grid directly from your LEAPWORK studio.

All you need to do is fill up a few fields to route your LEAPWORK test on LambdaTest Selenium Grid. 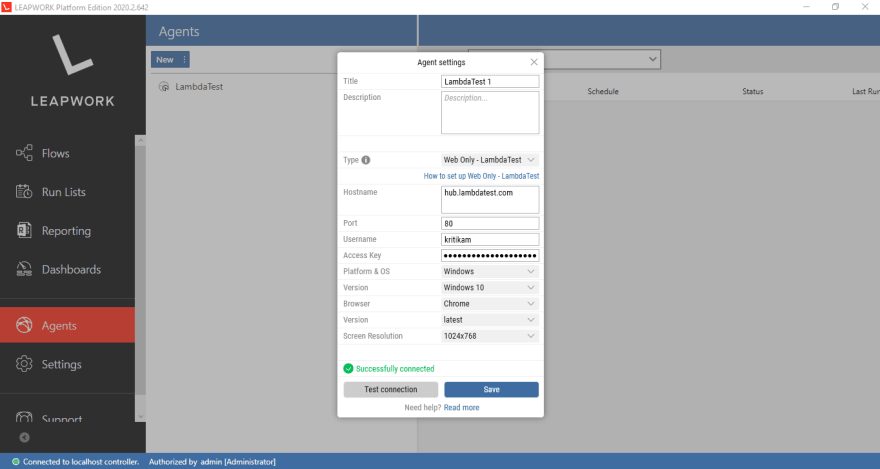 The best part about the integration is not just the lack of writing automation scripts but also the features provided by LambdaTest. These include test logs, issue tracker, video capture, Selenium automation logs, network logs, and so much more. An entire section is dedicated to providing all the details about exceptions, command, network, logs, and metadata under automation logs. You will be able to download all these files for forwarding it to your team.

Additionally, there’s also an ‘Analytics’ section, which allows you to dive deeper into the history of all the tests you have run so far. By using LambdaTest integration with LEAPWORK, you get the best of both worlds!

Step By Step Guide To Integrate LambdaTest With LEAPWORK

That Is Not All!

LambdaTest integration with LEAPWORK gives you the ease of executing automation testing over thousands of browsers and operating systems, without having to code a single line. So make sure to incorporate this integration into your testing routines.

Stay tuned for more such exciting integrations in the future. Happy Testing! 🙂

Check a URL with Selenium IDE

How to move from Manual to Automation Testing

Kritika
A technophile and bibliophile at heart, Kritika loves to experiment with different aspects of Digital Marketing. When not working, you will either find her sketching or backpacking.
Automated Cross Browser Testing With Jasmine Framework & Selenium
#selenium #jasmine #automation #crossbrowsertesting
27 Best Chrome Extensions For Developers In 2020
#chromeextensions #css #crossbrowsertesting #automationtesting
How To Use DataProviders In TestNG
#java #testing #selenium #automation

Once suspended, kritika_murari will not be able to comment or publish posts until their suspension is removed.

Once unsuspended, kritika_murari will be able to comment and publish posts again.

Once unpublished, all posts by kritika_murari will become hidden and only accessible to themselves.

If kritika_murari is not suspended, they can still re-publish their posts from their dashboard.

Once unpublished, this post will become invisible to the public and only accessible to Kritika.

Thanks for keeping DEV Community safe. Here is what you can do to flag kritika_murari:

Unflagging kritika_murari will restore default visibility to their posts.