I am a foreign student learning computer science in a French university and I would like to find a decent job.

I know that in France, most job opportunities are offered by the infamous outsourcing companies, that has long records of bad reputation. However, often other students say that they prefer these companies as they offer some first experiences in real life in the technology industry.

Well, IMHO, I doubt for the value of such experience as they likely work on numerous obsolete technologies and fresh new students don't have a choice - in my opinion it's rather a trap.

Here is the problem - with my profile, can I seek for a better possibility in a more decent company? Could I have some advices such like which field should I focus on to enhance my performance?

I have several personal projects on GitHub, including the one that I worked when I was in the 3rd year of bachelor, to "create a game where people write code to direct characters to move around and act" with ANTLR/Kotlin/React or Unity.

There are also things about compiling or languages but I admit that they are quite a messy.

I am also working for a company under the work-study program but I don't expect to stay in this company due to several reasons hard to disclose to the public. I am therefore wondering if it's possible to find an offer in fields such like client/front-end or 3d programming.

Besides, last week our school organised a contest to develop an app to visualise some data and interact with them. I had chosen Flutter since I would prefer to have an app that works on both iOS/macOS and Android. However I didn't know anything about Flutter before.

Here's the production in one week (many libraries were used but I had taken time for adaptions of widgets and tried to make a better visual design, I also used the MVVM for a better architecture): 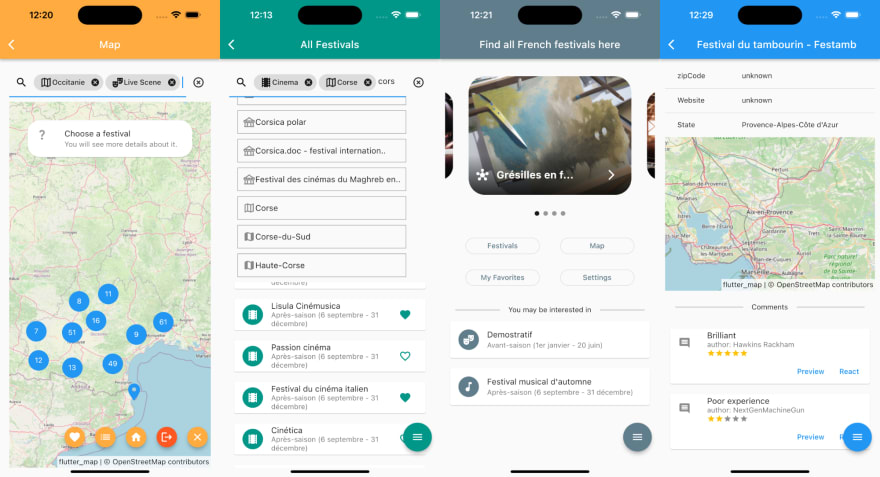 I am also working on several other personal projects though I have to admit that there's not much things that I could show off during an interview.

Therefore I would like to know if it's possible for me to find a decent opportunity instead of working for a French outsourcing company. Could it be really difficult to deal with the CDI and visa problems if I would like to join a startup?

Thank you for your reading and any possible advices!

Grinding when no one else is - AquaHub #5

Developers Should Write Because...

Once suspended, kokoro_aya will not be able to comment or publish posts until their suspension is removed.

Once unsuspended, kokoro_aya will be able to comment and publish posts again.

Once unpublished, all posts by kokoro_aya will become hidden and only accessible to themselves.

If kokoro_aya is not suspended, they can still re-publish their posts from their dashboard.

Once unpublished, this post will become invisible to the public and only accessible to kokoro_aya.

Thanks for keeping DEV Community 👩‍💻👨‍💻 safe. Here is what you can do to flag kokoro_aya:

Unflagging kokoro_aya will restore default visibility to their posts.