Today I would like to show you my example of creating a timer.⏱️

This is what the component looks like (in storybook) :

Programming language: JavaScript / TypeScript
Library: React
Usage: timer as a functional component using react-hooks,
Expectations: displays the elapsed time while taking the quiz and displays the total time in the last step that is the result of the quiz 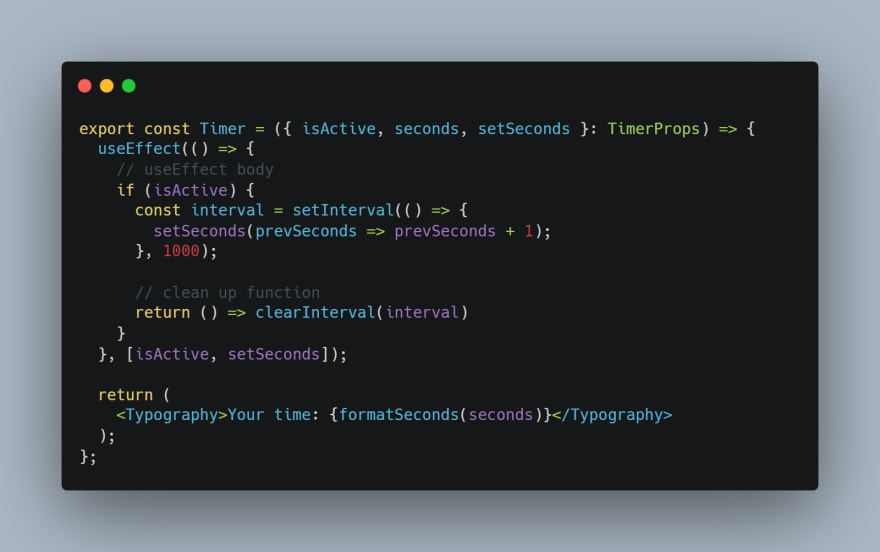 I create an arrow function called Timer and pass 3 arguments to it: isActive, seconds, setSeconds.

The body of the Timer function contains:

I'll pause here to explain why we're using the useEffect Hook.
When looking for information about useEffect, you can often encounter the following content: "The Effect Hook lets you perform side effects in function components.". Personally, that doesn't tell me much. So I will share how I understand it.

Another feature of using useEffect is that in addition to starting a timer, it will also handle a timer clean up, which should always happen before the component is unmounted.

The operation of useEffect and its updating can be made dependent on some other data using the dependency table. In this case, in the dependency array, I have put: isActive and setSeconds. The dependency on isActive is that when isActive changes to false, the clock should stop counting. The change will run again useEffect which on the second execution will start with the clearInterval cleaning function, then in the function body the if(isActive) condition will be checked again and the function will exit.

The second dependency setSeconds is making sure, that useEffect will always use the current version of this function.

For people who like diagrams😊- I have prepared my own diagram showing useEffect flow: 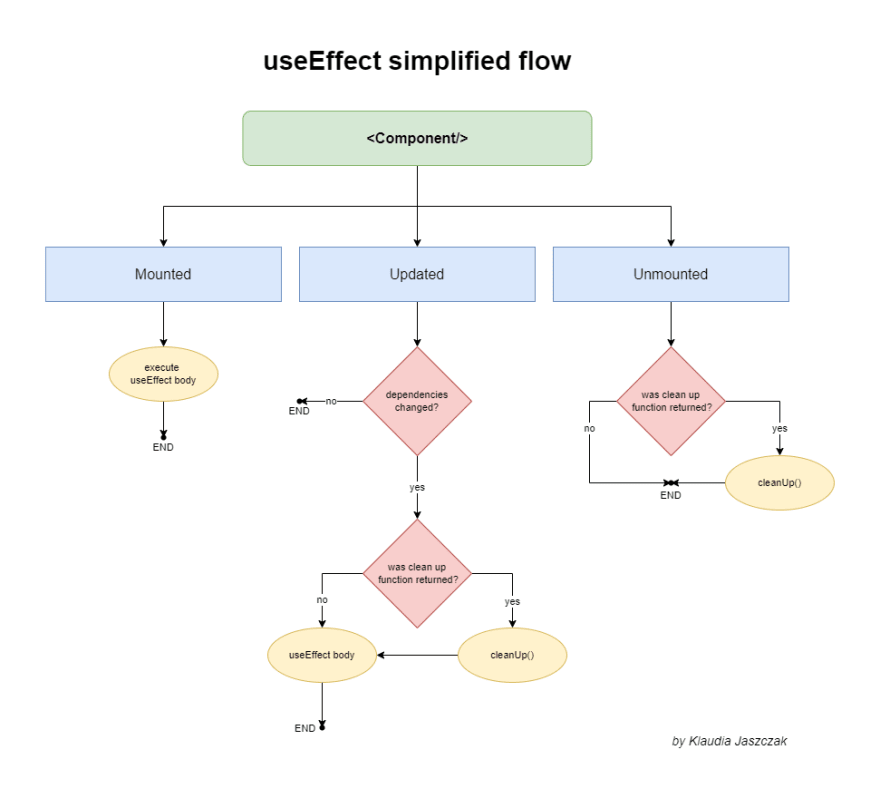 I display the elapsed time in hh:mm:ss format and use the formatSeconds function to get seconds into that format.

Finally, you can display a working Timer wherever you want on the page💁 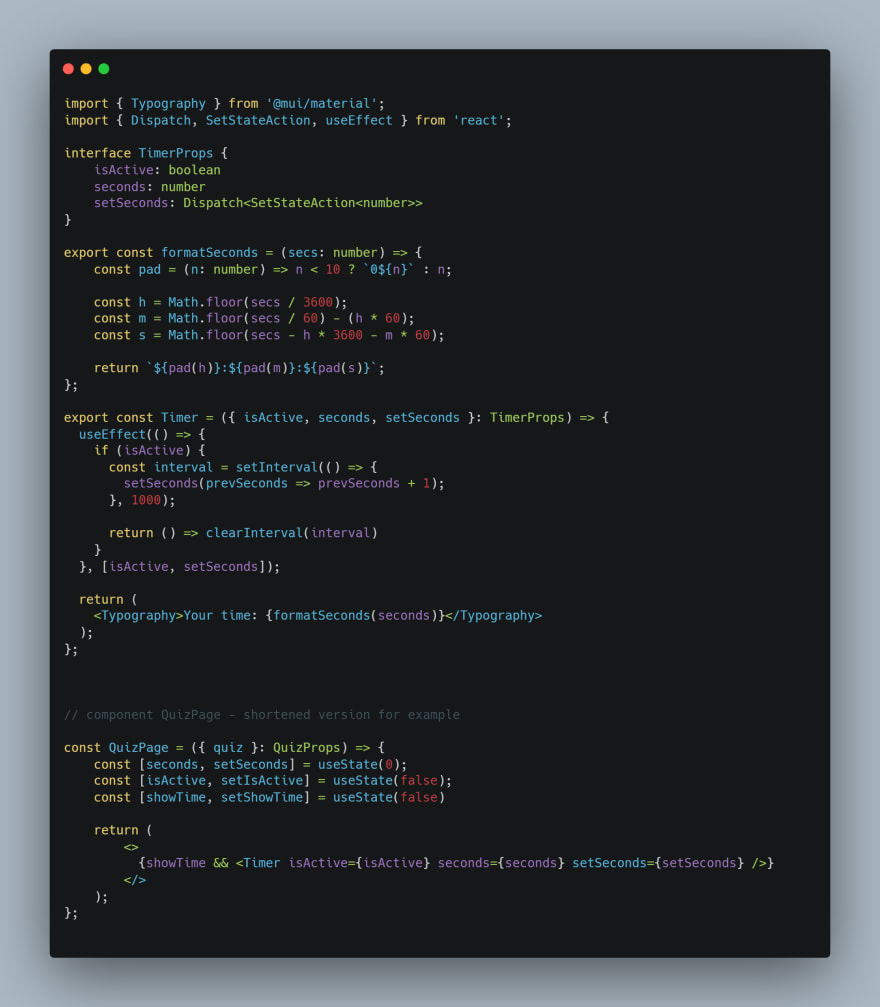 Once suspended, klaudiaj will not be able to comment or publish posts until their suspension is removed.

Once unsuspended, klaudiaj will be able to comment and publish posts again.

Once unpublished, all posts by klaudiaj will become hidden and only accessible to themselves.

If klaudiaj is not suspended, they can still re-publish their posts from their dashboard.

Once unpublished, this post will become invisible to the public and only accessible to Klaudia Jaszczak.

Thanks for keeping DEV Community 👩‍💻👨‍💻 safe. Here is what you can do to flag klaudiaj:

Unflagging klaudiaj will restore default visibility to their posts.