Relational databases store data in rows and columns inside tables. Those tables have relationships between each other. To keep everything nice and tidy, databases strive for normalization. Normalization is the process of reducing or eliminating redundant data to improve data integrity.

I created a database called Transport in SQL Server Management Studio SSMS. For this article, it is not necessary to download and use SSMS. This article is just a basic sketch of a database.

Here is a list of Data that will tie together:

The database needs to be created in a way to keep everything organized and efficient (Normalization). We can do this by creating:

Here are the 3 main tables:

Id is a primary key 🔑. A primary key’s main features are: It must contain a unique value for each row of data. It cannot contain null values (techopedia).

These two tables are necessary to create relationships.

Adding data to the tables

Note: no scientist rides a Raliegh or Trek bicycle.

Here are some screenshots that show the linking tables and a diagram of the table relationships. 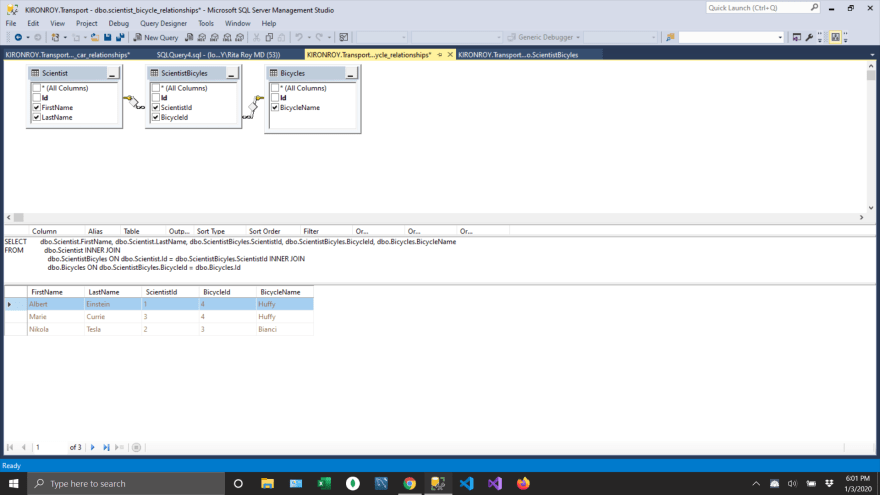 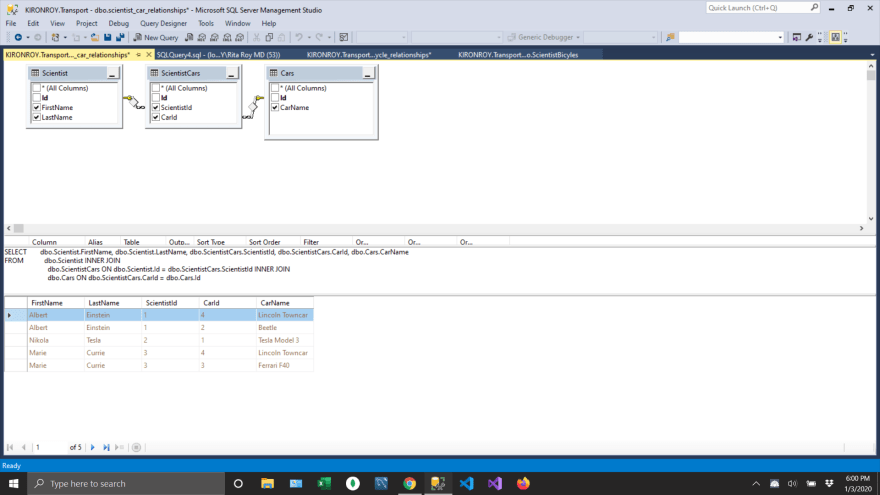 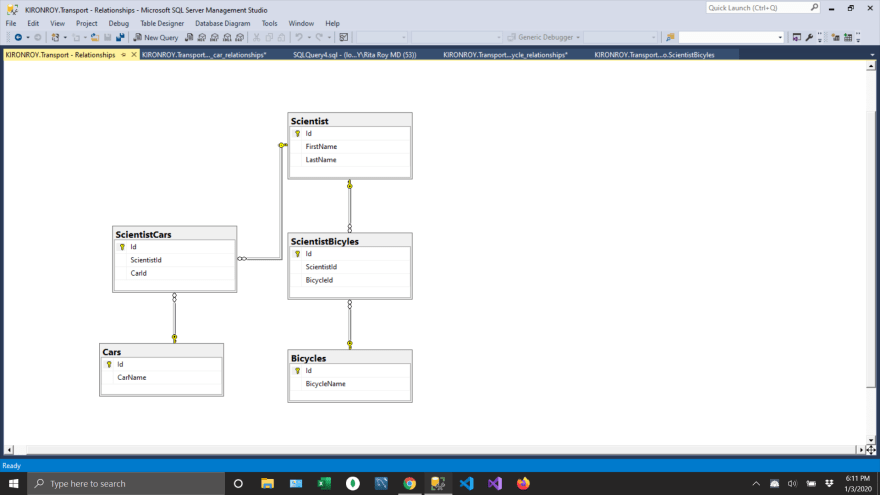