This article is a similar to my Scientists & Transport (SQL) Basics article.

I used data from my Dream Team 1992 C# console application:

and made a database in SSMS called DreamTeam92. You can open this in another window, it looks much better 🙂

This database has three tables:

In the Players table, the Height field is a float data type, which is a decimal number with less accuracy. This field doesn't need to be precise, because we are not dealing with money. For Example, Michael Jordan's Height is 6'6", and in the field it is represented as 6.06
The Players table is the primary table, the other two are linked to it.

Here is the diagram of the three tables: 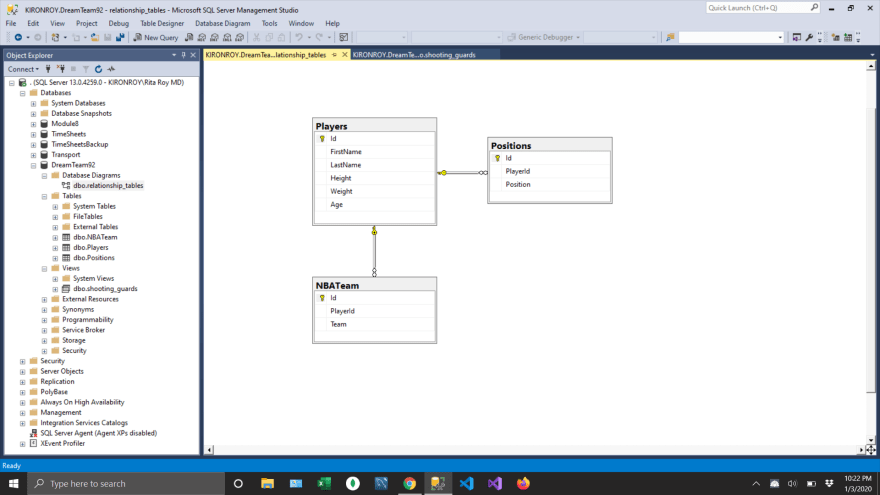 Here is slightly complicated query. It basically finds all the shooting guards on the Dream Team roster:

The key part is the last statement

Here is the result of that in a SSMS view : 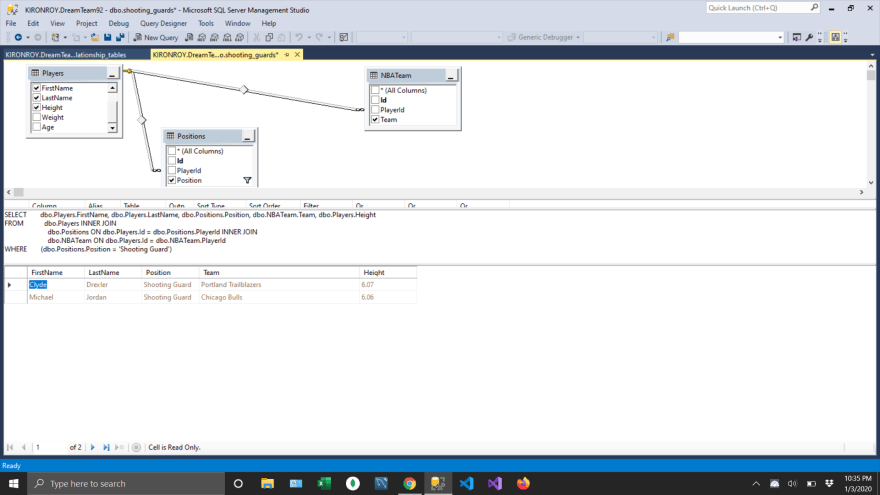 Here is a query that selects players from the Utah Jazz

Here is the result of that in a SSMS view : 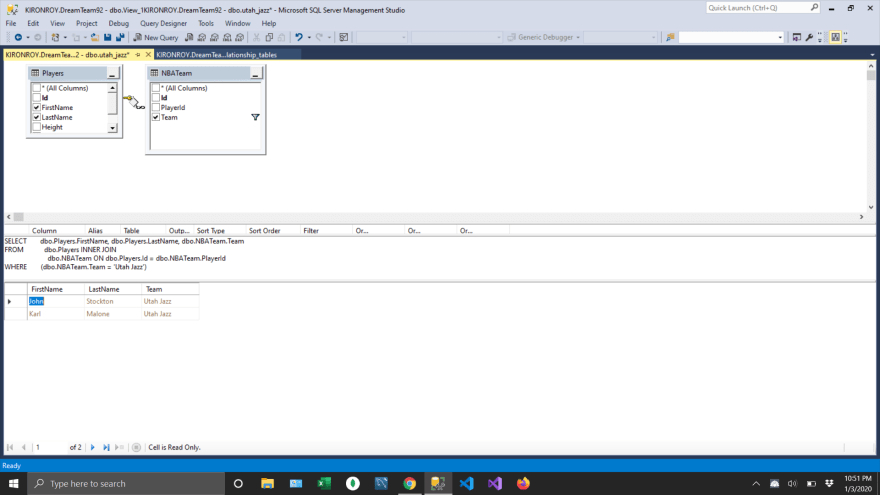 What you can build with JavaScript

5 Cool React Libraries You Should Know [not the usual one's]