Storyboard first introduced on iOS 5 is a feature for building UI (User Interface) on iOS app. Storyboard allows us to quickly build a UI because the process is done visually with little or no coding. 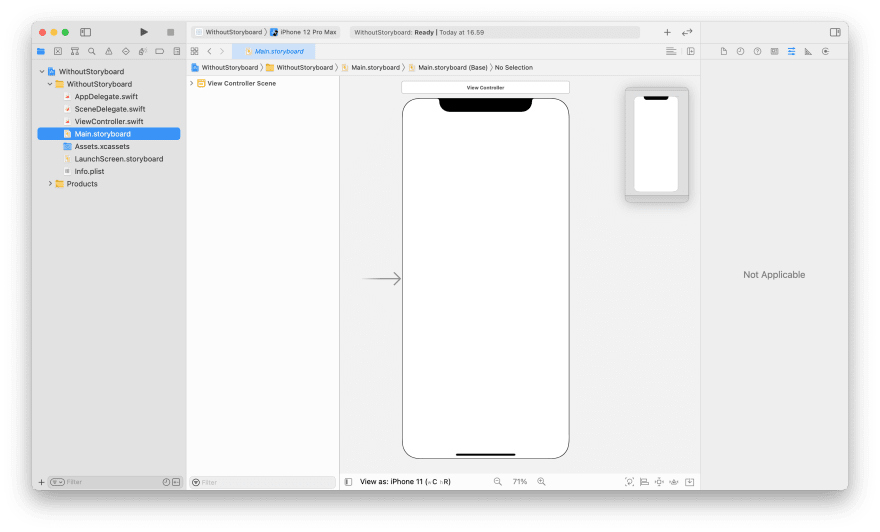 Setup a project without Storyboard

The first thing you need to do is create a new iOS project with UIKit using Xcode and remove the Main.storyboard file, if the Xcode shows the option to remove let’s select Move to Trash.

Next, open the SceneDelegate.swift file and change the body of the scene method onto code like below

Next, open the Info.plist file and remove Storyboard Name and Main storyboard file base name properties. 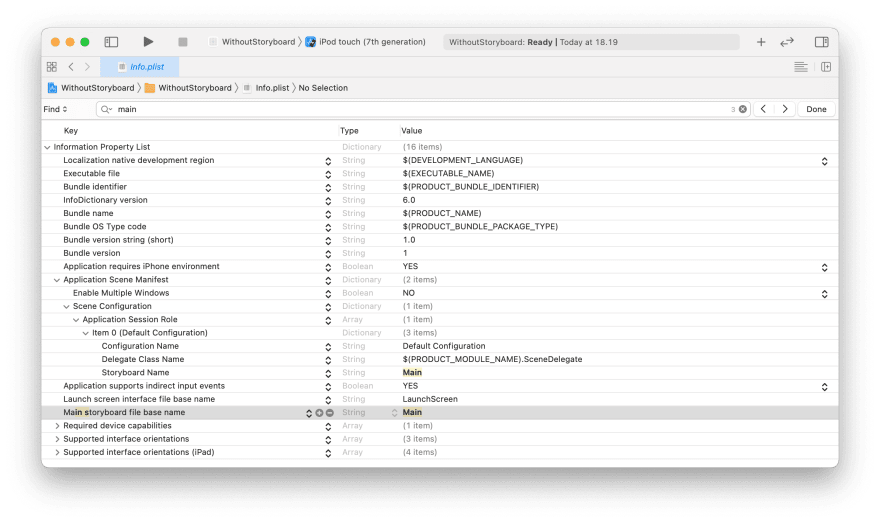 The last step, build and run the project. If the project running without errors then congrats! Now your project can run without Storyboard!

Kevin Hermawan
Software Engineer
What are your recurring expenses as a developer?
#watercooler #career #business #finances
If you run a Github organisation you must do this now!
#opensource #portfolio #github #productivity
20 Killer JavaScript One Liners ☝️
#javascript #github #programming #productivity