The first command we have on our list is sfc standing for System File Checker, is a command that will look into the system protect files and make sure they aren't corrupted or out-of-date, if sfc does find corrupted files, or files with incorrect versions, it will then replace the files with the current Microsoft up-to date versions. The most basic usage of this command would be sfc /scannow 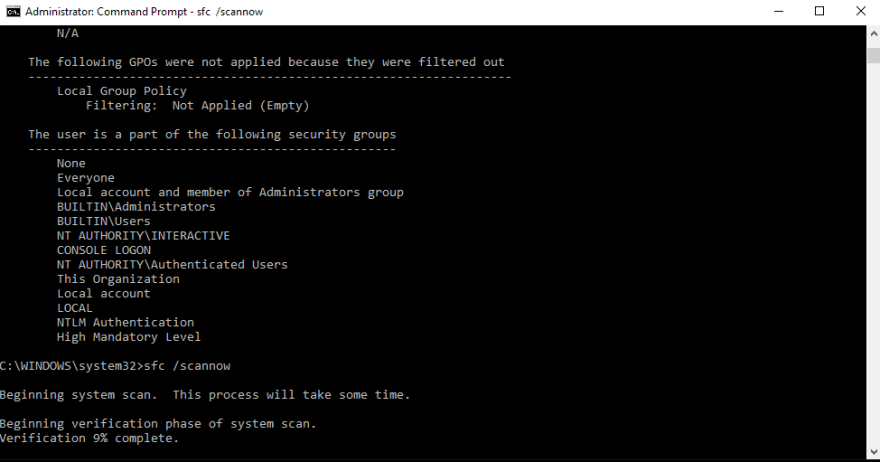 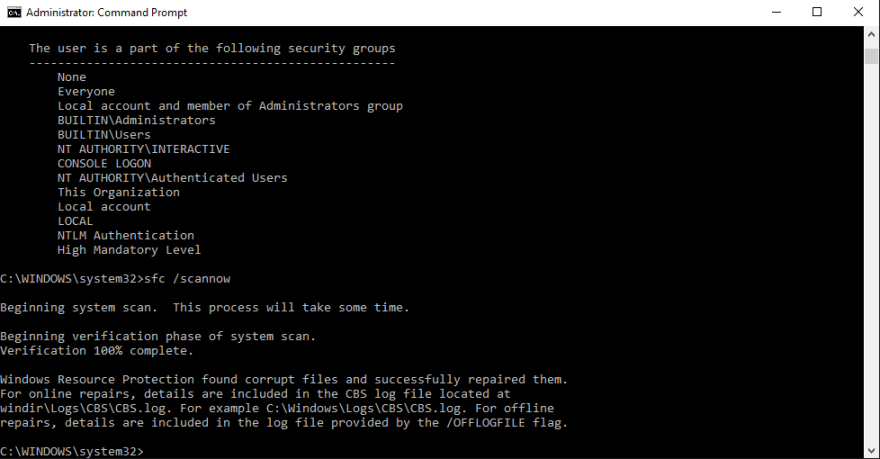 Oops! sfc found corrupt files, but if you notice sfc was able to repair them.

The second command we have on our list would be dism, also known as Deployment Image Servicing, dism does the same thing as sfc but in a more in depth way, by installing, uninstalling, configuring, packing and updating features in a windows image. It will find the version of windows that's on the current computer and compare it to the Microsoft official website version. dism /online /cleanup-image /restorehealth

NOTE: This program takes forever to run, around 30-mins, once this program is finished running it's always a good idea to re-run sfc, to make sure everything is intact.

The last command we have on our list is the chkdsk, which stands for check disk is used to check a disk and repair or recover data on a drive. If any sectors are found to be bad, chkdsk will mark it down as "bad". 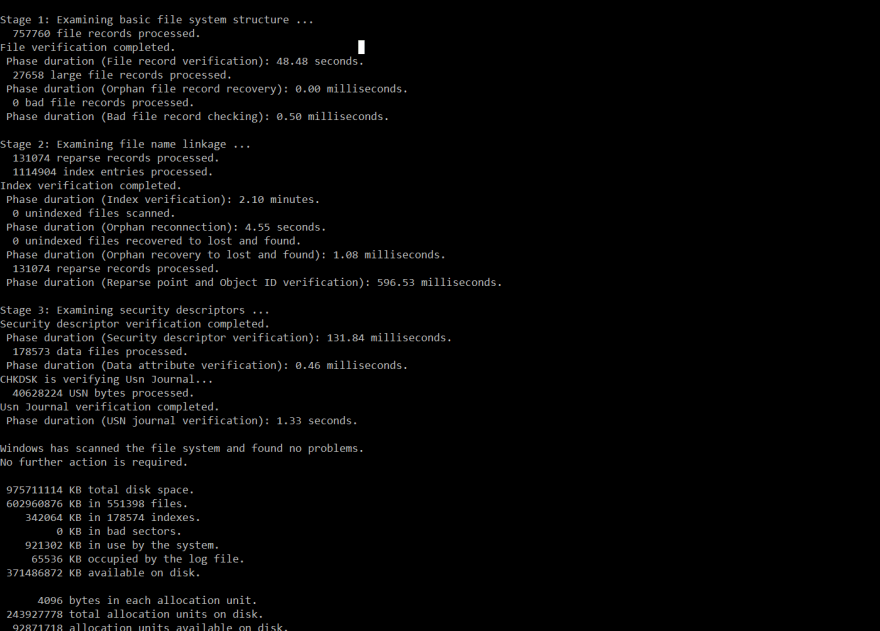 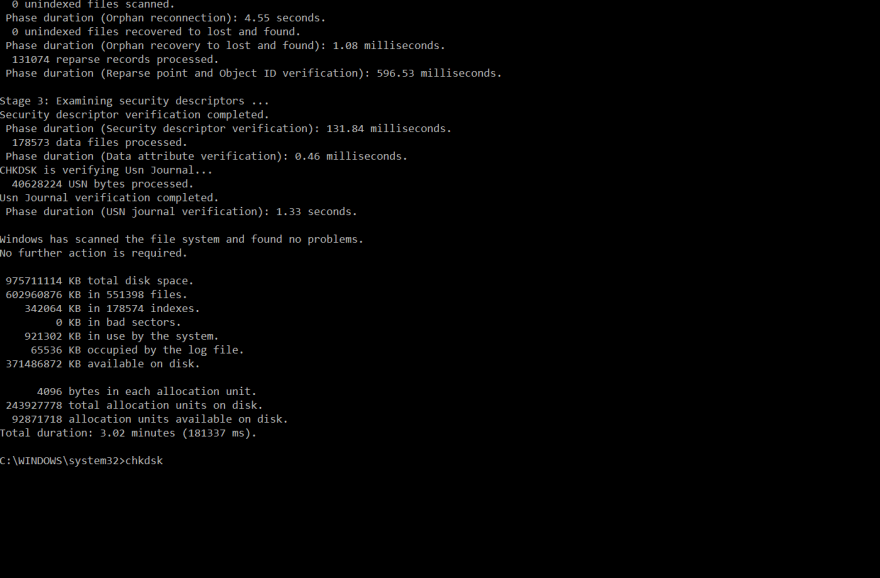 Now chkdsk ran by itself won't fix any bad sectors, but if we add a flag such as chkdsk /f, /f meaning /f = Fixes errors on the disk it will then go into the drive and fix the bad sectors.

Wavelet Buffer In A Nutshell

Once suspended, kenjidoom will not be able to comment or publish posts until their suspension is removed.

Once unsuspended, kenjidoom will be able to comment and publish posts again.

Once unpublished, all posts by kenjidoom will become hidden and only accessible to themselves.

If kenjidoom is not suspended, they can still re-publish their posts from their dashboard.

Once unpublished, this post will become invisible to the public and only accessible to KenjiDoom.

Thanks for keeping DEV Community 👩‍💻👨‍💻 safe. Here is what you can do to flag kenjidoom:

Unflagging kenjidoom will restore default visibility to their posts.