I joined Dev.to about a year ago because it was a very welcoming space. As a black man, I thought it was a safe space where I could be 60% me. Why not 100%? Well, I was hesitant to bring my whole self because I was fearful that someone would make assumptions about me solely based on the color of my skin. That's why when I joined, I decided not to add a profile photo. I thought, "If I don't put up a profile photo, maybe they will be nice to me and see what I offer without judgment"

I took a chance and moved from "Lurker" to "Participant" 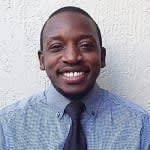 I am changing my Dev.to status from "Lurker" to "Participant"

Now, I feel somewhat comfortable sharing how I feel. I was going to write a post about Covid-19 and the Black Lives Matter protest but a friend (Damion) already summed up.

I’m wearing a mask, but it’s not COVID-19 related ...This is
exactly how I felt last week at work. There is a real fine balance
between talking about social issues with your team, peers, and
executives for fear of you saying something wrong, someone else saying something wrong, or something being said and taken out of
context. Fortunately, I work for a company where this is encouraged
(through my experience) to bring diverse thoughts to the table and as we say internally, “bring your whole self to work.”

For the first time in my 4.5 years, I felt like I couldn’t bring my
whole self to work. To be clear, it wasn’t because of the actions of anyone at work, it was because I felt completely smothered by the
events that have happened over the past several weeks. Ahmaud Arbery, Central Park 'Karen', Patricia Ripely, Breonna Taylor, and most
recently George Floyd all have a common denominator, they directly
impact the Black Community and people who look just like me.

I had to wear a mask… because I had work to do! I had one of my largest projects kick off on Tuesday and I needed to show up for my team. There is no way I could leave them hanging. Behind the scenes, I was hurt, I was angry, I was frustrated, I was terrified, there were several times I had to turn off video on Zoom because I was literally in tears. But I had to put my mask on and step up for the team, as I mentioned before, there was no way I was going to let them down. Very few people within my internal teams knew I was fighting these feelings, but the few who did, showed a ton of support.

In conclusion, for those of you who know me well, you know I am an eternal optimist. This week my optimism was definitely challenged. The mask I wore carried me through the week and gave me the fortitude to share my thoughts, feelings, and be vulnerable with my network. My family, friends, co-workers, and network are definitely a pillar of strength. I appreciate every single one of you.

How I customized a video Player + bonus(fullscreen video)

What is an ssh-agent ?

Once suspended, kawhyte will not be able to comment or publish posts until their suspension is removed.

Once unsuspended, kawhyte will be able to comment and publish posts again.

Once unpublished, all posts by kawhyte will become hidden and only accessible to themselves.

If kawhyte is not suspended, they can still re-publish their posts from their dashboard.

Once unpublished, this post will become invisible to the public and only accessible to Kenny Whyte.

Thanks for keeping DEV Community 👩‍💻👨‍💻 safe. Here is what you can do to flag kawhyte:

Unflagging kawhyte will restore default visibility to their posts.