In the puzzle, we are also asked to look at escaped characters too. Here's Part 1: 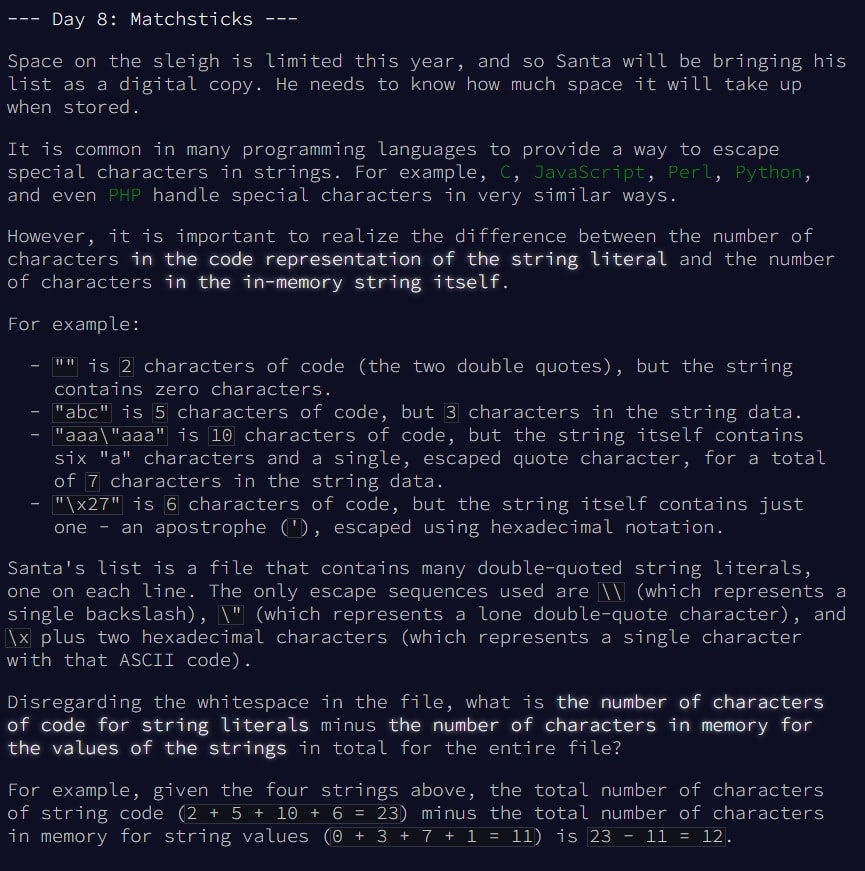 There are three types of escape sequences we're asked to deal with:

The easiest way to deal with this is to load each string and apply eval() to it, assuming AoC wouldn't do anything naughty with their puzzle input. But running eval() against unknown strings is generally a bad idea (you could end up running someone else's code inside yours!). Thankfully there's another version of eval() in the Python Abstract Syntax Tree library that evaluates a string without executing it: literal_eval(). This makes the Part 1 code pretty short:

Part 2 has us going the other way: 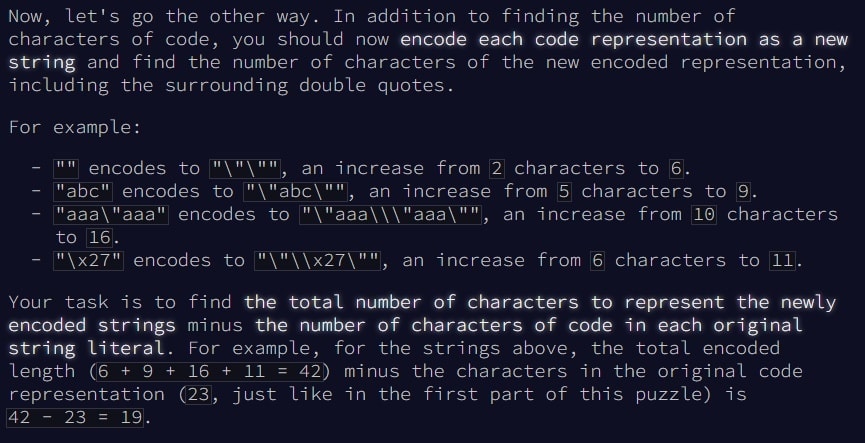 I'm afraid I stared at this for a long time before I realised I could simply do some simple addition!

Every string is going to be two characters longer, as we'll be adding quotation marks to each end.

As for the quotation marks in the string itself, each will need to be escaped with an extra character, as well as any backslashes. I decided to simply count these characters the same way I counted vowels on Day 5, making for some very short code:

[Note that to search for a backslash that you're planning to escape, you need to escape it in the search string! 😀]

There are several one liners in the megathread, but I was pretty happy with my code. It's pretty short while still being (imho) pretty readable.