A huge puzzle today, that depends on both binary operators and recursion. I hate recursion! (Which is another way of saying I'm not very good at it.)

Here's the puzzle (Part 1, anyway) in all its glory (click to expand): 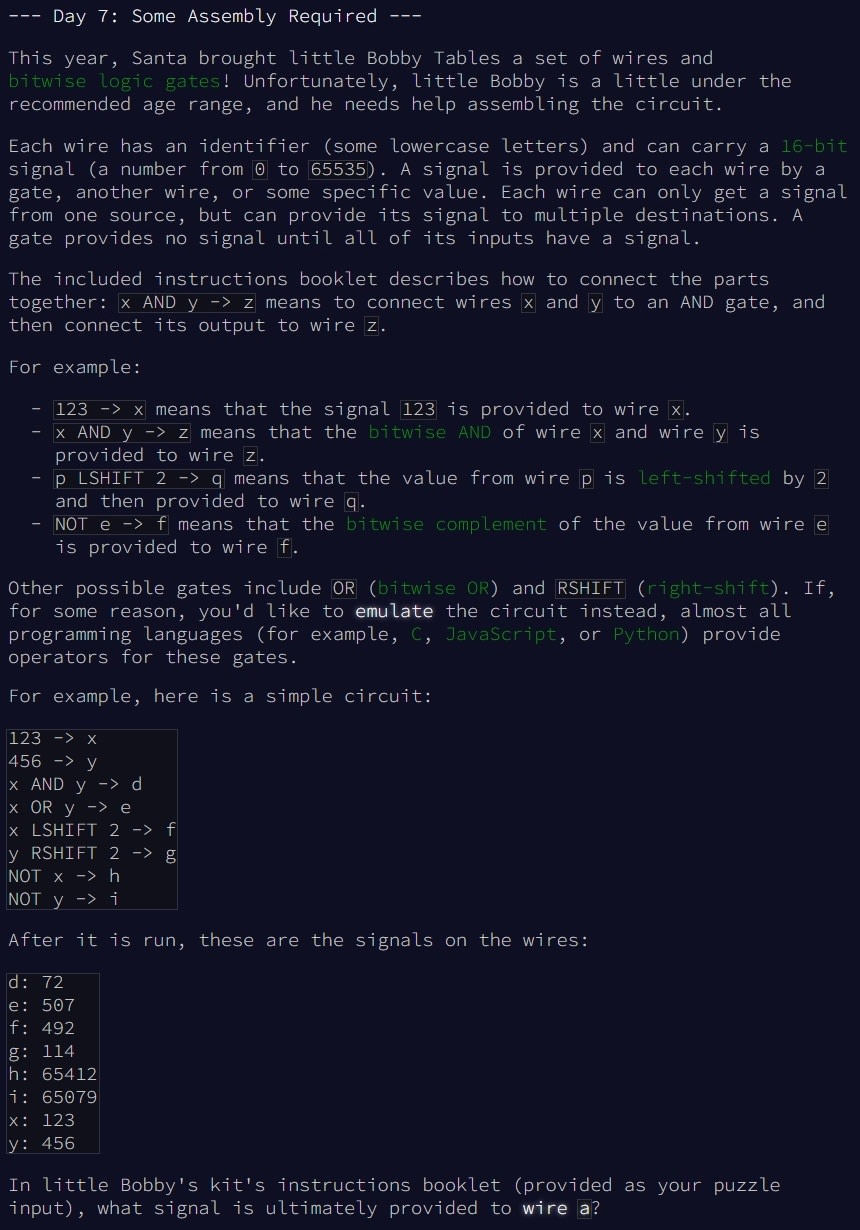 The first thing I had to do was remind myself how to do binary operations in Python, as it's not an everyday topic:

Thankfully, by having to Google around for these I discovered why I was having problems with the test data. In the line NOT x -> h where x has already been set to 123, the puzzle says we should end up with 65412, and I was getting -124. This is a case of needing to read the puzzle carefully, which I eventually did. The puzzle says the value on the wire can be a number from 0 to 65535, which is another way of saying unsigned integer! How to keep a number in the range 0 to 65535 when you NOT it? Two ways:

LSHIFT can also take wire values outside the allowed range, as each LSHIFT doubles the number, so I used & 65535 for LSHIFT too.

The first thing I did was to load all the instructions into a dictionary, keyed on the destination wire:

The result of this is that an instruction like ly OR lz -> ma becomes wires{'ma': ['ly', 'OR', 'lz']}. Having loaded all these, we can start our recursion. In a pure recursion, I found I was going round and round in loops, but when I rewrote it to store 'solved' wires, the code found a solution pretty quickly:

The reason I store the solution for Part 1 in a variable instead of printing it directly, is because it's needed for Part 2, which is mercifully short:

Thankfully, this made the code for Part 2 very straightforward too. I simply overrode the value of wire b and ran again:

Recursion is so efficient when you get it right, but getting it right can be a real pain. Credit to anyone who got on the leader board that day. Unsurprisingly, the word 'golf' doesn't appear on the megathread for that day, and there are a lot of lines of code in most posts.