I remember going to a local mall in New Jersey and walking into a T-Mobile store back in 2014. I had just moved to the US the previous year, and I was just about sick of using Google Voice to keep in touch with people. Opening my laptop just to send a text or make a call wasn't very convenient. Unfortunately, it was all I could afford to do because I didn't even have a working phone at that time. I was a recent graduate and very unemployed. So I said to myself that the minute I get hired for a job I was going to get myself a new phone.

I don't think I've ever even heard of an unlimited data plan back then. The thought of having WiFi-like access to the Internet wherever I went was absurd. Sure I can understand unlimited text and calls—I had that back in the Philippines—but data felt different. Unlimited data opens up a world of video, images, music, and a whole lot of Wikipedia to prove who's right whenever you're with friends or family. And at $50? It felt like a steal for the benefit that I would get from it: The whole of the Internet in my pocket, whenever I want it.

The peak of my unlimited data usage was when I traveled around the US in 2017 for 8 solid months. At that time I truly did depend on my phone having service and Internet because I needed to do some work while I was on the road. At least, that was my justification for switching to an even more expensive Verizon plan at $85. 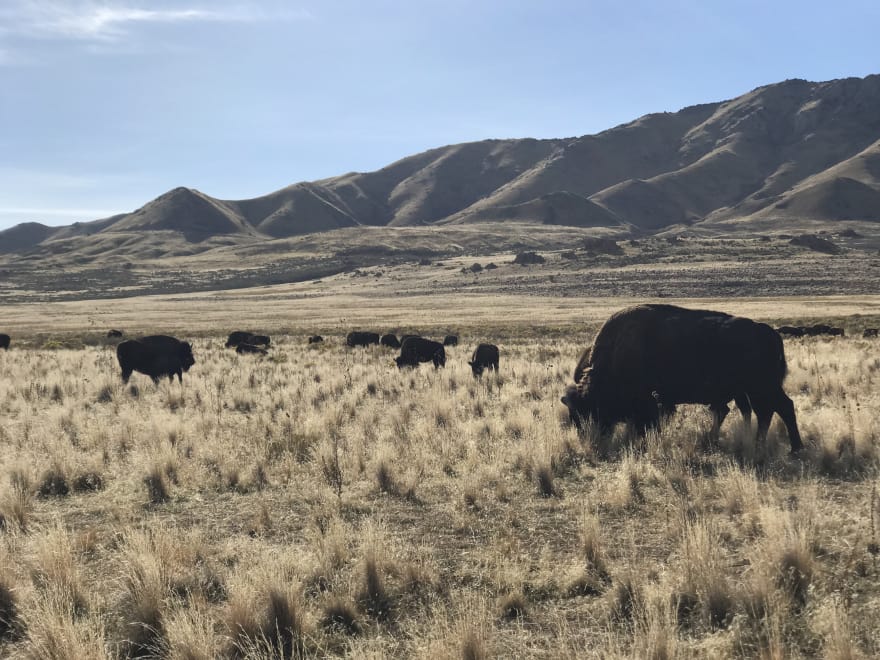 It was honestly a luxury having access to the Internet even when I was out in the middle of nowhere. What better way to prove that I was enjoying myself but through some pictures on Instagram? But in the end I realized that I didn't really need that much data for work because I was usually at a coffee shop or at a co-working space with WiFi anyway.

Believing that everyone else is just like you is, of course, not great when you're in the business of making websites. This is also where most of the issues in accessibility come up: We think that most people are able-bodied just like us and that they use the same fast computers, big screens, and the latest phones that we use when we're testing out our work. But reality is much more different and diverse than that. Just visit your parents or your aunts and uncles and you'll see computers that have been permanent fixtures on their house and are running antiquated browsers that you would never want to touch.

So after all these years of having unlimited data, I started to believe that this was in fact the norm and that everyone in the US had one. Whenever I thought about optimizing a webpage, I always assumed that it would be for people who are outside of the US or for people who had slow 3G speeds on the road. It never occured to me to think about bandwidth costs because why wouldn't you get unlimited data? Isn't it a small price to pay for having access to all that information?

But people have different priorities, and I realized that when I was doing an audit of my finances and questioned every single purchase that I was making. I asked, "Do I really need unlimited data?" I knew that I always had access to Wi-Fi on most days so I probably didn't, and I thought it was best to save that money instead. So I started looking for alternatives.

It turns out that there are a lot of options out there. There are whole companies outside of the big four such as Ting Mobile, Google Fi, and Republic Wireless that offer data plans based on your usage instead of giving you a flat fee for unlimited data. Additionally, there are brands that have spun out of the largest mobile providers to cater to people who want to cut costs: Metro (T-Mobile), Boost (Sprint), and Cricket (AT&T) are some brands that generally have cheaper offerings compared to their parent companies. This means that there must be a market for low-cost, non-unlimited plans if there are these many companies trying to get our attention.

The Cost of Webpages

So where am I going with this? If you're someone who makes websites, it's good to be aware of some of your biases and assumptions. When it comes to mobile data, know that some of your customers will watch their data usage because data can be expensive once they're outside the reach of their WiFi:

So if you went to The New York Times, you'd have to pay around $0.20 for just visiting the home page (assuming no ad blocker, no cached assets, and on desktop). Speaking of, they ran the costs of several news websites back in 2015 and it shows how expensive web browsing can get for some people. 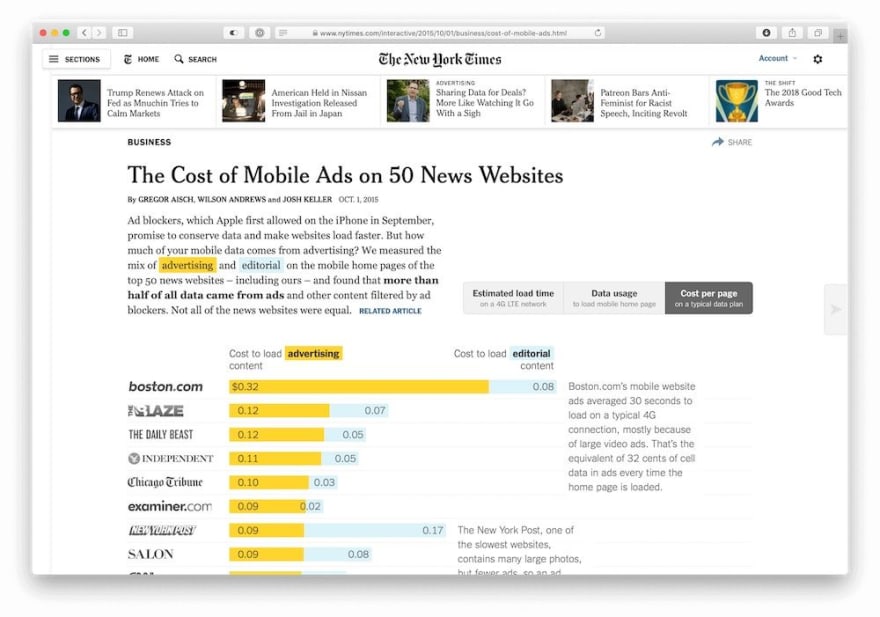 You can use a tool called What Does My Site Cost? to get approximate costs of any website across different countries—including your own website.

What You Can Do

As a consumer, the best you can do is to use an ad blocker to cut down on data. But as a web developer, there are a lot of resources out there that you can use to learn about optimizing your websites for your visitors:

The technical decisions that you choose for your website will affect your users, and many people who are using your website aren't necessarily in ideal situations. Networks are unreliable, bandwidth is expensive, and their browsers are outdated. The best path forward is to be inclusive and resilient.

Hello! I run a podcast called Friends Talk Frontend and work as a Frontend Designer at DuckDuckGo.

Setting up Polaris React components in your Shopify App with Laravel