Here in this article, we are going to learn about CSS parsing phase.

First, let do a quick review of the terms that we find in a CSS rule. A rule consists of a selector and a declaration block.

Selector is use to select one or more HTML element that we want to style. Each declaration consists of a CSS property and its corresponding value. This value we assign to the property is called the declared value.

Cascading is the process of combining different stylesheet and resolving conflicts between different CSS rules and declarations when having more than one rules that are applicable to a certain element.

Eg: font-size property can appear in several stylesheets and also several times inside one single stylesheet.

CSS come from these different sources:

Cascade combines the CSS declarations coming from all these different sources.

But how does the cascade actually resolve conflicts?
It does it by looking at the importance, specificity and source order of conflicting declarations in order to determine which one takes the precedence.

Here is the order how we look at the importance, specificity and source order for all the matching rules.

A rule that has !important directive is always applied no matter where that rule appears in the CSS document.

Let's look at an example to better understand :

Lots of time we will just have a bunch of conflicting rules in our author stylesheets without any important keyword. In this case, all the declarations have the exact same importance. If this is the case, the cascade does is calculate and compare the specificities of the declaration selectors.

There are four categories which define the specificity level of a selector:

We have 4 slots, and each one of them starts at 0. 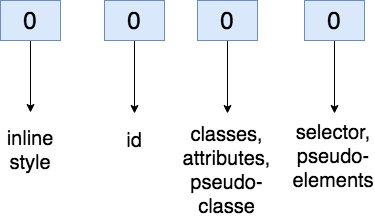 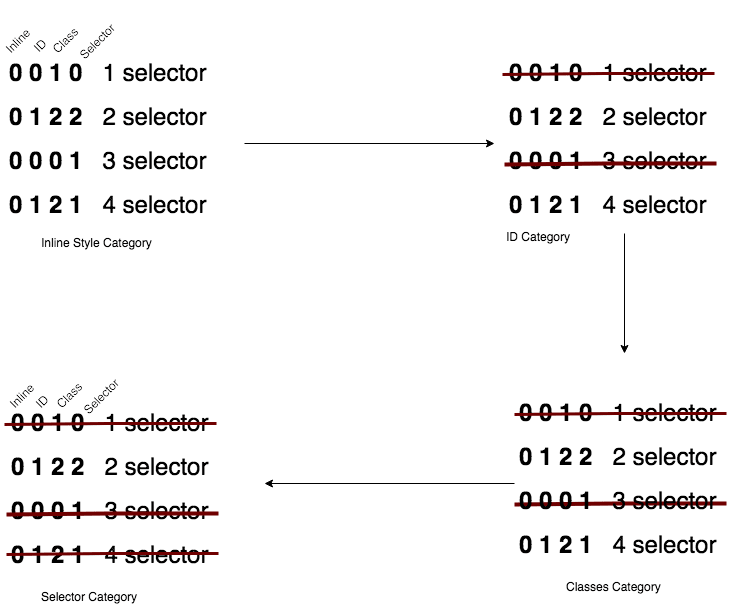 I hope this article is useful to you. Thanks for reading & Keep Learning !!

What's an awesome VS Code extension you recently installed?

I just came across a simple yet awesome VS Code extension tonight care of Elija...

What problems does Docker really solve? 🐳

HOW TO CREATE A CUSTOM PROGRESS BAR