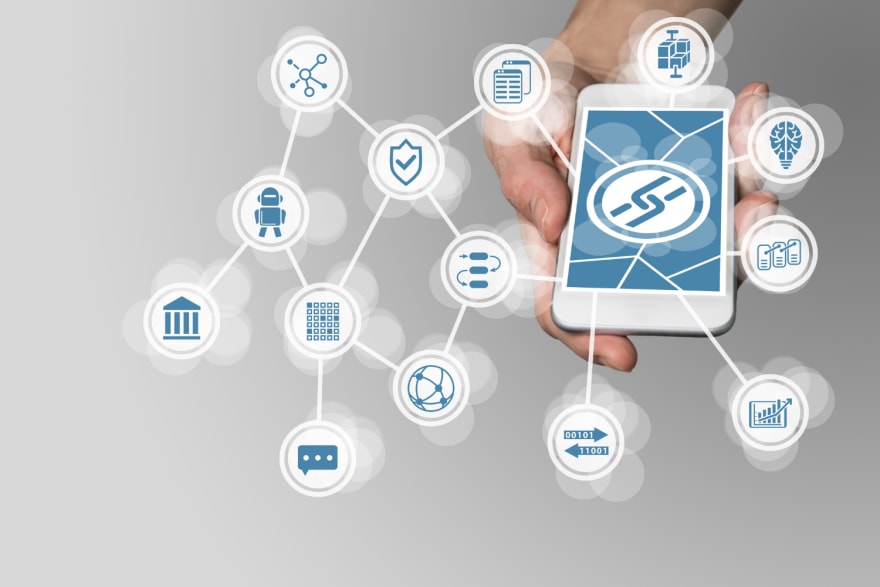 Blockchain is a digitally distributed public ledger system. Data is uploaded and secured in a blockchain network with the use of cryptography. Initially emerging as a backbone for cryptocurrency, it is now being used widely in different industries.

Blockchain may have begun as a backbone for cryptocurrency, but today its uses are increasing in other industries as well. Here are the top six uses of blockchain in real life.

It’s no wonder that blockchain use is increasing in the financial sector. It began as a core technology for online cryptocurrency, and now it is being used for various financial services as well.

The immutable and encrypted features of a blockchain make it perfect for trading and stock market management. You can manage cross-border payments easily and swiftly with blockchain tech. These transactions are done faster than any kind of money transferring services and are completely protected.

Since the information stored in these blockchain ledgers is immutable, stored data can not be changed or tampered with. Which is why it is perfect for preventing fraud in insurance and money laundering.

Trade.io has already started the use of blockchain in the trading platform. They also have their own token called TradeToken. When it comes to blockchain based money transfer, Ripple has been changing the game by implementing blockchain technology to make money transferring easy and swift.

The matter of blockchain and healthcare may seem a little confusing but trust us when we say these two go together well. There are plenty of real-life cases where blockchain can be used in the healthcare industry.

Estonia, a country located in Europe, has been using blockchain since 2012. Today all of the healthcare billing is managed with blockchain technology. They have also succeeded in digitizing 99% of all prescription information.

Because of its encrypted quality, it is perfect to protect the land records. Data stored in blockchains are hard to tamper with. So a detailed land record will be perfectly safe when stored in a blockchain.

Startups such as Propy and Harbor are using blockchain technology to revolutionize buying and selling properties.

What does food security even have to do with blockchain?

Using public ledger technology, food suppliers are bringing transparency into the food industry. With this, the consumer can track the origin of the food they are buying. The recent news of Walmart using blockchain for food security is making it evident that we do need blockchain technology for our food security.

The transparency of the food supply chain increases when suppliers upload all the details about the products they have been growing. This way if there is a problem with the product, like the E.coli outbreak from romain lettuce, the product can be tracked down to its origin.

The decentralized and encrypted blockchain network is the perfect answer to the threats against cybersecurity. Every information that is stored in the blockchain is encrypted using cryptography. It is immutable, meaning it can not be changed or tampered with.

The use of private blockchain is another way of securing data. Used by banking and business corporations, the participants on a private blockchain have to get permission before joining the platform. Even after they join, they are limited from completely reading all the data. This is to protect the secrecy and integrity of business operations.

Blockchain technology is even taking over the voting system, but there is some matter of disagreement about it.

Voting is a matter of fair representation and an equal voice. But, the traditional balloting system used in votings is easier to manipulate during the counting sessions. Many people are suggesting blockchain as an answer to that.

But there are certain challenges that come with implementing blockchain technology in the public voting system. The main problem being the fact that most ordinary people don’t know about blockchain and how to use it. So there is a great chance of them casting their vote wrong.

The possibility of creating a fair and clean election process is alluring, but the challenges are too many. But with the right implementation, blockchain can bring a certain level of security and transparency to the voting system that is unparalleled by any other system.

Blockchain tech has more potential to recreate old processes as new. From voting to finance, healthcare to basic cybersecurity, blockchain tech is proving again and again of its versatile character.

Hi! I am Jessica, a Marketer and Research Writer by background. I take interest in latest web and mobile app development trends and technologies.

Ikechukwu Unegbu: My Journey into Web and Software Development