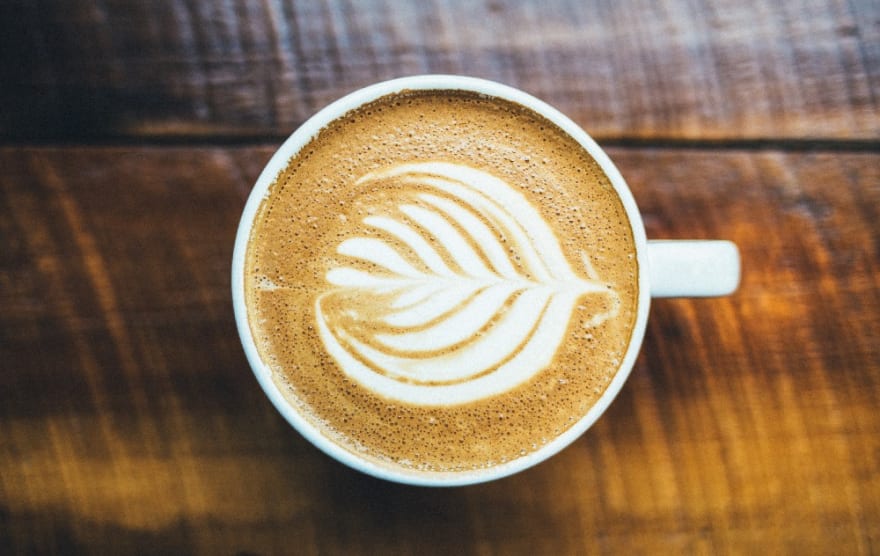 Hello everyone! In this article, I'll discuss one of the cool features of Java 10. You guessed it right :-), I am going to talk about the introduction of the var keyword in Java. Well, it's not really a keyword --- but I'll tell you about it later.

Finally, Java has gotten the var keyword to declare local variables. This allows you to declare a variable without its type. For example, instead of doing this:

you can now just say this:

This may not sound like much to gain when you're declaring a String or an int variable but think about complex types with generics, for example. This will surely save a lot of typing, and will also improve the readability of the code.

Java developers have long been complaining about boilerplate code and the ceremonies involved while writing code. Many things which take just 5 minutes in languages like Python, Groovy, or JavaScript can take more than 30 minutes in Java due to its verbosity.

If you have coded in Scala, Kotlin, Golang, C# or any other JVM language, then you know that they all have some kind of local variable type inference already built into the language.

For example, JavaScript has let and var, Scala and Kotlin have var **and **val, C++ has the auto, C# has var, and Go supports this by declaration with the := operator.

Until Java 10, Java was the only language which didn't have local variable type inference or support for the var keyword.

Though type inference was improved a lot in Java 8 with the introduction of the lambda expression, method references, and Streams, local variables still needed to be declared with a proper type. But that's now gone! Java 10 has a feature, JEP 286: Local-Variable Type Inference, which will allow declaring local variables without type information and by just using the var keyword.

Here are some examples of Java 10's var keyword:

As I said, at this point you may not fully appreciate what var is doing for you. But look at the next example:

Here, the list will be inferred into List<? extends Serializable & Comparable<..>> which is an intersection type, but you won't have to type the full type information. var makes the code much easier to write and read in this case.

In the next section, we'll see some more examples that'll help you learn how to write concise code using var in Java 10.

How to write concise code using the var keyword in Java

The use of the var reserve word also makes your code concise by reducing duplication --- for example, the name of the Class which comes on both the right and left-hand side of assignments as shown in the following example:

Here ByteArrayOutputStream repeats twice, and we can eliminate that by using the var feature of Java 10 as shown below:

We can do similar things while using try-with-resource statements in Java, for example, this

can be written as follows:

These are just a few examples. There are a lot of places where you can use var to make your code more concise and readable, many of which you can see on Sander's Pluralsight course What's New in Java 10.

It's a paid course but you can check out this 10-day free trial. 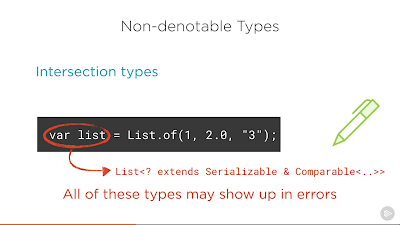 For those programmers who have used Groovy or Scala, the introduction of var makes it seem like Java is going the Scala way...but only time will tell.

For now, we can just be happy that** var makes it easier to declare a complex local variable in Java 10.**

And do note: the local variable type inference of the Java 10 var keyword can only be used to declare local variables (for example, any variable inside the method body or code block).

Can you use var to declare member variables in Java?

You cannot use var to declare member variables inside the class, method formal parameters, or return type of methods.

For example, this example of var is OK:

But, the following example is NOT OK:

So, even though this new Java 10 feature is eye-catching and looks good, it still has a long way to go. Still, you can start using it to further simplify your code. Less boilerplate code always means better and more readable code.

Now that you know that you can declare local variables without declaring the type in Java 10, it's time to learn a few important things about this feature before you start using it in your production code:

That's all about the var in Java 10! It's an interesting Java 10 feature, which allows you to declare local variables without declaring their type. This will also help Java developers pick up other languages quickly, like Python, Scala, or Kotlin, because they heavily use var to declare mutable variables and val to declare immutable local variables.

Even though JEP 286: Local-Variable Type Inference only supports var and not val, it is still useful and feels more like coding Scala in Java.

Thanks for reading this article. If you like this new Java 10 feature, then please share with your friends and colleagues.

If you have any questions or feedback, please drop a note and stay tuned for more Java 10 tutorials and articles here.