For some time now, images generated by artificial intelligence have spread across the internet and artistic events. Maybe you've played with tools like this yourself. Stable Diffusion is the most popular example today. But there are others, like Dall-E 2 and Midjourney.

Many results are so interesting that they end up in communities like DeviantArt, ArtStation and Pixiv. In these, there are no restrictions on art generated by artificial intelligence.

Platforms like Newgrounds, Inkblot Art and Fur Affinity have implemented policies that ban or restrict the reach of images made by artificial intelligence, says Andy Baio, from the site Waxy.

For example, in the announcement about their new policy, Fur Affinity justified the decision to ban computer-generated images:

“Our goal is to support artists and their content. We don’t believe it’s in our community’s best interests to allow AI generated content on the site”

The problem is that engines like Midjourney and Stable Diffusion have become so popular that art platforms are being flooded with AI-generated content. 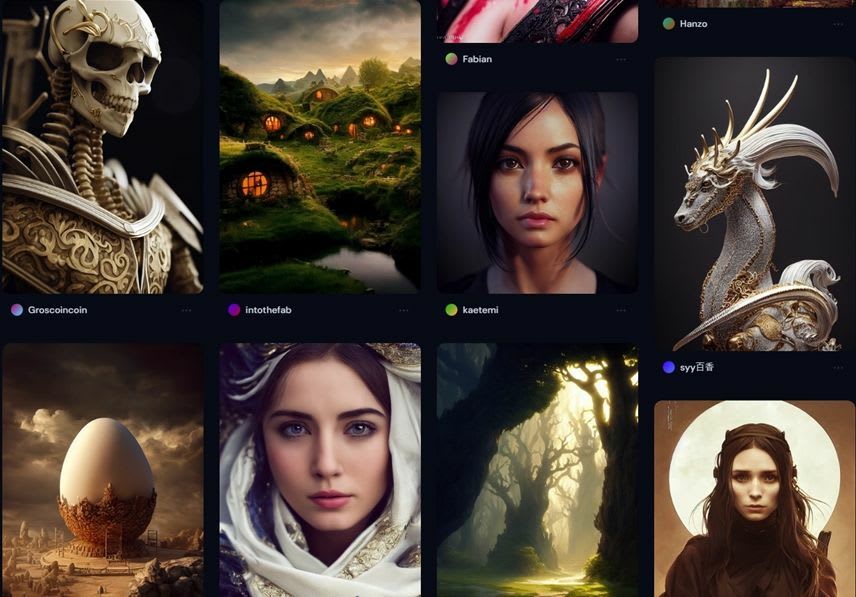 In the end, this seems to be a problem of quantity, not just artistic merit.

While artists take hours to produce their works, artificial intelligence can do it in a matter of minutes or seconds.

A good example of this is the controversy in the work Théâtre D’opéra Spatial made by Jason Allen using Midjourney, his work won the first place against 18 competitors, thus winning the prize of US$ 300.00. 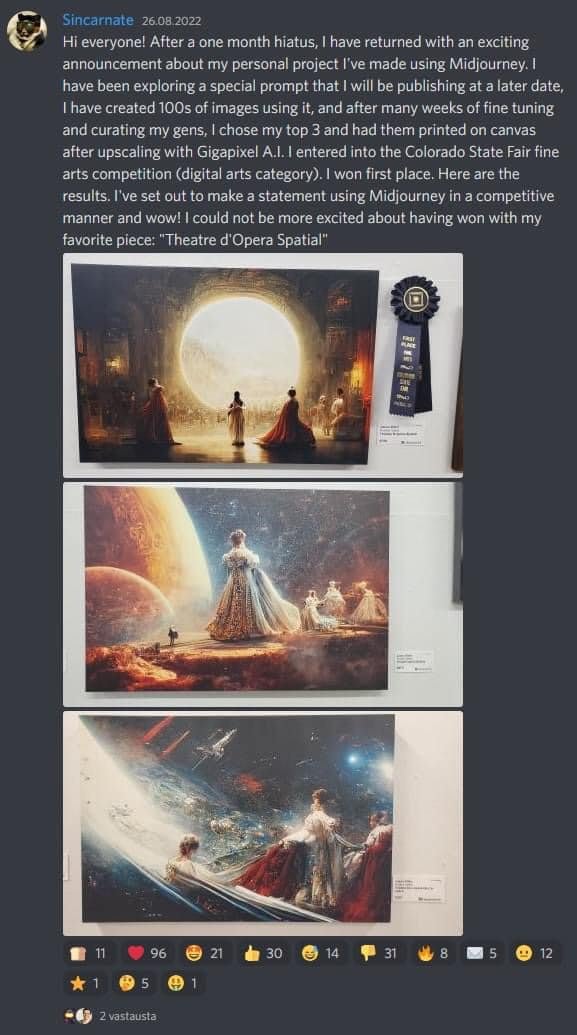 TL;DR — Someone entered an art competition with an AI-generated piece and won the first prize.

Several debates have arisen after Allen’s case was exposed. The winner responded to his critics saying he knew the matter would be "controversial.”

“How interesting to see all these people on Twitter who are against AI generated art are the first to throw a human under the bus by discrediting the human element! Does that sound hypocritical to you?”

Allen, who is president of a Colorado-based tabletop game company called Incarnate Games, said he believes his work is an extension of his own creativity. After all, he defines the parameters in which the AI creates and after that he processes them in Photoshop and finishes in Gigapixel.

“I am exploring a special prompt that I will post later, I created hundreds of images using it, and after many weeks of fine-tuning and curating my gens, I chose my top 3 and print them on screen”

he wrote in a post before the winners were announced.

Despite all the controversy being generated through this discussion, some of these images can be really interesting. Therefore, community administrators are faced with a dilemma: release, release with restrictions or ban it.

Whatever is the decision, the discussion on this matter is far from over.

I get an error when I run actions, .github/workflows/snake.myl

How to map static outbound IP with the AWS Lambda function

Once suspended, jasonh33 will not be able to comment or publish posts until their suspension is removed.

Once unsuspended, jasonh33 will be able to comment and publish posts again.

Once unpublished, all posts by jasonh33 will become hidden and only accessible to themselves.

If jasonh33 is not suspended, they can still re-publish their posts from their dashboard.

Once unpublished, this post will become invisible to the public and only accessible to Jason Hornet.

Thanks for keeping DEV Community 👩‍💻👨‍💻 safe. Here is what you can do to flag jasonh33:

Unflagging jasonh33 will restore default visibility to their posts.