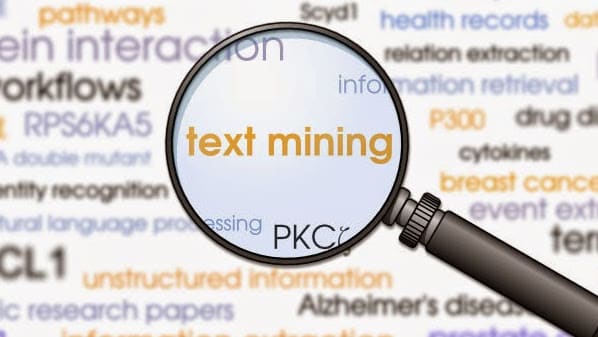 In this series of posts, I will be sharing my experiences and learnings.

Nowadays, a large quantity of data is produced by humans.Data is growing faster than ever before and by the year 2020, about  1.7 megabytes of new information will be created every second for every human being on the planet and one of the main components of this data will be textual data.
Some of the main sources of textual data are

In the scenario described in the image above every observer may perceive the real world in a different manner and express accordingly e.g different persons may have a different opinion on some topic.
So, while analysing textual data this type of bias ness has to be kept in mind.

By the definition lexical analysis means converting of a sequence of characters into the sequence of words with some defined meanings.

Definitions of words can be

In this article, I will be writing about Word Associations which is the analysis of how different words are linked to each other. Look at the following sentences

In the first sentence  "Jack drives a car", the type of relationship between "car " and "drive" is called

Two words are called syntagmatically related if the probability of both the words occurring in the same sentence is high. E.g

These types of relations are important to find the probability of a word occurring in a sentence based on another word which is present in the sentence.

The randomness of a random variable can be measured by Entropy.

Now that we know the concept of entropy and how it can be used to predict the existence of a word in a sentence, let's introduce one more concept called Conditional Entropy.
It is defined as the entropy of a word W when it is known that V has occurred in the sentence.
This helps to reduce the entropy which in turn reduces the randomness of the random variable.
Conditional Entropy can be defined as

This defines the probability of meat occurring when eats has already occurred.

The other type of relationship that can be found between the words is the paradigmatic relation.Two words are said to be paradigmatically related if they can be replaced with each other and still make a valid sentence.E.g

In the first sentence if  "cats" is replaced with dogs it still makes a valid sentence, that means cats and dogs are paradigmatically related.

Now the two contexts can be represented as

And context similarity can be calculated as

The similarity is the probability that a randomly picked word from d1 and d2 are identical.

Soon will be adding some links for the programmatical model for these relation mining and in the next series will be writing about the Topic Mining.

Rolling Back to the Top: Mastering Regression Testing for Mobile Apps

Developing an Extension for Your Browser: A Step-by-Step Guide

Angular 15: Why it's the Future of Frontend Development

5 Reasons Why GraphQL is the Future of API Development

Japneet Singh Chawla
Coder by profession, I am very keen on learning new things. Recently Machine Learning and Big Data got my attention. Apart from coding, I am a fitness freak and believe in constant improvements.
Word Vectorization -Word2Vec
#word2vec #gensim #textanalytics #wordvectorization

Once suspended, japneet121 will not be able to comment or publish posts until their suspension is removed.

Once unsuspended, japneet121 will be able to comment and publish posts again.

Once unpublished, all posts by japneet121 will become hidden and only accessible to themselves.

If japneet121 is not suspended, they can still re-publish their posts from their dashboard.

Once unpublished, this post will become invisible to the public and only accessible to Japneet Singh Chawla.

Thanks for keeping DEV Community 👩‍💻👨‍💻 safe. Here is what you can do to flag japneet121:

Unflagging japneet121 will restore default visibility to their posts.