iOS is the most sought-after and premium development platform. Due to tot the brand's image of Apple inc, apple apps and software bring in the most revenue for developers and ios app developers. Developers generally use Objective C and Swift for ios app development. When you hire top iOS app developers, they will most likely use the above-mentioned two languages to develop your next iOS app.

Generally, there are five phases of any type of app development.

In the planning stage, you decide on the intended audience, type of app features, tech stack, and other major and minor details of the app. Based on this a wireframe can be created.

In the design phase, the designer uses graphic tools such as Photoshop to create the look and feel and the UI of the app which is then given o developers for coding and development.

In development, creating a functional working app is coded into existence.

In testing the app is put through the test for how it performs under various circumstances for errors and bugs. 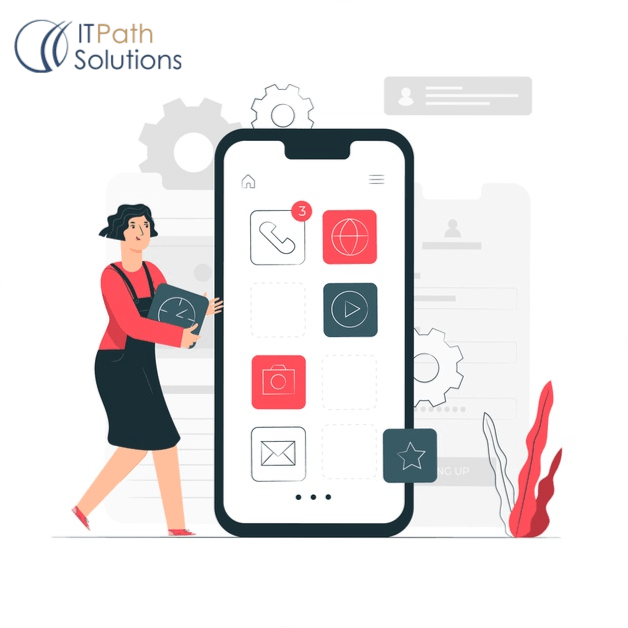 Once the app is launched, developers maintain the backend and track the major features for updates and changes.

For iOS apps, this process is largely followed as the same. Some further steps such as complying with iOS app store guidelines and coding requirements are followed.

For iOS apps, the research part is quite conscious of the fact that the app will be run on the iOS platform.

So market research is conducted on the iOS app store platform for competition and similar apps. Most app developers will try to add newer features to existing apps and functions to make the new app stand out from the rest of the competition.

Once the concept is clear, developers will go for a wireframe first. These are basically the equivalent of blueprints for buildings. Wireframes will conceptualize how the app will look and how it will function.

Based on the wireframe the UI/UX designer will design the app keeping in mind all the functions and uses of the app. Visual appeal and the ease of using and navigating the app and its functions is a prime priority for the UI/UX designer. Ideally, the UI/UX should be both simple and feature-rich. The key to maintaining such disparate objectives is simplicity, categorization, and compartmentalization.

The back-end development is one of the major aspects of iOS app development. A robust backend is necessary to handle all the front-end requests and user demands. A good server is needed for faster response by the backend.

APIs
APIs serve as a key link between the front end and the back end of the mobile application. Developers can quickly deploy APIs for functions they need for app features.

Front End Development
Front-end development needs to keep the devices, responsiveness of the app, and user functions in mind while developing an attractive app.

Development Of The App
XCode. It is Apple’s official Integrated Development Environment. IOS apps are developed in the Xcode environment.

iOS Programming Languages. Most developers today are preferring to use Swift for development. Swift is more updated than Objective C and performs better for iOS apps.

App development is not a one-and-done process, it is a continuous process of developing newer versions and features while also providing constant maintenance and support to the app. Do contact us at IT Path Solutions for quick and cost-effective iOS app development.

How to debug iPhone safari on mac in 2 steps?