Am I the only one who thinks LAPSUS$ is the only reason nvidia open sourced their driver?
This is a really controversial question. 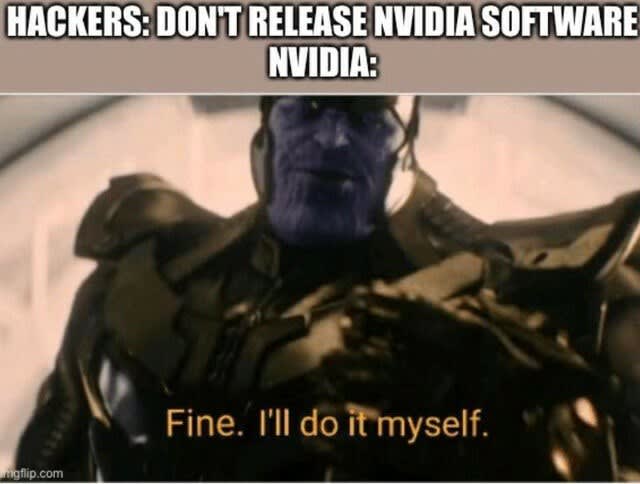 WHAT IF HAPPENED IF HACKER DID OPEN SOURCE IT? 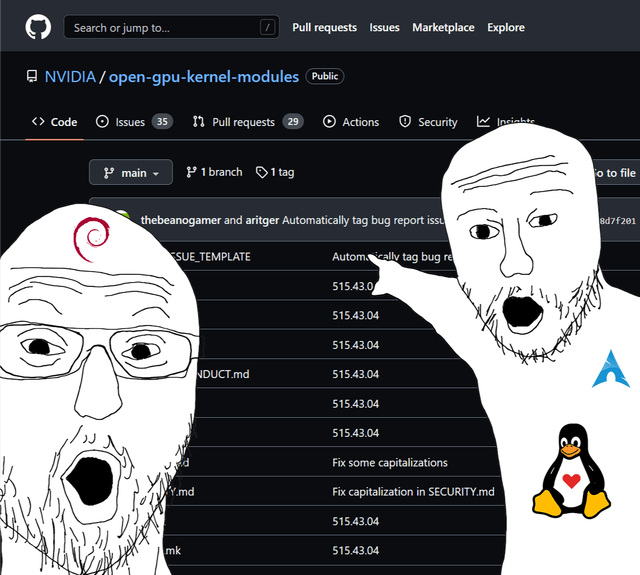 I’m no hacker and my knowledge of programming is limited but I believe you would have to create a custom graphics card driver and bios modification to get the full hash rate from the card. I’ve heard there are walk-around where you can mine two currencies at once but not sure how effective that is.this might also or my not be a good thing about crypto miners and and in tech terms also.

The first release of the open GPU kernel modules is R515. Along with the source code, fully built and packaged versions of the drivers are provided.
NVIDIA Open Sources Their Drivers

the biggest day in the history of linux since it linked up with gnu is here nvidia has finally decided to open source their gpu kernel modules now let me break down what that means in case this sounds like greek to you when you install a linux distro to your system and you have an nvidia card like most people out there you previously had two options you could either install the proprietary driver which works but you’re still going to have screen tearing on xorg systems and basically no compatibility at all with wayland and also on most systems the proprietary nvidia driver is the only proprietary blob that is getting built into your kernel which prevents you from having a fully open source os which can also be seen as a security concern by some people and while i’m not that strongly against proprietary software it’s still really annoying having proprietary blobs running at ring zero built into my kernel the only other. 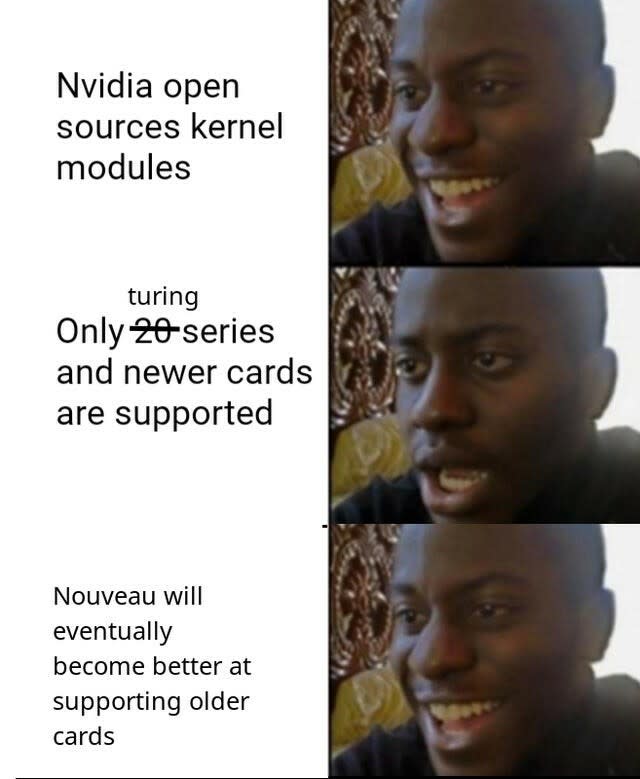 those who don't know what nouveau is its team of programmer/developer which are working on revers engineering the nvidia drivers and its looks they are kinda successful to do so. they have a big chance to make it huge thing after this news , because they have almost figure out the most of part and they can use this module to make a awesome fully working and driver for linux open source they are releasing. its kinda wired you know what the and i have to take a moment to give amd some credit because they’re still the best choice for graphics cards on linux and their open source drivers have been open source for over 10 years the entire software stack for amd has been open source and thus that’s the reason why it was and still is the best choice for video card hardware on linux but now that nvidia is starting to open source their driver there’s actually going to be some real video card competition in the linux space which is great because last generation’s cards were actually comparable in performance at least for gaming in fact the 6900 rtx by amd beats the 3090 in price to performance and gaming workloads since it averages just a few fps slower in some games but is about 30 percent cheaper. 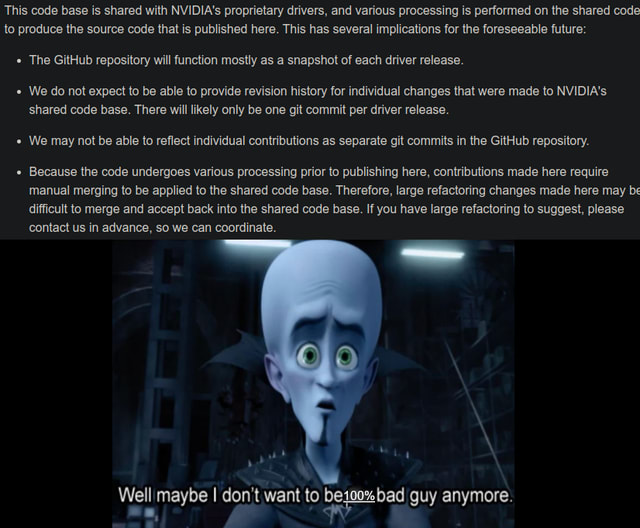 FUN WIRED PART OF THIS PORTING GPU TO THE TEMPLE OS?

THE BENEFITS AND CONCLUSION ! 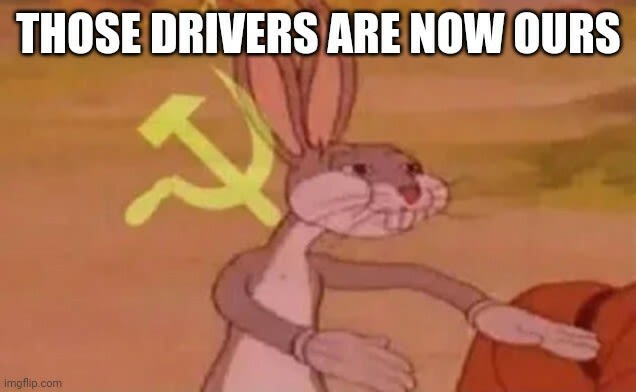 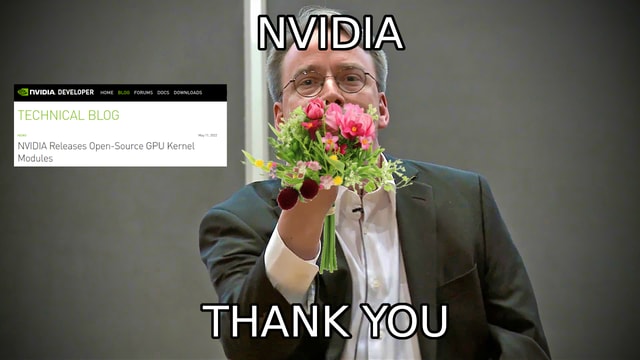 Once suspended, inline_arc will not be able to comment or publish posts until their suspension is removed.

Once unsuspended, inline_arc will be able to comment and publish posts again.

Once unpublished, all posts by inline_arc will become hidden and only accessible to themselves.

If inline_arc is not suspended, they can still re-publish their posts from their dashboard.