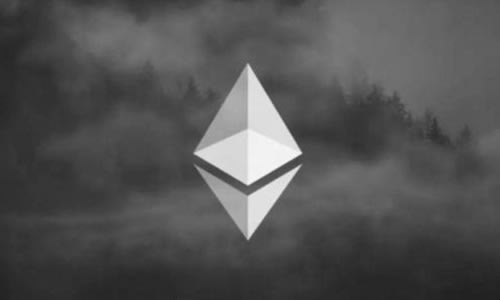 One of the main dangers of calling external contracts is that they can take over the flow of control and make changes to data that the calling function does not expect. Such errors can take many forms, and the two main errors that cause DAO to crash are both such errors.

Reentrancy of a single function

The first version of this error to be aware of involves functions that can be called repeatedly before the first call of the function is complete. This may cause the different calls of the function to interact in a destructive way.

Since the user's balance is not set to 0 until the end of the function, the second (and subsequent) call will still succeed, and the balance will be withdrawn over and over again.

DAO is a decentralized autonomous organization. The goal is to compile the rules and decision-making mechanisms of the organization, eliminate the need for documents and personnel in management, and create a structure with decentralized control.

The Ethereum Foundation released an important update to roll back the hacking attack. This resulted in Ethereum being forked into Ethereum Classic and Ethereum.

In the example given, the best way to prevent this attack is to ensure that no external functions are called until all the internal work that needs to be performed is completed:
Mapping (address => uint) private user balance; function withdrawBalance () public {
uint amountToWithdraw = userBalances [msg.sender ];
User balance [msg.sender] = 0;
(bool succeeded,) = msg.sender. Call. Value (amountToWithdraw )( "" ); // The user's balance is already 0, so future calls will not extract anything
require (success );}
Please note that if you have another function called withdrawBalance(), it may be subject to the same attack, so you must treat any function calling an untrusted contract as untrusted itself. For further discussion of potential solutions, see below.

In this case, the attacker calls withdrawBalance while executing their code in an external call to transfer(). Since their balance has not been set to 0, they can transfer tokens even if they have received the withdrawal. This vulnerability has also been used in DAO attacks.

Pitfalls in reentrant solutions
Since reentrancy may occur in multiple functions or even multiple contracts, any solution designed to prevent reentrance of a single function is not enough.

Even if getFirstWithdrawalBonus() does not directly call an external contract, calling withdrawReward() is enough to make it vulnerable to reentrancy. Therefore, you need to treat its withdrawReward() as untrusted.

Another solution that is usually recommended is mutual exclusion locks. This allows you to "lock" certain states, so it can only be changed by the owner of the lock. A simple example might look like this:

If the user withdraw() tries to call again before the first call is completed, the lock will prevent it from having any effect. This may be an effective model, but it can become tricky when you have multiple contracts that require cooperation. The following are unsafe:

The attacker can call getLock() and then never call releaseLock(). If they do, then the contract will be permanently locked and no further changes can be made. If you use mutex locks to prevent reentry, you will need to carefully ensure that there is no way to declare the lock and never release it. (There are other potential dangers when programming with mutexes, such as deadlocks and livelocks. If you decide to go this way, you should consult the extensive literature on mutexes that has been written.)

AWS IoT Collecting and Analyzing IoT Data in Near Real-Time with AWS IoT, LoRa, and LoRaWAN

AWS Lambda Tutorial: What It Is and Why You Need It ?