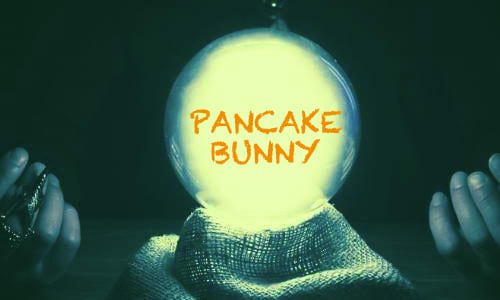 1.The attacker first initiates a transaction, uses 0.5 WBNB and about 189 USDT to add liquidity in PancakeSwap and obtains the corresponding LP, and then mortgages the LP to the VaultFlipToFlip contract of the PancakeBunny project.

4.During the getReward operation, it will call the mintForV2 function of the BunnyMinterV2 contract to mint BUNNY token rewards for the caller.

5.In the mintForV2 operation, it will first transfer a certain amount of (performanceFee) LPs to the WBNB-USDT pool to remove liquidity, but because the attacker left a large number of LPs in the pool in step 2, BunnyMinterV2 The contract will receive a large amount of WBNB tokens and USDT tokens.

8.After completing the zapInToken operation, the number of WBNB-BUNNY LP currently received by the BunnyMinterV2 contract will be calculated and returned to mintForV2. The valueOfAsset function of the PriceCalculatorBSCV1 contract will then be called to calculate the value of these LPs, where the calculated value will be settled in BNB (that is, how many BNB is worth a single LP).

10.Then in mintForV2, the contract will use the LP value calculated in step 9 to calculate how many BUNNY tokens need to be minted for the attacker through the amountBunnyToMint function. However, due to the flaws in the price calculation method, the final LP price was maliciously manipulated and increased by the attacker, which resulted in the BunnyMinterV2 contract eventually minting a large number of BUNNY tokens (about 6.97 million) for the attacker.

11.After getting BUNNY tokens, the attacker sold them in batches into WBNB and USDT to return the flash loan. Take the money and leave after completing the entire attack.

infinite summary
This is a typical attack using lightning loan operation prices. The key point is that the price calculation of WBNB-BUNNY LP is flawed, and the number of BUNNY minted by the BunnyMinterV2 contract depends on this flawed LP price calculation method, which ultimately leads the attacker to use Lightning Loan manipulated the WBNB-BUNNY pool to raise the price of LP, making the BunnyMinterV2 contract cast a large amount of BUNNY tokens for the attacker.