Open Earthquake Early Warning (EEW) is constructed to detect early signs of potential earthquakes and providing early signals to the community being affected.

This solution focuses on addressing the key areas of earthquakes such as: 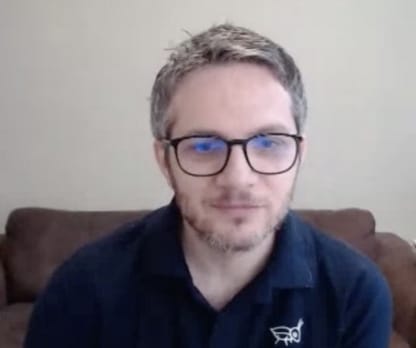 One of the main takeaways Andy provided in the OpenEEW presentation was the effect of the earthquake in Haiti in 2010. Being reminded of the impact of losing over 300 thousand individuals, the impact of a 7.2 earthquake, and the aftereffect of the economy, painted a strong picture toward the audience.

The biggest takeaway was Andy speaking first hand, speaking about how he experienced the Haiti earthquake, saw the initial impact, but even worse, saw the lasting impact on Haiti. When you listen to Andy speak about a first-hand experience it glues your attention and creates a desire to listen more about how the OpenEEW capabilities can improve and overall save lives in the near future. 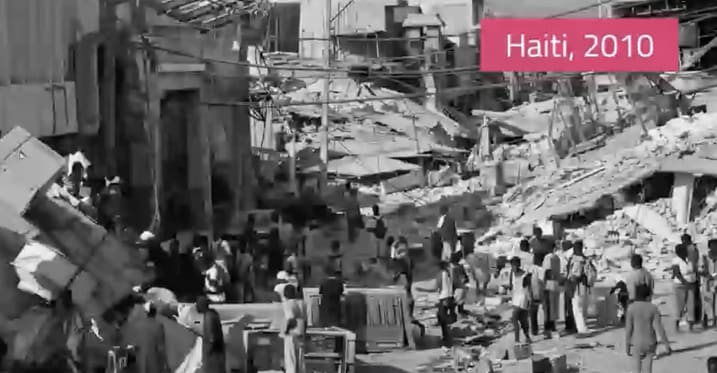 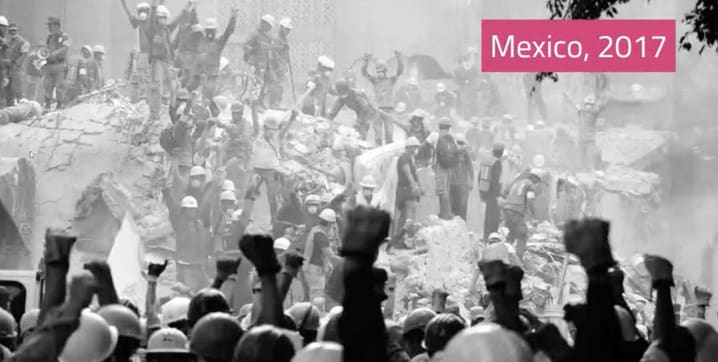 Some specific numbers which stood out in the Open EEW presentation were:

2.7B people live with a threat of earthquakes globally (about a quarter of the world)

36,000 people die globally because of earthquakes each year (Average of past 15 years)

$3.1B USD the estimated economic cost of 2020 earthquakes in Puerto Rico

Even with the improved capabilities to technology in the past decade, there is only a handful of EEW’s around the world being used. Japan is the only country that implemented a full national Earthquake Early-Warning system (EEW). Understanding EEW’s capabilities, the challenge is the price. Japan implements an EEW which cost $1 Billion USD.

The world’s first IOT-based EEW → off the shelf components drive down cost by orders of magnitude:

The OpenEEW Open-Source Components include: 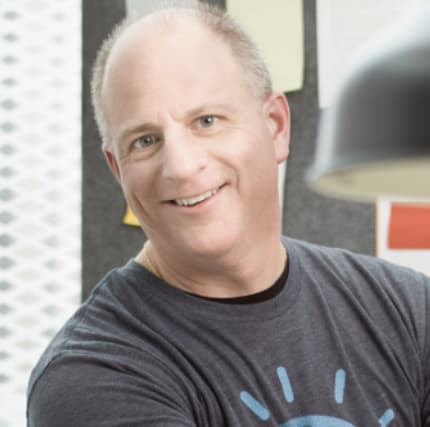 John opens with the emphasis on open source communities and how it isn’t just IBMers working on OpenEEW. The best way to get involved with this project is by joining the slack channel here.

We want a bunch of sensors- distance and coverage matter!

Not only a sensor but also an alarm- John points out that most of these sensors are in rural areas with internet and power. A big concern was people unplugging the sensor when their internet connection was slow by adding an alarm to the sensor it gives people incentive to leave them plugged in!

The sensor is mounted and listens to noise- we do not want to send every noise heard to the cloud (think door slams or vehicles driving by). The firmware has early detection for shaking and we use multiple sensors to detect an earthquake. The detection of an earthquake happens in the cloud using an algorithm that prevents false positives.

Next, John shows us how to set up a new sensor through an app that can be found on the Google Play store (coming soon to the Apple App store). The sensors do not have a GUI or keyboard so the setup is through your mobile device. During setup, you will connect to your WIFI which will then be broadcasted to your sensor. There is no GPS or cameras on the sensor so it has no idea where it is- this important information is pulled from your mobile device.

John can see all of his sensors and where they are on the map. There is a world map with green dots to show where each sensor is. You can sort by different sensor networks (ex. Regional areas). While data is being fed from the sensor to the cloud we can also push alerts to the sensor to alert people when there is an earthquake. If we push the command that an earthquake is happening the sensor will blink red and make a loud beeping noise.

Below are some screenshots from the dashboards: 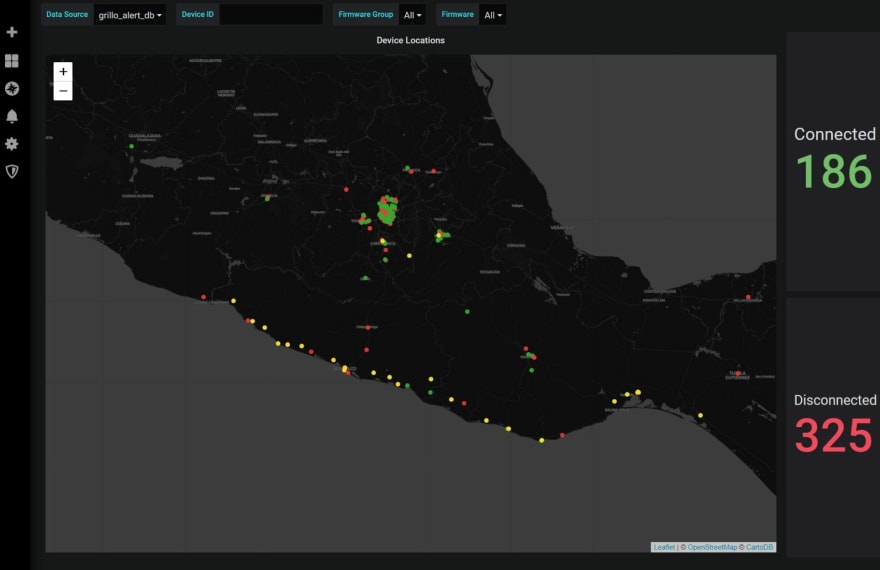 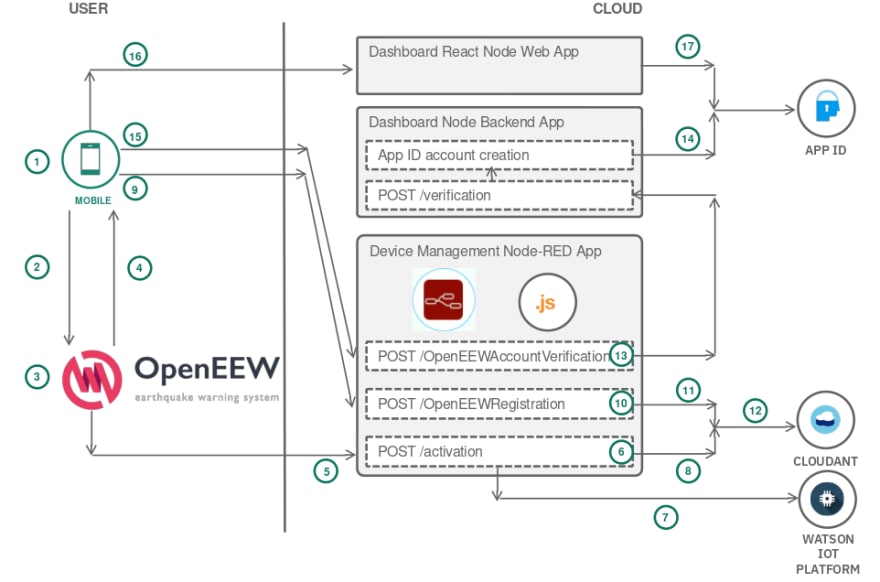 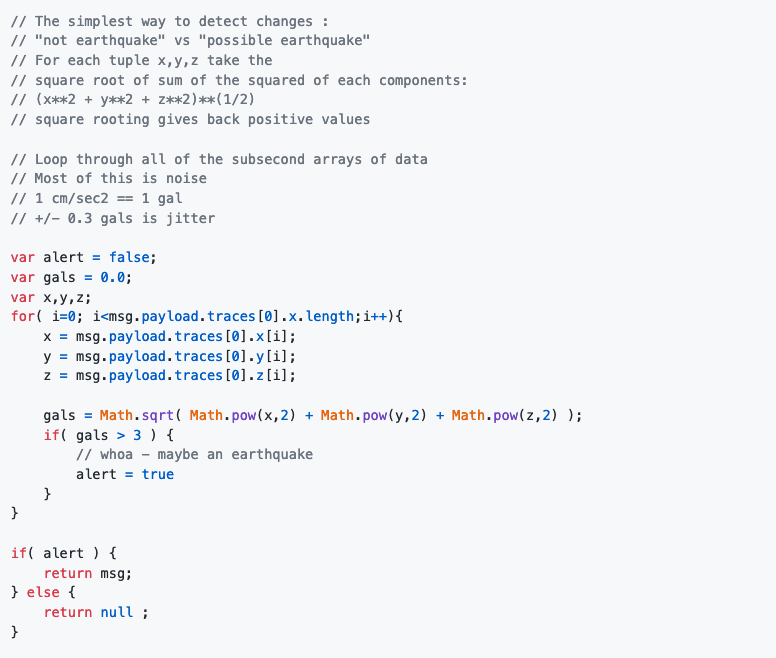 Q: How can I get a sensor?
A: You can buy one! Click here to learn more.

Q: Where can I learn more about the deployment?
A: https://openeew.com/docs/deployment

Q: Where is the best place to put the sensor and how many are needed?
A: On the ground floor and on structural members (concrete column) and where people aren’t moving around too much. Good internet and good power! No magic number- as many as possible would be great!

Q: Are you considering sharing alerts API to use with other systems or generate CAP alerts for public use?
A: Here's an open issue with a discussion on CAP support: https://github.com/openeew/openeew-detection/issues/35. Would love to see contributions from the community to move that along! Each country has different ways of alerting its population. We are very aware that not all countries want us to have that access so people can subscribe through the app.

If you are interested in answering the call use the resources below to join! 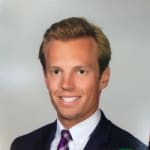 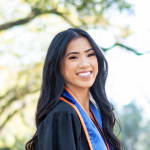 I am currently a full-time Data Scientist at IBM Technology Garage.

how can i name feature in git flow long name ?

JavaScript Algorithm: Sum of All Primes