In this tutorial, we'll go step by step through Ruby on Rails Redis installation and configuration.

Redis is a key-value database, and it is very much worth using in multiple scenarios when working with Ruby on Rails.

This piece is a 1:1 copy of what you can find on our website, along with a bunch of other Rails tutorials.

Redis is a BSD licensed, in-memory data structure store. It is one of the most popular NoSQL choices among open-source options available.

On top of that, Redis is the most popular key-value database, and it was voted the most loved database in the Developer Survey by Stack Overflow three years in a row: 2017, 2018 and 2019.

and is used as a database, session cache, full page cache, and message broker, such as publish-subscribe messaging.

Why use Redis with Ruby on Rails?

There are multiple reasons to use Redis in Ruby on Rails application.

First of all, Redis offers the most popular in-memory data store. Data kept in the memory, as opposed to tools that write to disks, is going to be read and written faster.

Next, there are leaderboards: think anything that changes over time, like:

A good example of the leaderboard is the Sidekiq Dashboard - which itself is a great reason to Ruby on Rails Redis usage, as it offers the most popular community choice for asynchronous code execution - and uses Redis.

Last but not least is a commonly needed these days Publish-Subscribe feature, and Redis is truly crafted for the job. 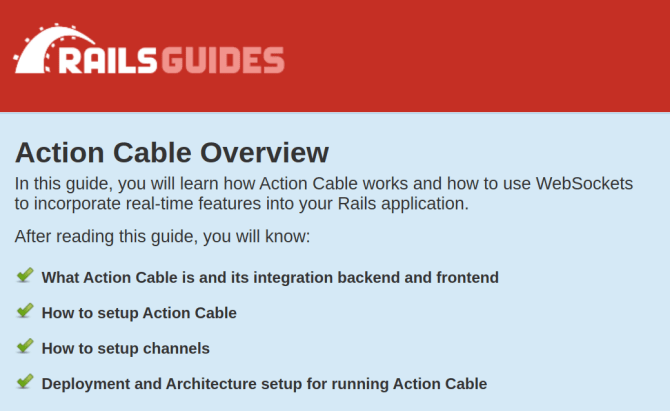 Redis is officially the default production pub/sub queue for the built-in Ruby on Rails ActionCable library, dedicated to channeling data through WebSockets.

As you can see, there are a lot of scenarios when it's going to be worth using Ruby on Rails and Redis combination.

Now that we know what is Redis and what it is used for in Ruby on Rails, let's go through step by step guide to installing it for further usage with our Ruby on Rails application.

The most straightforward way to install Redis on the macOS is using Homebrew.

For the development convenience, we are going to do one more thing, that's gonna save us a lot of trouble in the future.

Let's install and enable Brew Services, in order to run Redis in the background. This way, anytime you reboot your machine, it is going to launch Redis for you automatically.

Run the following commands in your CLI.

Verify that Redis is running with redis-cli ping command - it should return PONG.

At this point, it is worth installing a Redis client for macOS - this way you will be able to easily browse all the data written to any Redis instance:

As scary as it sounds, paying for the Redis client is worth it in the long run, as it vastly improves Ruby on Rails development and debugging process.

Depending on your Linux distribution you are going to use a different package manager to install Redis.

If you use CentOS or RedHat, install Redis using yum package manager.

Otherwise, if you use Debian based distro such as Ubuntu, use apt package manager.

In both cases, in order to automatically start Redis on boot, run

This way you won't have to remember to launch Redis every time, it is very convenient for continuous development.

Verify that Redis is running with redis-cli ping command - it should return PONG.

At this point, it is also worth installing the Redis GUI client. It greatly improves the development and debugging experience, allowing you to easily browse all data written to Redis while working with your Ruby on Rails application.

We recommend using a Redis Desktop Manager, which is free for Linux distributions.

If you use Hix on Rails, then you can skip the rest of this tutorial - just run the installation wizard and all of the below is going to be preconfigured for you. Optionally you might jump to the Redis Sentinel production configuration part for better understanding and customization.

Otherwise, if you still did not automate this part of your life yet, read on.

With Redis up and running on our system, let us install the required Redis-related gems in order to use it with our Ruby on Rails application. 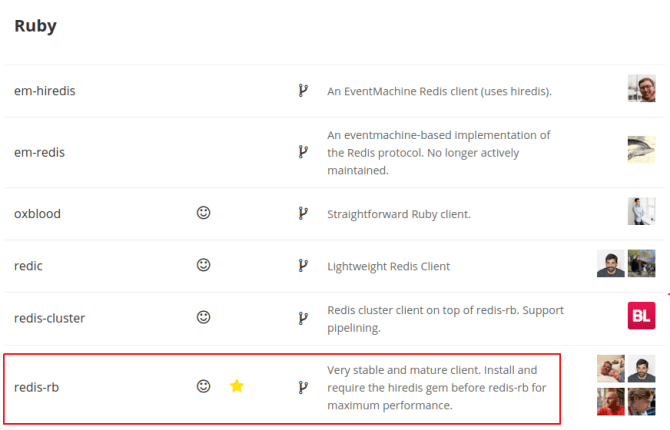 We are going to use a Ruby client recommended on the official Redis website.

On top of that, there are another two gems worth installing:

In the Gemfile of your Ruby on Rails project, add the following, outside any of the specific groups. They need to be available to all of the Ruby on Rails environments.

Now, run the bundle install command in order to generate the Gemfile.lock file.

those are the default host and port of every Redis installation.

Next, we are going to tell our Ruby on Rails application to connect to Redis upon booting by creating the dedicated initializer.

If you are going to use the aforementioned Action Cable, there's one little thing worth doing at this point.

As you can see, in our environment we have separated the Redis URL and DB variables. Concatenated, they result in the Redis host, and it is how Ruby on Rails Action Cable uses them. Open its configuration and change it to the following.

I personally like to keep the development environment as close to the production one as possible in order to catch any bugs at the earliest stage.

To do that, you might consider changing the development Action Cable configuration to the same as production one - this way while writing your Ruby on Rails application's code and running it locally, you will use Redis as well.

If you care about high Redis availability in the production environment of your Ruby on Rails application, you might consider using the Redis Sentinel. 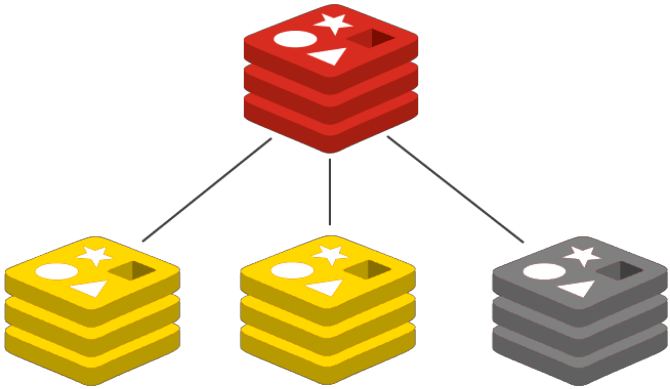 Using Sentinel is the officially recommended way to automatically manage Redis failovers, it is also capable of monitoring and notifying on the Redis deployment.

The Redis client that we have previously installed in the Ruby on Rails application in order to connect to the Redis client is able to perform automatic failover using Redis Sentinel.

In order to do that, we are going to change the Ruby on Rails Redis configuration file. Open the previously created initializer and edit it with the following:

Another assumption that might require additional tweaks is that all the slave Redis instances run on the default Sentinel port which is 26379. If that is not a case, adjust the initializer file accordingly.

If you are using Sidekiq and want it to respect your Sentinel production configuration, you'll need to adjust its configuration pretty much the same way - by conditionally connecting your Ruby on Rails to the Redis Sentinel in the production environment.

In order to additionally improve Ruby on Rails Redis performance, you might want to take a look on hiredis and its dedicated Ruby wrapper hiredis-rb.

Ruby on Rails Redis installation and configuration is a pretty straightforward thanks to the awesome official and community support.

All it takes is installing a few well maintained Ruby gems, and your Ruby on Rails application is ready to read and write to Redis key-value store.

All of this config comes ready with Ruby on Rails application initialized with Hix on Rails Application Template.

We're a small team from Poland, happily developing Hix. Hix is a Ruby on Rails automation tool, that sets up your project for you, cutting few days of work to a few minutes.

Soft skills are as critical as technical skills for a software engineer. No one works in isolation. Each person has to deal with teammates, colleagues, managers, etc. Therefore team interpersonal skills are essential too. Soft skills include things like good communication, honesty, teamwork, integrity, organization, empathy, etc.

Setting up a MySQL container in Docker

How to Use npm and Publish a Package?