When Apple announced the new release of the Mac Catalyst, they made it clear that iOS app developers now easily port their apps to the Mac. And it is done with the help of SwiftUI, apple's simple and declarative method to develop user interfaces. Also, there are new features for creating an app with the new multiplatform app template in Xcode 12 with a single codebase for all the Apple platforms. Therefore, hire iOS app developer who is experienced in handling the SwiftUI to create your app.

Here, we will look at features of the SwiftUI and how these skills are put in to create an app.

What exactly is SwiftUI? 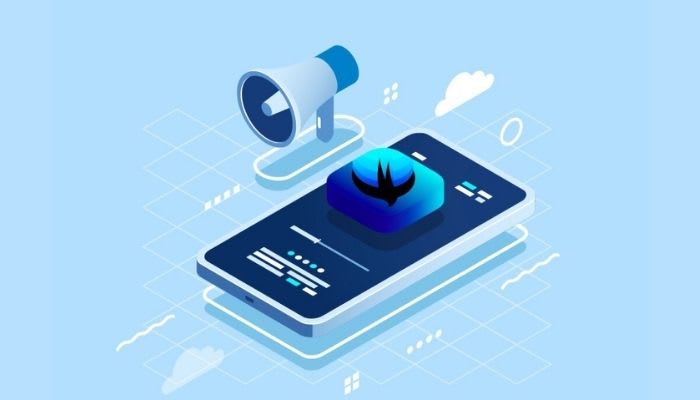 SwiftUI is a framework that uses the Swift programming language to allow the contemporary technique of declaring user interfaces (and building apps) for any Apple platform - iOS, watchOS, and macOS. You may state what your user interface should perform with a declarative approach. SwiftUI provides views, controls, and layout structures that are used to create user interfaces.

SwiftUI is a cross-platform UI framework for iOS, macOS, tvOS, and watchOS owned by Apple. To deploy your code on any Apple platform, you only need to master one language (Swift) and the framework. Even you have the option to avail iPhone app development services to get your app to develop with SwiftUI.

The view is at the heart of an app's user interface. Images, text, animations, interactive features, and graphics are all part of the view that the user sees in the app.

The view in SwiftUI requires that you have a property. We have the body in the code sample below, which returns some Views:

SwiftUI controls are in charge of user interaction with the app. Clicking a button, text fields, and responding to user gestures are all examples of these controls.
Remember that SwiftUI is a framework for creating user interfaces that work across all Apple platforms. Similarly, SwiftUI has UI controls that allow you to create interactive features for users.
The UIButton control, for example, allows you to make a button that responds to user clicks and interactions. So, hire iOS app developer to create a unique UI for the app.
Here is the syntax:

SwiftUI can help you layout the views of your app's user interface. Stacks like HStack, VStack, and lists are used to lay out various views.

A container, which is similar to a parent element in HTML, is used to build out the structure of an app using SwiftUI. This container contains stacks of children, which will refer to as children.

Using HStack, we may layout a view to organizing its children in a horizontal line for our app. HStack allows you to see all of your views at once.
Here’s an example of using the HStack to lay out texts horizontally:

A vertical stack is a common layout container in SwiftUI. Moreover, it allows you to stack the views vertically. Using VStack, iOS app developers can lay out a view to arranging their children in a vertical line.

ZStack enables the specialists to overlay the children on top of one another and align them on the x and y-axis. With ZStack, you can set the x and y-axis for each child and make it default for a center alignment. The syntax for ZStack is as follows:

With the ZStack, a child view can assign a z-axis value higher than the child before it. So subsequent children will stack on top of the earlier ones.
Even you can use ZStack to play an item like text over another item, an image, or another text block.

How to Create an app using SwiftUI?

Many agencies deliver iPhone app development services to create an app that displays a list of technologies and frameworks. The professionals use SwiftUI to create a mobile app to show how the techniques outlined above level up to a simplified and intuitive Swift application. Further, the app's code will be written in ContentView.swift.

We hope you get all the information related to the SwiftUIand how the professionals create apps with it. However, many agencies have professionals on their team to help you in designing a robust iOS app. If you are planning to develop your app with SwiftUI, hire iOS app developer. The team of professionals will provide fully functional, fast, and error-free iOS apps that are applicable on all devices of Apple.

Feel free to ask questions, express any opinions or concerns, or discuss your point of view. Follow, Share, and make code, not war. ❤️

VPN on demand and Kerberos SSO in Flutter mobile app

Hitesh Chauhan
I am a full-stack engineer having a keen interest in coding and debugging. Looking forward to your contribution & support!
How to Write custom Property Wrappers with the help of the SwiftUI?
#programming #swift #design #ios
Steps to Improve the UX of Your iOS Application to Increase Traffic
#ux #design #tutorial #ios

Once suspended, hiteshtech will not be able to comment or publish posts until their suspension is removed.

Once unsuspended, hiteshtech will be able to comment and publish posts again.

Once unpublished, all posts by hiteshtech will become hidden and only accessible to themselves.

If hiteshtech is not suspended, they can still re-publish their posts from their dashboard.

Once unpublished, this post will become invisible to the public and only accessible to Hitesh Chauhan.

Thanks for keeping DEV Community 👩‍💻👨‍💻 safe. Here is what you can do to flag hiteshtech:

Unflagging hiteshtech will restore default visibility to their posts.