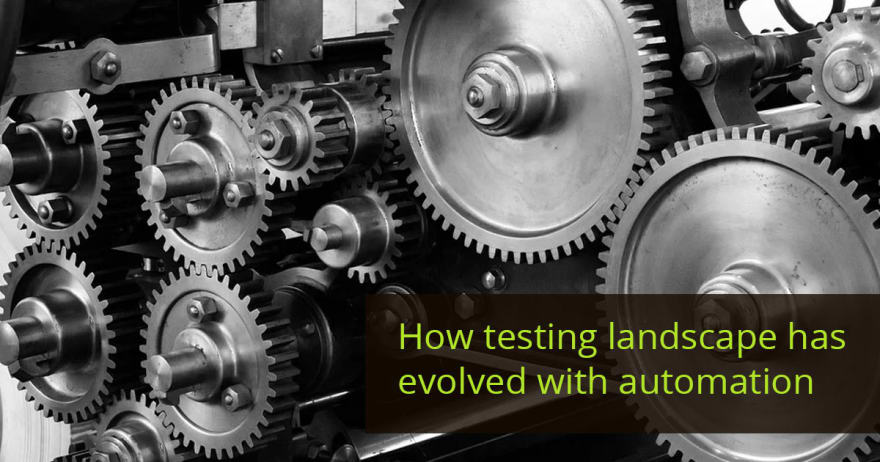 Today, software development has become a complex process due to the need for compatibility of a software across devices, operating environments, browsers, and networks. Add security compliance to the list and the task becomes even more challenging. To ensure the software runs seamlessly across digital environments as mentioned above, it should undergo a rigorous testing exercise. This is important to achieve customer satisfaction – the key determinant to stay competitive. So, how do you choose a testing methodology that delivers excellence in all the areas of a software including, performance, security, functionality, and usability, among others? The answer can be found in following a mix of manual and test automation practices with the latter forming the mainstay.

The traditional form of testing software aka manual testing does not quite match up to the evolving requirements of testing. Since the software applications of today combine cutting-edge technologies like AI & ML, IoT, Big Data, Cloud Computing, and others, the testing requirements have grown manifold. These require checking the performance of the software on multiple channels involving scores of users. This is where manual testing can be time-consuming, error-prone, and tedious thereby putting considerable strain on the human resources. The automation testing approach, on the other hand, can address the shortcomings of manual testing and relieve the human resources to focus on other areas.

With enterprises aiming to deliver software faster to the market, they often take risks with its quality. This involves downplaying or bypassing the testing requirements. Moreover, testers too suffer from fatigue when executing repetitive tests involving huge data. This often leads to situations where enterprises are unable to manage the expenses incurred towards service delays and performance issues. Let us find out how automated software testing has changed the testing landscape for the better.

QA involves executing a series of tests involving data and comparing the expected outcomes against the actual ones. Here, test automation can guarantee software quality without much human intervention. The best thing about executing automated testing services is its increased frequency of implementation with minimal effort. And if such implementation leads to better results, then achieving customer satisfaction can only be a matter of time.

How the testing landscape changed with automation

The testing landscape encompasses a number of testing viz., unit testing, functional testing, integration testing, load testing, and regression testing, among others. Automation has helped the above-mentioned areas of testing to be accelerated. Let us find out how.

Test automation has brought about a significant improvement in the testing landscape. It has been able to address some of the lacunae of manual testing thereby enhancing the quality of software. Enterprises should incorporate automation in their SDLC to ensure the software ticks all the checkboxes for quality. However, as mentioned at the beginning, automation in testing is not the be-all and end-all of everything and should be executed in consonance with manual testing.

Tips and Tricks to make you into a Discord Master