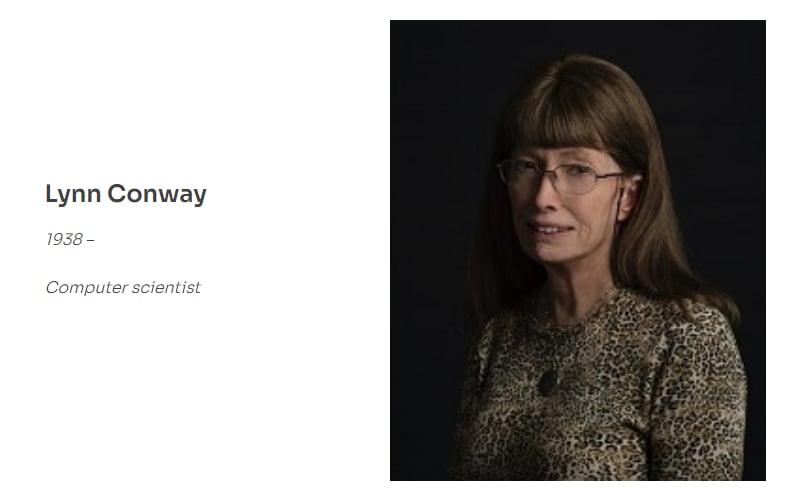 Lynn studied physics, engineering and applied science at MIT and Colombia University. She went on to work at IBM making considerable contributions, inventing multiple-issue out-of-order dynamic instruction scheduling that enhanced computer processing power. This work was cut short when she was fired in 1968 for revealing her intention to undergo gender affirmation surgery.

She then started her career from scratch at Computer Applications Inc and Xerox, going on to create VLSI technology that allows many more tiny transistors to be arranged on an integrated circuit. During this time she kept her past identity a secret.

It was only when she was nearing retirement when her work at IBM was likely to be revealed when she was comfortable telling her story. She is now a prominent advocate for transgender people and has been honoured for this work by President Obama.

"If you want to change the future, start living as if you’re already there."

In 2020 IBM apologised for firing Lynn and awarded her with their Lifetime Achievement Award. Her work both in technology and her work as an advocate has changed millions of lives and should be celebrated.

React: How to create a custom progress bar component in 5 minutes

Build That Component Tree! a.k.a. The Frontend Block Of My Bootcamp

The first step is always the hardest?💬: First Impressions of a Junior Product Engineer at SinnerSchrader🚀

Somebody pinch me - I'm joining DEV! 🎉