The third woman in my series is computer scientist Kathleen Booth. Kathleen is the creator of the world’s first assembly language, three early computers, and an early machine learning engineer. 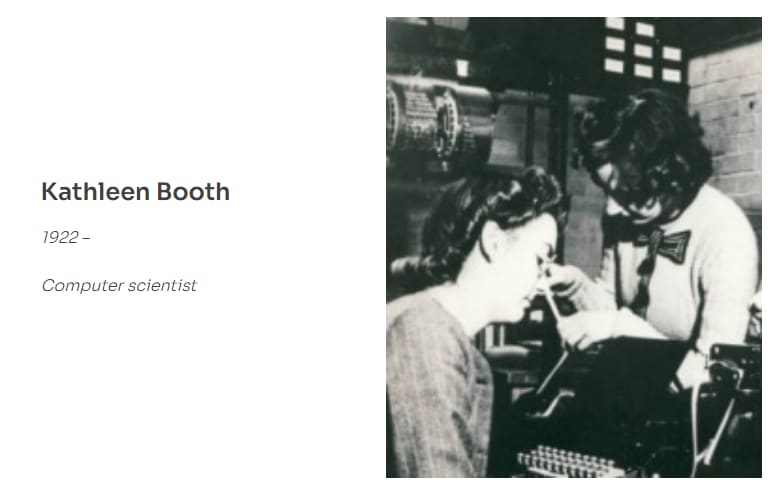 Before computer science degrees existed, the C language or Kathleen’s assembly language was written, computers had no way to store code. The breakthroughs made by Kathleen and her team made it possible to move away from manually programming with cables and switches and bought computers into the future.

Her other accomplishments include the first investigation into asynchronous v synchronous operations in 1947, linguistic processing, creating games on computers, and early implementations of machine learning in the 1950s.

Kathleen's research and pioneering work changed the world of technology forever. Read more about her incredible work and groundbreaking research in the links below.

Why we need a network for Women in Tech

React: How to create a custom progress bar component in 5 minutes