The next woman in my series is computer scientist Karen Spärck Jones. Karen specialised in natural language processing and inverse document frequency since the 1960s. This research formed the technology that powers the search engines we use today. 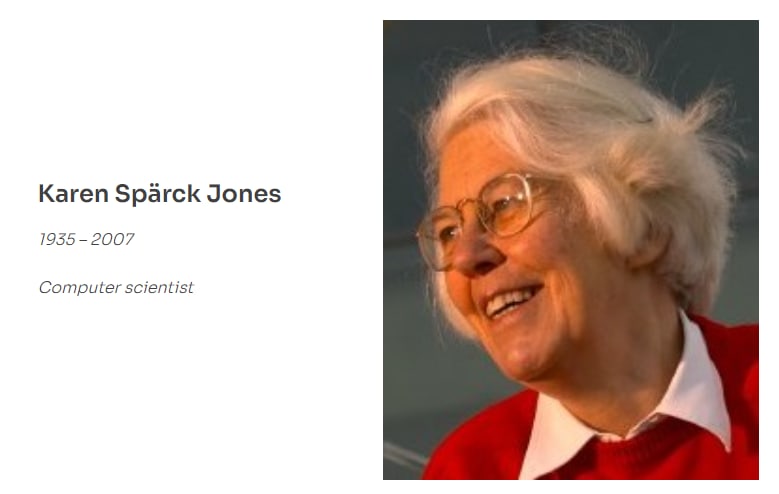 Her work extended to teaching and elevating women in computer science. She mentored PhD students, spoke at the first Grace Hopper Conference, and set standards for work in the natural language processing field.

“I think women bring a different perspective to computing, they are more thoughtful and less inclined to go straight for technical fixes. My belief is that, intellectually, computer science is fascinating - you're trying to make things that don't exist.”

How I'm Implementing the Idea of the Infinite 1%