The fifth woman in my series is NASA computer and rocket scientist Annie Easley. Annie made modern spaceflight possible and was also an accomplished athlete, speaker, and tutor. 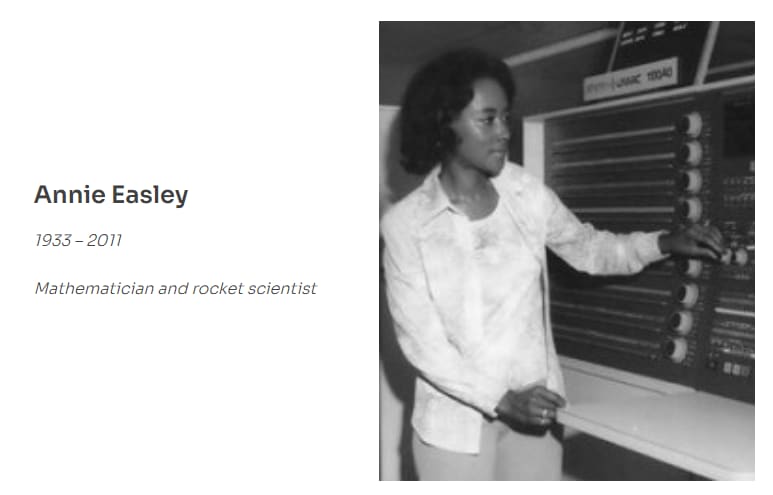 During her time at NASA Annie worked as a ‘human computer’ playing a crucial role in everything from improving airplane stability to charting spacecraft trajectories. Later she worked with FORTRAN, SOAP, and the code used in alternative energy research.

The technology she developed, the Centaur rocket, was the first of its kind and uses liquid hydrogen and liquid oxygen to boost rockets into space. This is still in use today and has powered exploration to the moon, Mars, and Saturn.

“I [was] out here to do a job and I knew I had the ability to do it, and that's where my focus was, on getting the job done. I was not intentionally trying to be a pioneer. My mom said, ‘You can do anything you want to, but you have to work at it,’ and that was part of it. With her strong teachings, I was able to do it.”

In addition to her career in science spanning over 30 years, she is remembered for her contributions to the community. She helped members of her community prepare for literacy tests designed to exclude African Americans from registering to vote.

Annie's work broke down barriers for women and people of colour and continues to inspire.

I am not a rockstar programmer