There's been a lot of talk of recognition and congratulating people for a job well done around my office and I wondered what kind of approach other workplaces had to recognise extra effort.

Our team celebrates success with a monthly 'Awesome Award'. Everyone can nominate someone who has gone above and beyond with some nice words and a funny gif on our team Confluence page. This puts things in perspective and lets us all reflect on the good work we do, and everyone loves a funny gif.

The prize is this plaque that the winner gets to have on their desk until the next award ceremony at our team meeting. I've found it a great way to know that I'm on the right track and that my efforts are appreciated by my team mates and my manager. It's really boosted my confidence in the last year when moving into a new team and a new role. 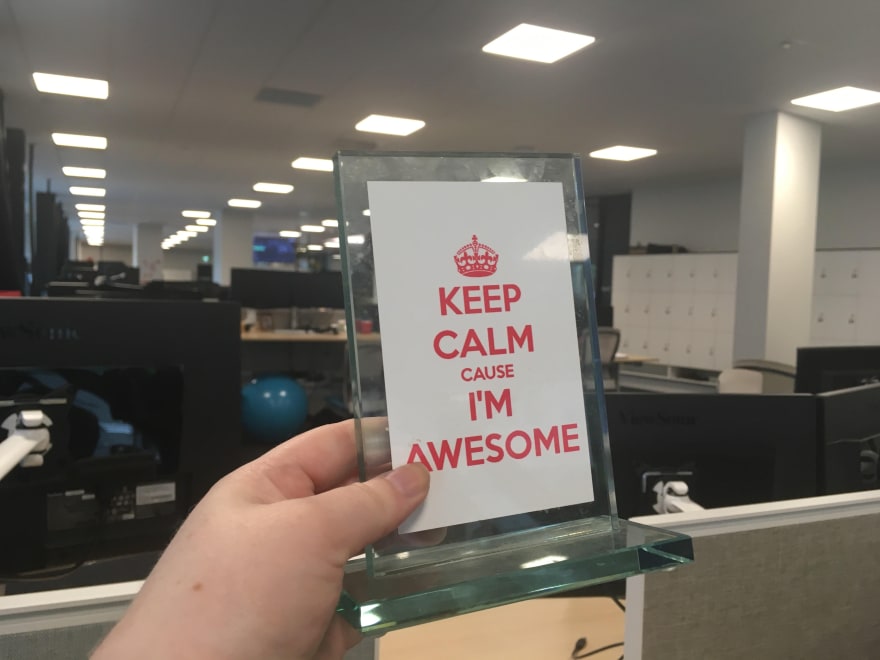 This month, before the summer break, we celebrated with an annual award to celebrate those who had been nominated the most during the year, and those who had made the most nominations.

Does your workplace provide:

Recognition from you manager

Recognition from your team

Let me know what your workplace is doing currently and what you'd like to see?

Photo by rawpixel from Pexels

How did you feel after your first open source PR?

A thread discussing the sensation of contribution to open-source.

What Are Some Conflict Resolution Tips for Junior Developers?