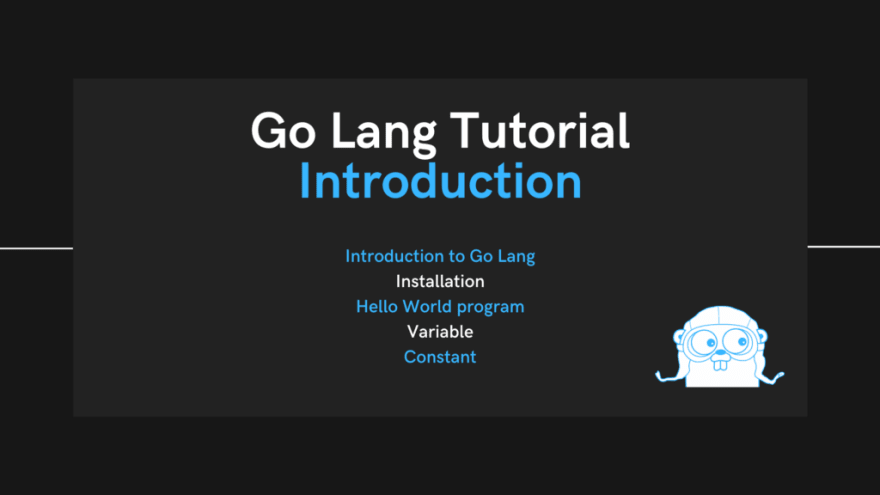 Golang, often known as GO, is extremely popular, and rightfully so. It’s not as difficult to learn as C or C++, but it’s still quick , and it has a vibrant community as well as a wealth of useful packages and libraries. The language was created at Google by some of the great minds in computer science.

These are presumably sufficient reasons to investigate the language used to create Docker and Kubernetes. Here’s everything you’ll need to get started with Golang. Have a blast!

Golang is providing the setup for each operating system such as Windows, Mac OS, or Linux. Step by step guide is available on their official website. Click here to read more and install Golang in your system.

Steps to install Golang In windows

Open the MSI file you downloaded and follow the prompts to install Go.

I hope you completed the installation process from the previous step. Now it's time to write our first code for “Hello World” in Golang.

To write the first program in Golang we have to create a file with the ‘main.go’ name and copy and paste the following code.

In the above code, we have the main package with the main() function which will execute at the file of code execution. The greetMe("world") will return the word by prepending hello .

In computer programming, a variable or scalar is an abstract storage location paired with an associated symbolic name, which contains some known or unknown quantity of information referred to as a value; or in simpler terms, a variable is a container for a particular set of bits or type of data. Wikipedia

We can declare in two ways

In this method, we are defining the variable with var keyword following with it name and datatype.

This is a shortcut method to define a variable in go lang. We just need to define the variable name and its value with := operator.

Note: Constants can be a character, string, boolean, or numeric value.

Thank you for reading this article, don’t forget to follow me to read more articles like this. You can also share this story with your friends if you find it helpful for others.

_By evolving a Medium partner, you can support me and your other favored writers! _ 👇