This is going to be very short post about mathematics and programming. For some reason, many coders do believe mathematics is a discipline completely unrelated to programming. Still, they will mention Turing machine anytime when they want to "scientifically" prove that all programming languages are equal.

Well, a big surprise. Alan Turing was a mathematician as well as Alonzo Church who gave the birth to lambda calculus, independent computing system, which approach the same problem from different angle and became the foundation of functional languages.

So, I don't know whether all programming languages are all equal, but all of them seem to emerge from abstract mathematical foundation.

Several times in my programming journey I have encountered "coders" who claimed loudly and shamelessly that mathematics has nothing to do with their jobs or hobby. Obviously, I am not the only one who found this proclamation ridiculous as the internet is full of memes, mocking those extravagant experts. Just google it. 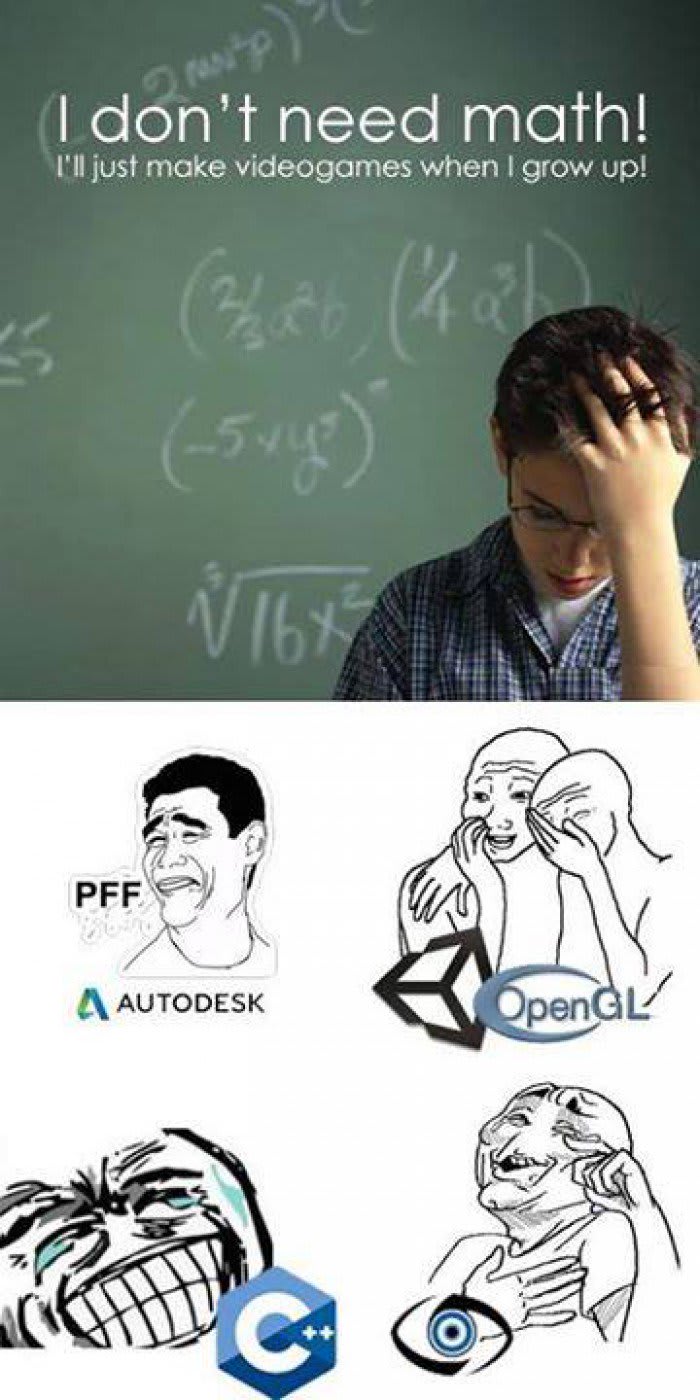 Why to bother, then?

Honestly, I have no idea. I got utterly shocked when my post on programming subreddit dealing with Group theory was dismissed as irrelevant and unsubstantial for this thread.

Just check for yourself how nicely and in layman's term they explained the stuff at Socratica channel.

For God sake, why do you think they made it in a such approachable manner? To impress mathematicians? Or to explain the concept to masses of programmers in need?

Whatever, today I have stumbled upon great post from Paul Chernoch who explained properly why mathematics was relevant in his personal career.

And here we go again. Instead of simple upvoting and sharing, I decided to throw this one on reddit/r/programming.

I am getting downvoted, even commented that the article actually doesn't support my case properly.

Seriously, I feel like Alice in Wonderland. No more mathematical missionary in pagan islands I promise.

To add an optimistic conclusion for kind readers who followed me. As my pointless struggle has proven, the vast majority of programmers do not care for mathematics, meaning that if you avoid doing the same mistake, you can obtain competitive advantage in your career. Not only you can get more interesting problems to solve, but salaries are higher there, because obviously, not all programmers are clever enough to learn mathematics willingly.

Coincidentally, reddit doesn't need to present only the ugly face of internet. This is one brings a lot of useful recommendations for useful and approachable books on mathematics. Check it out.

What Kind of Tool Do You Use to Control Spring Batch Jobs?

A launch.json to turn VS code into a full web development IDE

How to publish NPM and PyPi packages + the difference 🐸