For this year's Maker Faire in Berlin, we came up with the idea of recovering old music media and make a cool project. We ended up choosing music boxes and casette tapes for creating two totally different musical experiments. 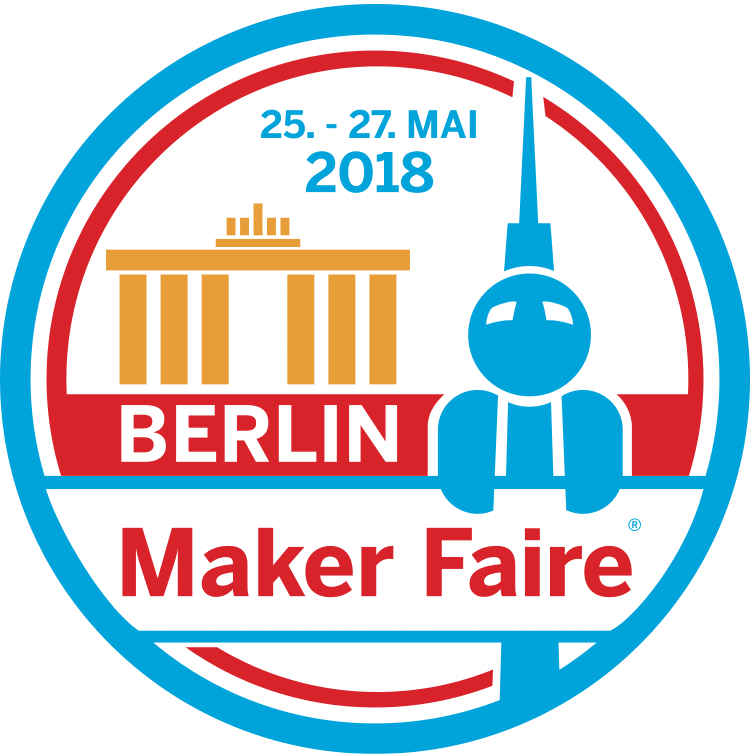 One of the experiments is a cassette tape mixer. You can hear two cassettes tapes playing simultaneously and choose the output volume with a mixer. 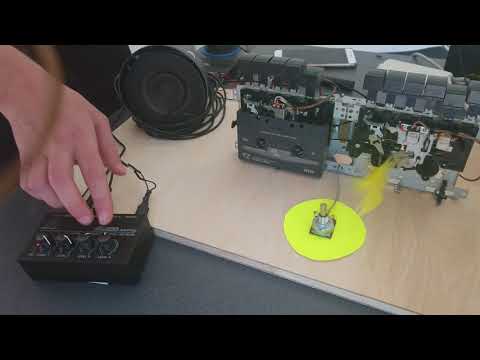 This second project that I did is a synthesizer that reads notes from paper in the way of the old piano rolls. My main idea was to make music storage media readable and understandable because since the introduction of magnetic media the distance between the creators of the media technology and the consumers has become very big and all the media is like a black box that cannot be decodified without the use of very complex machines also created by the producers of media technology. This leaves the consumer with almost zero means of using their storage media without depending on the big (damn capitalists) machines. In this experiment you can draw on a paper and the paper is at the same time your storage media and the notes and you can understand them in the same way the machine does. Thus bringing the user closer to his/her creation (inclusive writing, of course), bridging da big gap, if you know what I mean.

I want to elaborate further on this idea, I was thinking about building a machine that reads colors on a stripe of paper and produces music and play with the concept of Synesthesia. 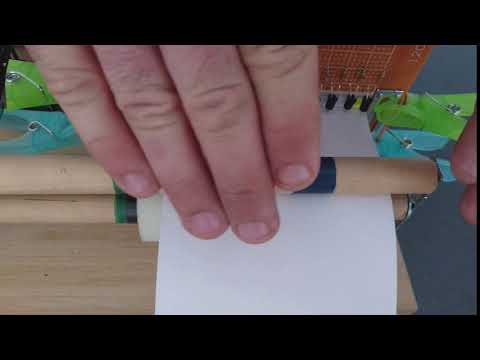 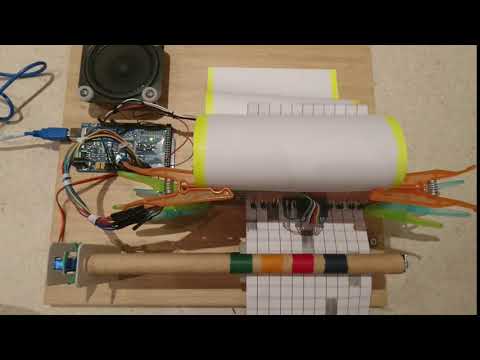 Link to the project description from the Official Maker Faire website.

How to run Rust on Arduino Uno