Crossposted from my site.

I started writing this thing when Github proactively banned users from Iran, Syria and other places. But I didn't think I could add much to the discussion, not any more than what the affected people were already saying. But something itched in me, and that is the image used in their manifesto repo:

I think this perspective come from a (political) view that technology is (or should be) somewhat "neutral" or "not ideological". This will never be the case. I say it is necessarily a political view because it is an assesment on how the relation between a service (product of programmer's labor power) will work in the world. It's not by negating that something exists that you'll solve any problem. It is because of politics that twitter doesn't ban white supremacists. It is because of politics that we work 8 hours a day and not more (or less). It is because of the international division of labor that you are even reading this article in English. Or about why github even exists as the de facto platform for sharing code with the world. Politics should not be seen as a good or bad thing. Politics is a thing. And depoliticizing things will only benefit those in power.

With that said, today we had the news that Github will renew it's contract with ICE.

First, why ICE shouldn't even exist

ICE is the "Immigration and Customs Enforcement" for the US government. It's a police-like entity dedicated to the sole purpose of investigating and deporting immigrants. Immigration is not a crime. There are crimes related to imigration, yes. An undocumented (no human is "ilegal") immigrant is not more likely to commit crimes than any other person. The movement of people in the planet they were born within is not a crime and shouldn't ever be considered as such.

Github seems to agree with me, but if you're not convinced, here are a few resources on the subject:

And here are some videos: 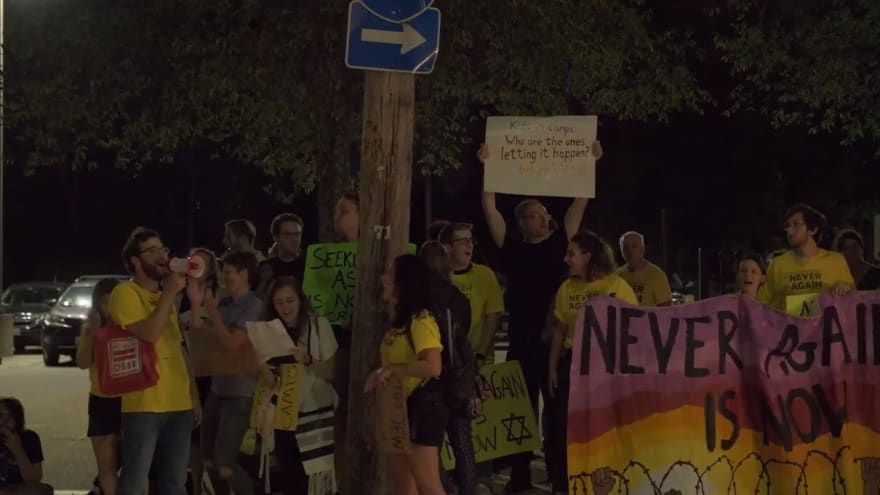 @amornetwork @CosechaMovement @FangCollective @Fuerza_Laboral BREAKING: Here is HD video of an ICE guard driving his truck into us as we sat peacefully blocking the Wyatt Detention Center.

We’re putting our bodies on the line because we see the camps and the roundups. We’ve learned from our ancestors: NEVER AGAIN FOR ANYONE.

Back to Github, open source, etc

So, when they made the ban, I left github. Migrated all my projects to Gitlab. Since their response to this was quiet and in my opinion did not make up for what they did, I decided not to come back for the hacktoberfest event. I'm currently working on an open source music project and could be benefiting from the PRs. But now I think more and more people should migrate their projects to other platforms. Since Github is now owned by Microsoft, there's less reason to believe they'll do the right thing. They still have a monopoly on desktop systems and shouldn't be expected to behave on contrary to their practices on more than two decades now.

Chef tried to do delete their gem, but they had to republish it so their non-genocidal customers could use their product. And maybe this can be the start of a more broad discussion on FOSS as an ecosystem.

There was some discussion on dev.to about open source funding and I remember when Lerna had some discussion about this very subject more than a year ago. Maybe there needs to be more discussion on how the product of programmers' labor will be used other than funding (not to say that funding is not important). The Free software was a beginning, but the move towards the unregulated (economically liberal?) market of now is in my oppinion a move backwards. It allows for this situation we are in now. The most used license (MIT) is like a Pontius Pilate's wash my hands way of saying "you're free to use this and if bad come to you or you do harm to others, it's your fault." Maybe we need more humane alternatives, I don't know, just raising questions here.

If you work on Github I won't ask you to quit your job. But I'll suggest you to listen to this former Google worker that left their job when heard about the Dragonfly project, starting at 5:30 in Mozzila's IRL podcast.

I won't engage with personal attacks anymore, but it's not productive to create a "both sides" view when there were a lot of different things to discuss in the original post.

Would be nice to mark posts like that as #politic or smth, so its easier to add ignore them

discuss tag is a pure parody in this case - first sign of someone with different opinion and we have a personal attack and imaginatory accusations - this is a definition of anti-discussion.

There is the word "politics" literally in the title. The issue of depolitization was highlighted in the text. You are free to stop reading something at any point. Why make this misleading accusation like I fooled someone?

The only way to not see the content in the feed is to follow the tag and set the priority to negative value. Thats why tagging posts correctly is important.

I think @neilonsoftware is right that we're not getting anywhere without a calm discussion.

Folks are going to disagree on this issue, but let's try not to let this escalate to the level of personal attacks. Though this is often tough when a topic is particularly heated, we must try hard to keep discussion on the issue itself and follow the Code of Conduct at all times. If we can't do this, it's best to just move on.

In this instance, it seems like we've reached a dead-end. So let's please not take this any further.

The Code of Conduct is sufficiently vague to remove at least one side of any issue over which there is heated disagreement. Moderation in social media tends to be more about ascribing to a particular set of views just as much as it is about the quality of the content.

dev.to is no exception.

I honestly think that our Code of Conduct makes it pretty clear where our values stand. I think we lean further to the left than most organizations actually.

If that's not clear, and you hang out around DEV long enough then you should be able to figure it out... just read our posts on celebrating pride or our announcement around Black Lives Matter. If you expect DEV not to "ascribe to a particular set of views" then we probably won't meet that expectation.

I don't think that my message above was particularly "partisan" though — I'm really just asking folks not to escalate to personal attacks. That seems reasonable right?

By the way, I noticed you've been commenting on a few of my older comments like this. If you'd like to talk to me directly about any of these decisions, you can message me. I'm totally open to that. 🙂

6 Ways to Look After your Mental Health as a Developer