This tutorial will cover how to make microservices in google app engine using google cloud build. This is intended to only provide a boilerplate for microservices with google cloud platform and not a description of how to code a REST api.

Before we can begin making microservices, we need to enable the google app engine api for the given project. If you dont have an account, you can sign up for a free trial at google cloud. After creating a project we need to

The url is at, remember to replace project_id with your google cloud platform project.
https://console.developers.google.com/apis/api/appengine.googleapis.com/overview?project=${project_id} 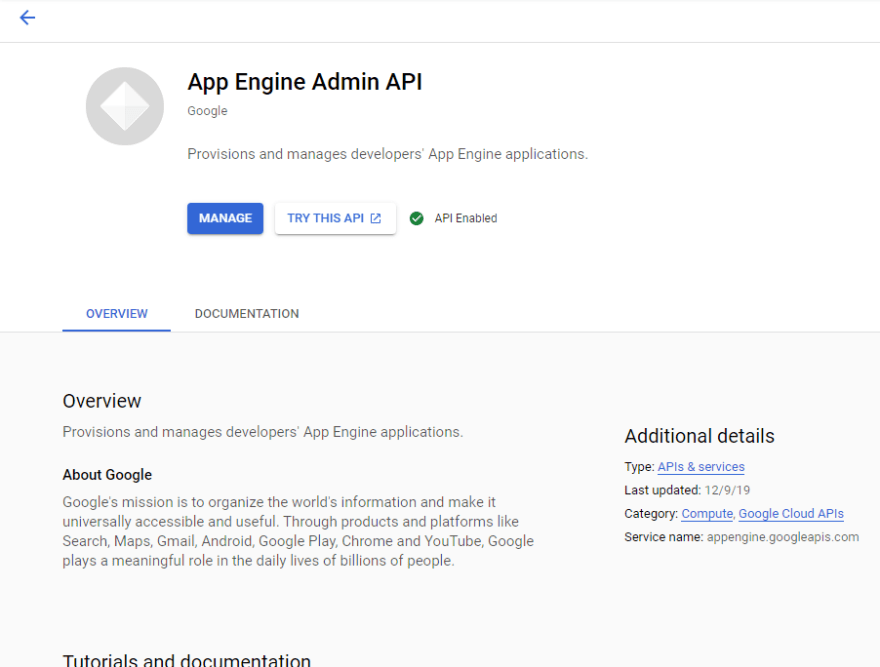 After enabling the api we need to create an google app engine application.

If you already have an app engine application, you can skip this step.

After creating an app engine application, we need to update the default google cloud service account to have access to google app engine.

Wait a couple of minutes for the service account to update globally and then try again. 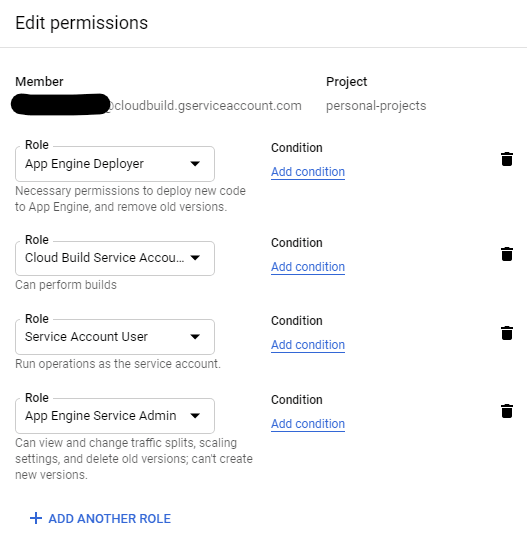 For simplicity, I have copied the boilerplate for the google app engine fastapi.

The contents of main.py as is follows.

To deploy this application to google cloud platform we have a simple fastapi.yaml file to configure the version of python and the start command. The url for the api microservice will be prepended with api-dot.

Basic scaling can be changed as needed, these are the defaults that works for me.

This will build the default app service and the fast api service in the python/api directory. Each push will make a new version in app engine. Personally, I do not feel the need to delete old app versions at the moment.

Another useful step that runs is the cleanup stage. To decrease build times and a bunch of old docker images that are no longer needed. This is just a personal preference to pay no money to google.

If the google cloud build is successfully, congratulations, you have successfully deployed microservices to google app engine.

For the full source code, you can visit github.

View the source code at https://github.com/FriendlyUser/gae-microservices-template

David Li
Blockchain, Ethereum, AI
Do you code on weekends?
#watercooler #webdev #productivity #coding
What was your win this week?
#discuss #weeklyretro
👥 Accelerate your learning and grow your network with Eddiehub 👥
#eddiehub #todayilearned #discuss #devrel