The "new" release v0.5.0 of node-secure has been published few hours ago. This release includes new features and a lot of UI improvement.

Do not hesitate to check the article on the v0.4.0 (which include a presentation of the project too).

I have made a little video to show the new UI and some of the new features (click on the image). 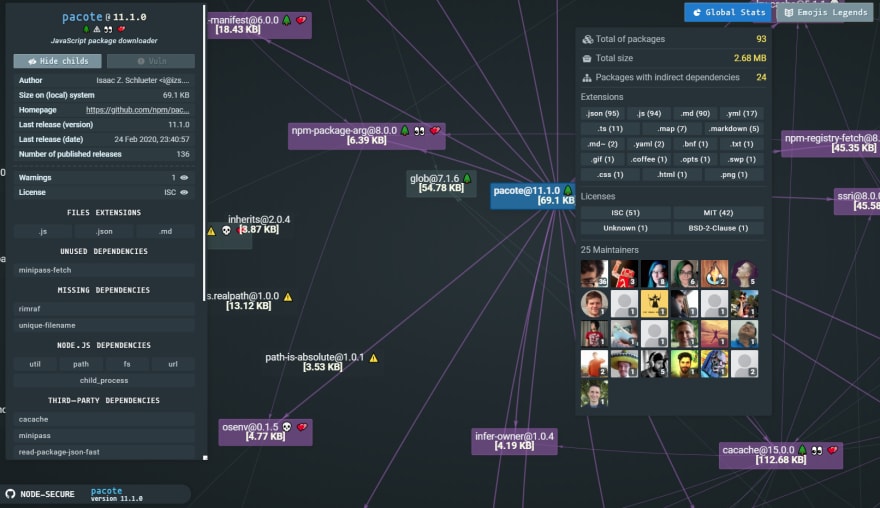 The condition and the period of one year is still experimental.

New metadata in the payload

The payload has brand-new metadata that has been useful to create the new 💀 flag.

🎭 Emoji on the network graph

This emoji is not a real flag and is only added in the UI to indicate that the package is already somewhere else in the dependency tree (with different versions). 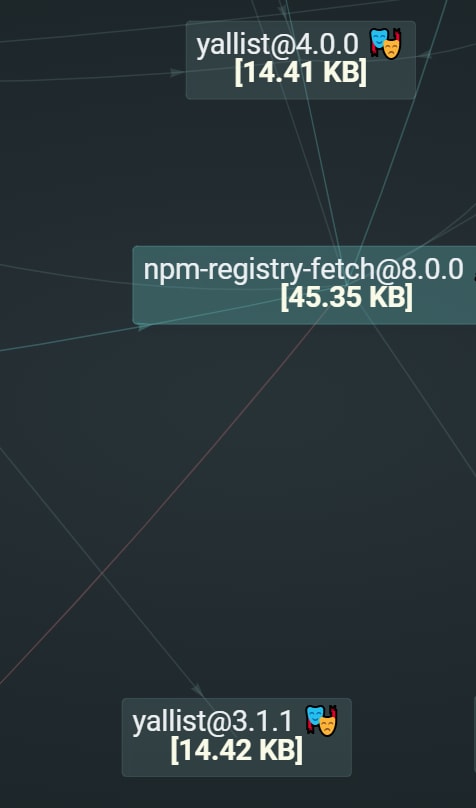 The new search bar is still a prototype (the goal is to build a search bar with real query API like Discord or Github.). The complete search bar will land in v0.6.0 ! 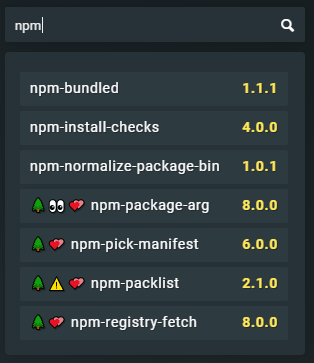 And it is even possible to filter:

Some of the list items in the left menu are now clickable (showed in the presentation video). Depending on the kind of items, the action will be different:

Only the first 5 rows are now displayed by default. Before this feature this was a nightmare to navigate when a given package had a LOT of dependencies and required files. 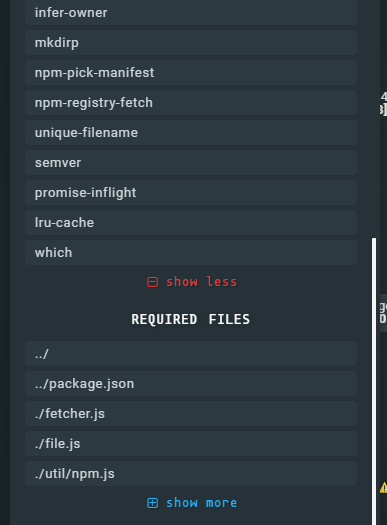 This version allows to click on the License field in the left menu. 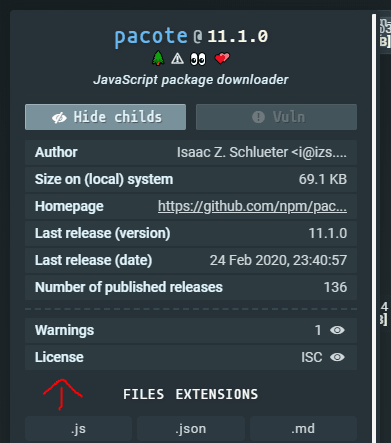 This will open a popup with a table of all licenses used in the project with their conformance information.

Warnings emoji has been refactored and has a new meaning. Now the payload can contain a list of warnings. These warnings are:

Unsafe-import and unsafe-regex are related to a file with the exact position of the problem. Like licenses these warnings are available in a popup:

The AST analysis has been updated to support new patterns:

The CLI will now give you a clear state of what is going on under the hood with some new lazy spinners!

By default the .json file will be removed when the CLI is closed with the auto command. This can be disabled with the --keep (-k) flag.

This makes the default behavior of auto more consistent.

A lot of refactoring has been done and new tests has been added to the project!

The next release will "surely" include:

One of the next major features to implement is the support of package-lock.json (the current analysis may not match the current locked project dependency tree).

And surely more with the feedbacks of those who use the tool.

With my team we are working on a customizable open-source Security report that use node-secure under the hood to analyze a given list of packages and git repositories. I will write a complete article when the project will be done (soon).

The project on github: https://github.com/SlimIO/Security

Preview of the design report (white theme available too). 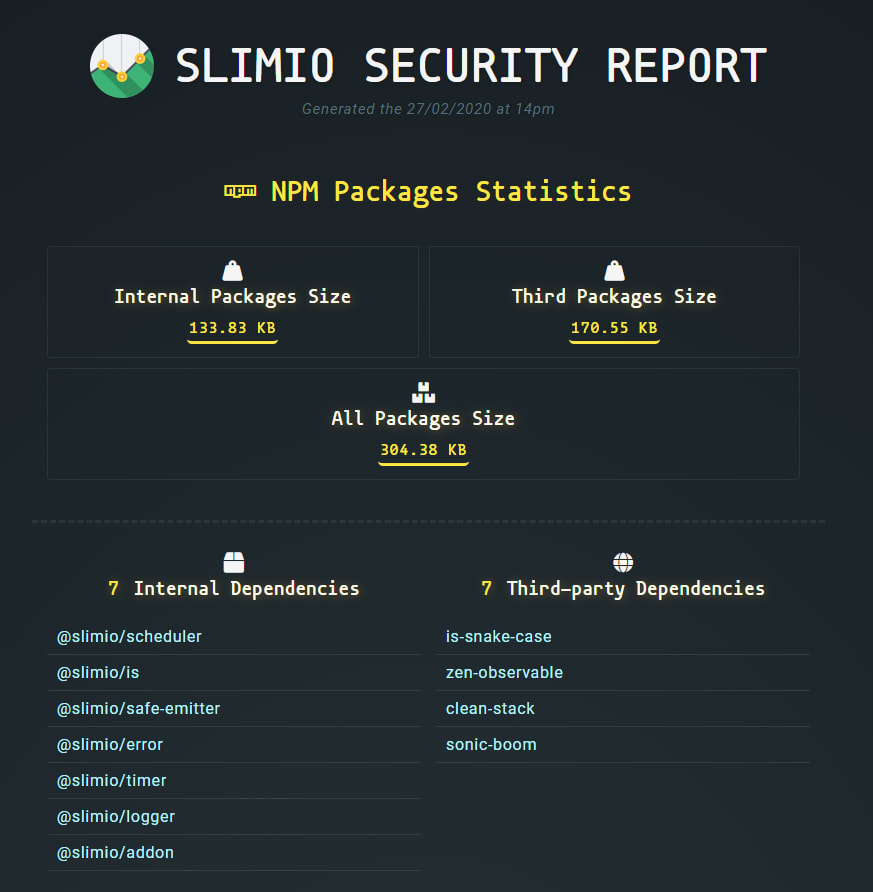 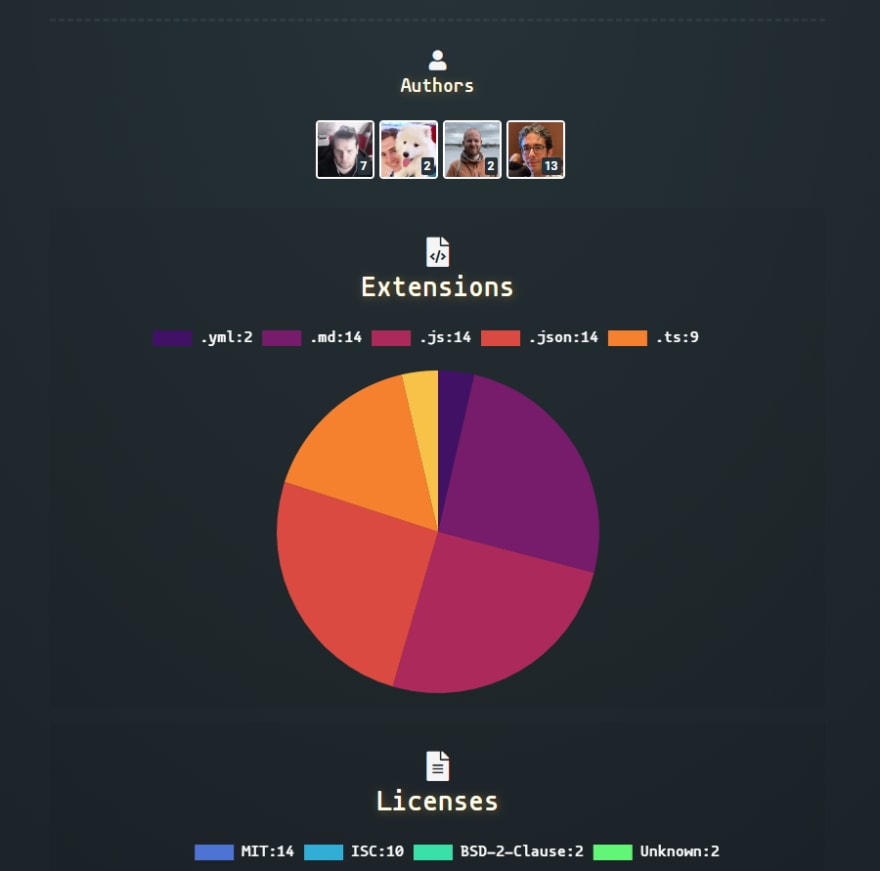 Thanks for reading me and see you for the next release :)