Orthogonality is a mathematical term referring to lines which are 90° to each other: 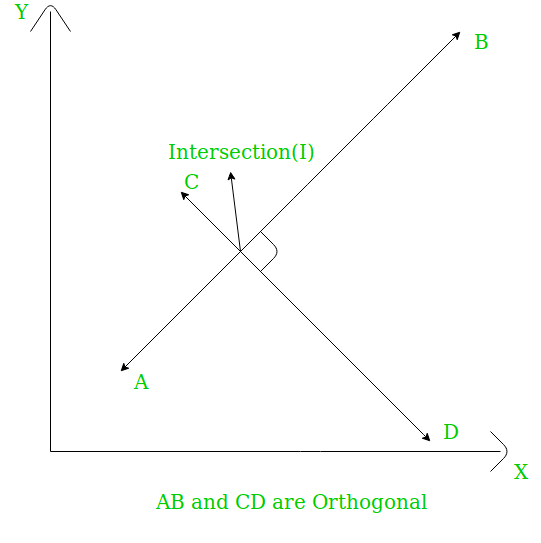 The concept applied to software engineering may seem initially abstract, but the idea is quite simple: the axes on a graph are orthogonal to each other and provide the example we need: if we consider two axes, x and y: 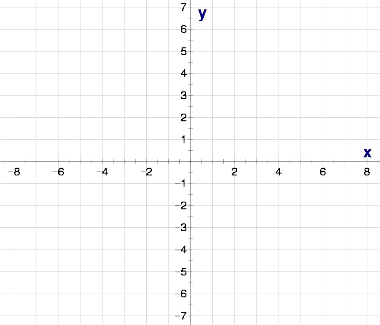 We can see that if we only alter x, moving in any direction, we don't require a change in y. This is because x and y are orthogonal, and this is the point we're getting to in software terms:

Orthogonality in software refers to parts of the system which are not directly related. Often these parts interact with each other, but changes to one do not directly affect the other.

A common example of orthogonality is your business logic versus how your data is stored. For a business which sells items and needs to generate invoices, it doesn't really matter where we store invoices and line items -- flat files (never underestimate the humble flat file!), local database, Amazon s3 buckets, whatever. This is a common place where the principle applies. For example, if you're using Entity Framework (.net) or Knex (Node), you could quite easily swap out the method of storage (MSSQL, MySQL, Postgres) or even radically change the method of storage (Mongo, CouchDb) without having to change other layers in the app -- if you've ensured that there's a layer of abstraction in between those interacting layers.

Consider: if we write traditional ADO.NET code (with newer C# syntax, because it's neater!):

Then we're quite tied into using MSSQL and ADO.NET here, especially if we have code like this scattered throughout the codebase. If you were using EF, this would be hidden from you:

As with everything, there are trade-offs -- at Codeo, we take a bit of a middle stance, using a CQRS pattern with commands / queries which have explicit SQL in them, so there are definitely parts of the code which are coupled with the database implementation. This has been done in the name of performance. But the rest of those concerns are tucked away in a common set of code.

Another common example is presentation (eg HTML, CSS, XAML) vs logic (eg JavaScript, C#, SQL). Even in the logic arena, we can have well-defined areas of abstraction which interact but changes in one don't (or shouldn't) cause changes in another.

A counter-example in the real-world is the control system of an helicopter: changes along one axis of movement require compensation along others. Becoming an helicopter pilot is no trivial task!

Orthogonality goes hand-in-hand with keeping things DRY because as common concerns are abstracted from code, we often find that a good abstraction will make the consumer unaware of the nuts-and-bolts of the code at the core of that abstraction.

Whilst programming for orthogonality, observe:

Whilst you're busy solving all of your requirements, always keep a look-out for orthogonal concerns and see how you can keep them from becoming entangled. This will provide you more freedom to change your system when required to do so.

You will find it easier to keep orthogonal code apart and DRY if you're constantly critical of your own code. Always look for neater ways to get things done.

Unlocking the Potential of Virtual Memory: A Guide to Understanding this Powerful Technology