For the past two weeks, @sharon and I have been working together (across the country!🇨🇦) on the Grant for the Web Hackathon #GftWHackathon. We've spent our time researching Web Monetization, learning how to effectively collaborate and organize our work, and coming up with ideas for our submission.

In this post I will talk about the ideas we came up with, the problems we encountered, and the current state of our progress in the hackathon. To read about how we began our remote collaboration process check out @sharon 's article: 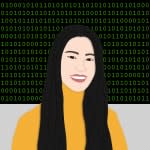 While discussing our top 3 ideas, we realized it might work to combine the Live event platform and Money stream visualization ideas. We thought it could be hype-inducing to attend a live fundraising event which gives you a visual understanding of the total amount of money being streamed during the event. We decided to combine Sharon's idea with my idea into one SUPER IDEA: A live event platform with money stream visualization. This super idea could enable users to feel like they are part of the community, have fun, and contribute to a great cause!

At this point we were feeling good about our new super idea, so we started moving ahead with it. The next steps were to define features and figure out how users would interact with the platform. We had done our research and we knew it would be possible to implement our ideas using Web Monetization tech, but we weren’t sure whether our idea would actually be useful or not. As we were getting into the details of our idea, we identified a few problems that seemed difficult to address within the scope of our idea.

While thinking about how real users would interact with our SUPER IDEA, we asked ourselves the question: How many Coil users would have to attend an event in order for the event to raise a significant amount of money? Since Coil is currently the only way for users to stream money using Web Monetization, this was an important question. We checked Coil's documentation and found that Coil streams money at a rate of $0.36 an hour to websites. Assuming, for simplicity's sake, that each user attends an event for an hour, our platform would need 1000 users to join an event in order to raise $360.

That's not a very large amount of money, but it is a very large amount of users, and a long time to spend at an online event. We felt that creating a platform for such an event sounded quite difficult: it is not easy to attract people to an event, and it is even harder to keep people engaged for an entire hour.

In order to keep people engaged for the length of an hour long event, people would have to be actively engaging with something. Combining our Live event platform idea with the Money stream visualization idea would give people an interesting visualization to look at for a minute or two, but certainly not a full hour! We started thinking about YouTube and Twitch. These platforms keep people engaged by hosting high-quality entertaining content. Making a great platform for content doesn't seem easy…

With these considerations, making our (maybe not-so) SUPER IDEA useful sounded like a complex problem—too complex for a month-long hackathon. So we decided to pivot to our third idea: A website with a central fund which is distributed based on merit.

While we both agreed that this idea is cool, we quickly realized it would be more useful when added to an existing website. Creating an entirely new platform just to add the idea of rewarding contributors with money is a bit backwards. What kind of platform for contributors could we even establish when so many great ones already exist? We decided it would be great if existing platforms like Stack Overflow incorporated this idea into their community, but we didn't think this idea was the right fit for the hackathon.

We had run out of ideas.

Feeling lost, sad, and hopeless is part of the process

Now, at the time of finishing this article, I can add that writing has helped us step back and understand where we are at in this hackathon. While working through the details of our ideas, we encountered unexpected complexities. We ended up feeling stuck and we didn't know where to go next. So, we took some time to think, discuss and reflect on our frustrations, and write down our thoughts. This process allowed us to revisit what we valued in Web Monetization and what we valued in our ideas. After our feelings of frustration were resolved, we were able to move on. All the time spent, and knowledge gained from this frustrating process is exactly what we are using to come up with a new idea.

We have come up with a new idea which takes what we valued from the previous ideas and combines it into not just a SUPER idea, but a MEGA idea. We've learned firsthand that it can be good to pivot and change ideas. Pivoting is like starting over again, but with way more understanding and knowledge than the last time you started over. In summary, failing can be great (even though it's difficult and frustrating)!

Wish us luck as we get started with our new idea in the last two weeks of the hackathon. All the best to our fellow #GftWHackathon participants, and see you in our next update post!

What the heck is Tailwind CSS and should I use it?

If you have a chance to check it out, please let us know what you think!

Once suspended, esse-dev will not be able to comment or publish posts until their suspension is removed.

Once unsuspended, esse-dev will be able to comment and publish posts again.

Once unpublished, all posts by esse-dev will become hidden and only accessible to themselves.

If esse-dev is not suspended, they can still re-publish their posts from their dashboard.

Once unpublished, this post will become invisible to the public and only accessible to Elliot.

Thanks for keeping DEV Community 👩‍💻👨‍💻 safe. Here is what you can do to flag esse-dev:

Unflagging esse-dev will restore default visibility to their posts.