Choosing a good source code editor can help you increase your workflow efficiency. It spares you the time to manually examine the code for some common mistakes. The following is a list of the best source code editors for Windows, Mac OS, or Linux platforms. Please note that this list is not in any ranking order.

Visual Studio Code (VS Code) is an open-source code editor developed by Microsoft. It is one of the most powerful code editors on the market. In fact, with its huge collection of extensions and plugins, it is very close to a full-featured IDE. VS Code can take on most of the tasks of an IDE with the right configuration and plugin library.

VS Code can be used with a varieties of different languages, including Java, JavaScript, Python, Node.js and C++. Visual Studio Code includes multiple FTP extensions, That means it can be used for web development, and the code can be synced between the server and the editor, without downloading any extra software.

Atom is a free, open-source code editor written in Node.js, developed by GitHub, and thus now owned by Microsoft. Like Microsoft’s poster child, Atom is also highly customizable and has a large library of extensions. Atom is as robust as a code editor can be, if it doesn’t have a feature you need, you can create it yourself.

Historically, it had some performance issues, but those have diminished significantly. although it still launches slower than other code editors, it is just as reliable as any other editors on the market.

Sublime Text is pretty much the industry standard for source code editors. Just like Atom and VS Code, Sublime Text has as an incredibly active package repository that extends its features far beyond the initial download. It comes with all the features that you can expect from a powerful code editor, like auto-complete, auto-fill, multiple selection, split editing and so much more.

Although on the official website of Sublime Text, it has a $80 price tag. But it does offer an indefinent, never-ending trial, so technically, it is a free software. 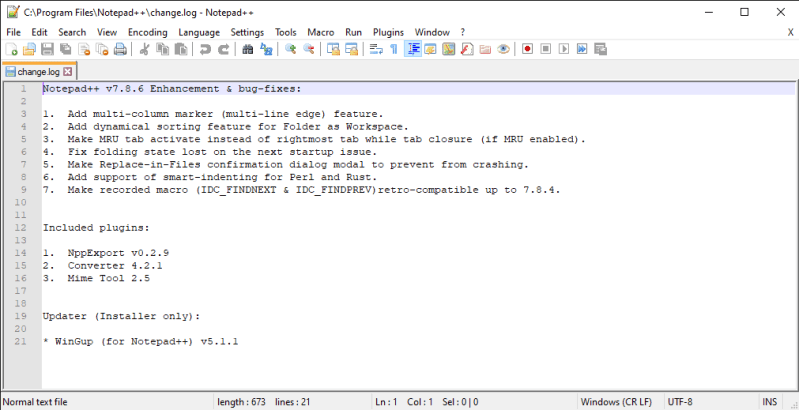 Notepad++ is probabaly the most downloaded code editor on the market, At first the project was hosted on SourceForge.net, from where it has been downloaded over 28 million times, and twice won the SourceForge Community Choice Award for Best Developer Tool.

Notepad++ may not be as robust and powerful as the other code editors in this list, but it is very light weighted and very effective. My personal choice is to have both Visual Studio Code and Notepad++, VS Code can handle large projects, and Notepad++ can deal with others.

Although Notepad++ is developed for Windows, you can still install them on Mac OS and Linux using Wine.

Brackets is a source code editor with a primary focus on web development. Created by Adobe Systems, and surprisingly, it is open-source and free. Brackets is designed to be minimal-yet-powerful. It does, however, offer some unique and useful features. Extract, for example, allows you to extract information such as fonts, colour, gradients, and so on from PSD files, and create a CSS file based on it.

How to Make Your Server More Secure