You can download the source code of this tutorial here.
https://www.techjblog.com/index.php/django-tutorial-for-beginners/

Django’s primary goal is to ease the creation of complex, database-driven websites. The framework emphasizes reusability and “pluggability” of components, less code, low coupling, rapid development, and the principle of don’t repeat yourself.

Python is used throughout, even for settings files and data models. Django also provides an optional administrative create, read, update and delete interface that is generated dynamically through introspection and configured via admin models. 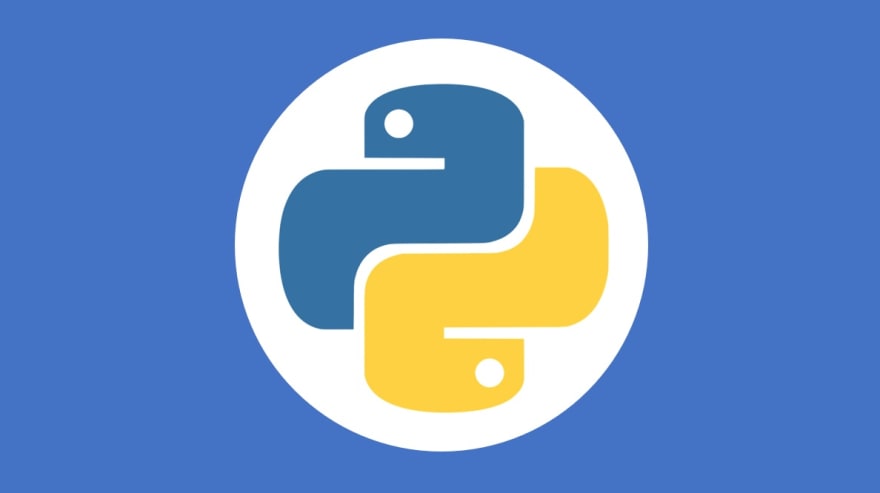 Python is a high-level, general-purpose programming language. Created by Guido van Rossum and first released in 1991, Python’s design philosophy emphasizes code readability with its notable use of significant whitespace.

The language’s design philosophy is summarized as:

Python’s large standard library, commonly cited as one of its greatest strengths, provides tools suited to many tasks. Django is one of them which is designed for web development. 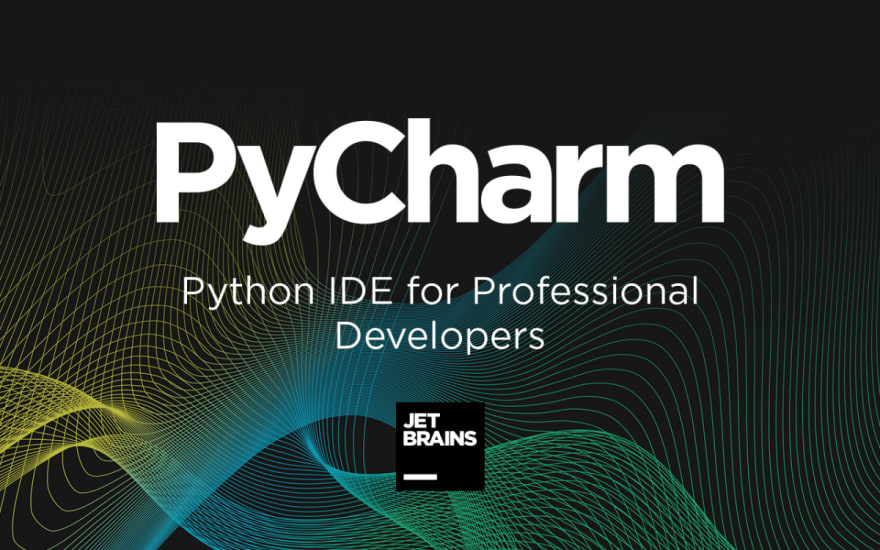 PyCharm is an integrated development environment used in computer programming, specifically for the Python language. It is developed by the Czech company JetBrains. Unlike the PhpStorm we talked about in the Laravel tutorial, PyCharm has a community version that is free to use. 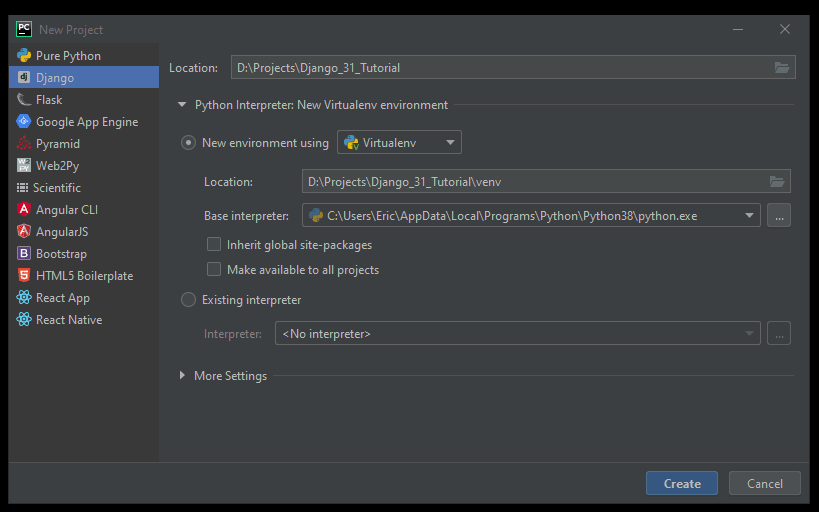 Make sure the base interpreter is the python.exe you just installed.

It would take a few minutes for PyCharm to setup our project. After everything is done, this is what you should get: 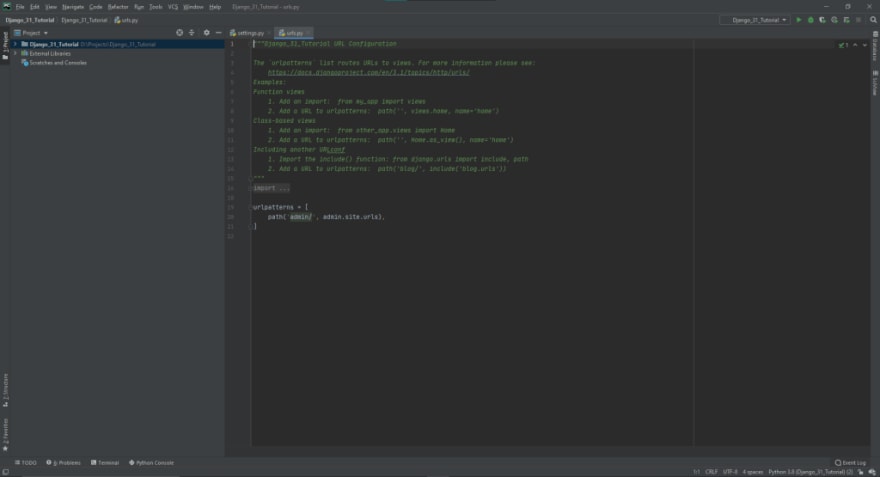 Now, we can start the development server to test if everything works. Open the terminal, which is located at the bottom left corner if you are using PyCharm.

It should automatically go to the project root folder and activate the virtual environment. If you are not using PyCharm, you might have to do this manually. Run the following command:

You’ll see the following output on the command line:

Django allows you to create multiple apps in a single project. For example, there could be a “blog” app, a “gallery” app, and a “forum” app inside one single project. These apps could share the same static files, images, videos… or they could be completely independent of each other. Depends on your own need.

In this tutorial, we’ll create just one “blog” app. Go back to the terminal, and type in:

You should see a new blog folder created in the project directory. 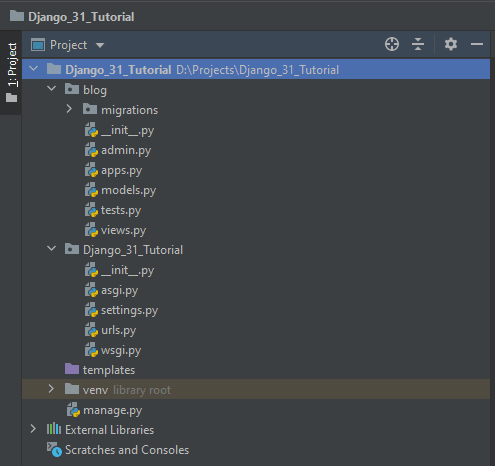 Now, we need to register this new app with Django. Go to Django_31_Tutorial/settings.py and find INSTALLED_APPS:

Before we dive into our project, there are some changes we need to make to the settings.py file.

The ALLOWED_HOSTS is a list of domains that the Django site is allowed to serve. This is a security measure to prevent HTTP Host header attacks, which are possible even under many seemingly-safe web server configurations.

DATABASES is a dictionary containing the settings for the database that our site needs to use. By default, Django uses SQLite, which is a very light weighted database using just one single file. It should be enough for our small project, but it won’t work for large sites. So, if you want to use other databases, here is an example:

First, we need to specify where these files are stored. For our Django site, we’ll create a static folder inside the blog app. This is where we store static files for the blog app during development.

In the production environment, however, things are a little different. We need a different folder under the root directory of our project. Let’s call it staticfiles.

Then we specify this folder in the settings.py.

Next, we need to tell Django what URL to use when accessing these files in the browser. It does not have to be /static, but do make sure it does not overlap with our URL configurations which we’ll talk about in the next article.

Media files are configured in the same way. We create a mediafiles folder in the project root directory:

And then, we specify the location and URL:

In the next article, we’ll talk about the URL configurations in Django.

How to Make Your Server More Secure