Is no code going to replace programming? In this article, we're going to discuss something which is very common among developers and non-tech people. People are wondering if no code is going to replace coding programming technology, why you should even bother to learn to program whiles WordPress Weebly Shopify, all sorts of things are available. 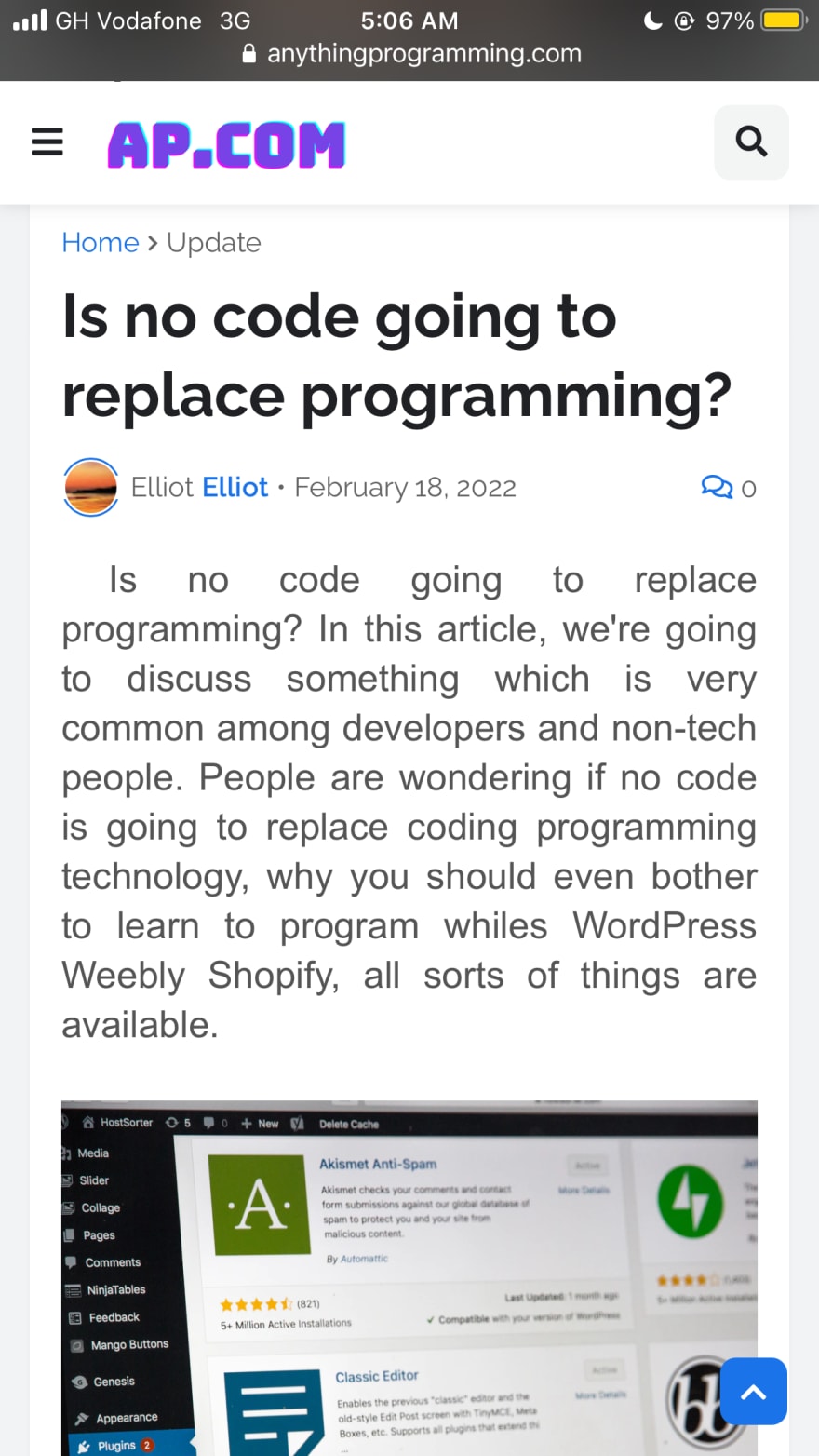 I will clear the air with this. Let's try to understand what is no code, this has become many popular in the last few years and what no code essentially means is that you are able to develop sophisticated systems without actually writing any line of code by yourself. That could involve any WordPress installation that could involve any internal dashboard with tools like AB, Smith, or retool that could involve any sort of online e-commerce store that could involve designing your web page using some drag and drop a thing or that could also involve you asking open AI Codex about how to develop a game, and just that for you, so these are all examples of no code which are very popular and they are actually very, very useful.

So let's take a look at two things which people get wrong. Number one. No code is going to replace programming and the only thing which I know for sure is that programming would not be replaced by no code at all.

So the point here is programming languages like JavaScript or Java or C or C++ languages etc are called Turing complete languages because you can program a computer in these languages and all right, any sort of program which can be done by a Turing machine as well.

The reason these no-code tools exist is to reduce this complexity because of programming languages. I mean you could think Python is not complex and but when you have something from which you can have infinite possibilities or infinite outcomes. I mean that could be made as complex as you want because even if you choose a subset of problems that is easy, there is always a subset of problems that might be harder than that, and so on.

So this is why in programming languages you can create all sorts of programs. In computer science using existing pools, which you have and then we build on top of these languages, we build certain toolkits which, on top of those bills out and more abstractions and so on.

This keeps ongoing, so every single no-code tool out there at some level life, because if it doesn't stop that and then no code tool becomes Turing complete that no court to essentially is a programming language, So you have gotten into programming anyway because God is like the literal definition of how computers work.

So what most of the local rules do is they provide you with a certain UI user interface, whether that's you know a simple UI or it might be a little bit complex, but that there would be a UI that is fundamentally not Turing complete. That means you cannot do everything you would be able to do with the programming language with that particular UI, because if you were able to then that is just another program in which that definition of a Turing complete programming language, which is, you know, one of these and many other.