So, you know JavaScript. And you know React. You’re off to the races, building your amazing React app and changing the world.

Over time, your React application gets more complex, with more app components, and more data going in and out of it. Now you’re running into issues — and managing multiple simultaneous processes is turning into a headache. How do you keep it all in line?

The answer is: use Redux.

[Understanding Redux] is a course created by front-end expert Ohans Emmanual. This course shows you how to implement this popular state management library into your react-redux app, making your life easier.

Redux is a lightweight state management tool for JavaScript apps, released in 2015 and created by Dan Abramov and Andrew Clark.

Redux is the most popular state management solution. It helps you write apps that behave in the same way, are easy to test, and can run the same in different environments (client, server, native). One of the key ways Redux does this is by making use of a redux store, meaning, the entire application is handled by one state object. What this basically means is that a redux store holds the state of your app and keeps it safe.

According to its official documentation, Redux was founded on three core principles:

The state of your whole application is stored in an object tree within a single store.

Ensure application state is read-only and require changes to be made by emitting a descriptive action.

To specify how the state tree is transformed by actions, you write pure reducers.

With the entire state of your application centralized in one location, each component has direct access to the state (at least without sending props to child components, or callback functions to parent components).

And the more complex your app is, the more valuable Redux is. As you add more features, your app scales horizontally instead of vertically (or in other words, code is added in addition to your existing code, instead of on top of it). This keeps your code relatively clean and simple. 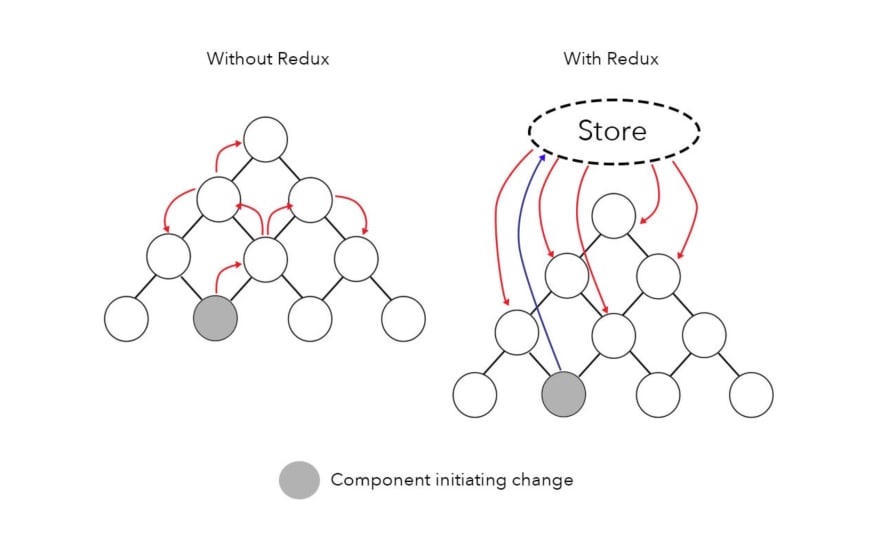 State management is an important part of application development, especially when client and server data needs to be an entity you can actually maintain.

If your app is more complex or deals with lots of data, using Redux to manage your app’s state will help solve issues that come up with more complex apps.

These concepts are used to create a simple state management architecture. 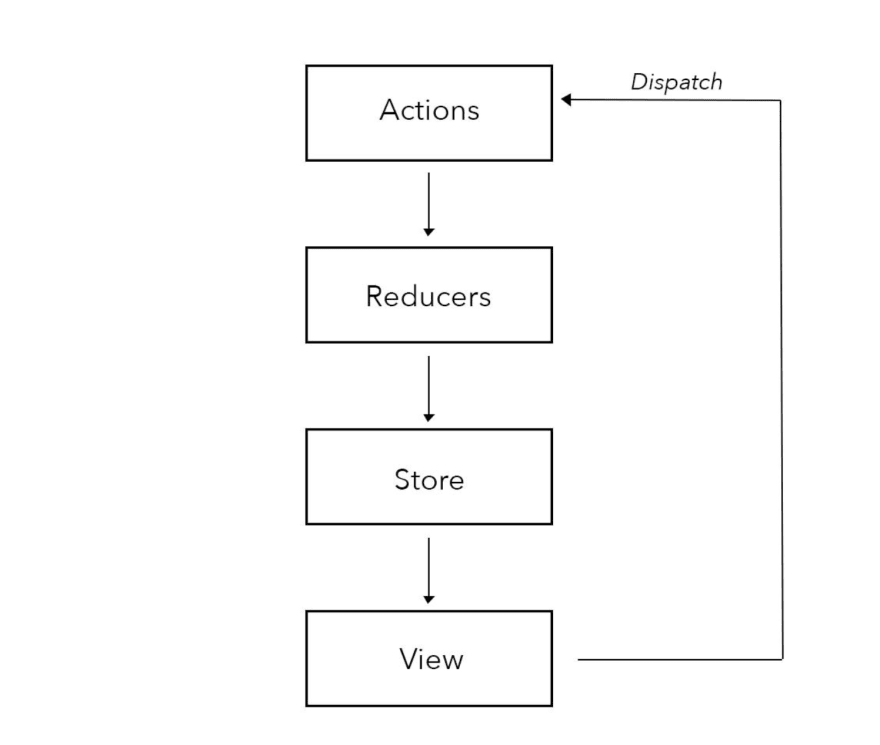 Although Redux is used with other JavaScript libraries like Angular or Vue.js, it’s most commonly used for React projects. With a set of configuring data, you can easily change the visible React DOM from one state to another. Redux takes it a step further by being a predictable state container so you can easily maintain and tweak the state. Paired with React, Redux allows you to glance at your app’s data and views, make a simple change to any of your data, and get a good idea of how your views will update.

Redux has a pretty big learning curve, at least initially. It’s a bit more tough to pick it up on your own. Understanding Redux is designed to give you a primer on the basics of Redux. Test-drive a few free preview lessons if you want a good grasp on what learning on Educative is like.

Those silly mistakes we all make

Silly mistakes happen to us all.

What can GraphQL do for your API?