This article was written by Aaron Xie and was originally published at Educative.io.

Mobile applications continue to grow in popularity each year. With this growth, newer and more powerful tools are constantly on the rise to facilitate the mobile development process. One has taken the industry by storm: Flutter, a toolkit for building cross-platform applications.

After today's reading, you will walk away with a good overview of Flutter and build a basic Flutter application.

What is mobile development?

While web-based applications simply need to run on a web browser, mobile applications depend upon the device itself. In terms of iOS devices, developers primarily need to support the iPhone and iPad. However, for Android, there are many types of hardware and operating systems for smartphones and tablets, which makes mobile apps more difficult to develop.

Looking to read more about Android development? Our article How to develop an Android App dives into creating native Android applications.

Flutter is an open-source Software Development Kit (SDK) for "building beautiful, natively compiled applications for mobile, web, and desktop from a single codebase."

So, what exactly does that mean? Let's say we have a developer who has created an amazing application, and people love it. However, the application is only supported on iOS. So, the developer decides to spend numerous hours learning Android to support more users on their application. Even after learning how to build Android apps, they realize that their application must support all types of Android screen resolutions, giving them even more of a headache. That's where Flutter comes in.

Maintained by Google, The Flutter SDK is a toolkit created to intelligently design applications for all types of screens and devices, allowing for cross-platform development. The toolkit competes with other native compatibility frameworks like React Native.

Flutter comes with a large collection of pre-built widgets (rows, columns, stacks, padding, center, etc.), making it much easier to design and layout your mobile application. This means that instead of having to have separate codebases for your iOS app and Android app, you can utilize Flutter and have one codebase for all the different platforms that you want your application to support. Some companies that use Flutter are Google, Groupon, Alibaba, Square, eBay, and more.

Advantages and limitations of Flutter

Overall, Flutter offers a lot of potential in the mobile development world, and while there are some potential downsides, the advantages of using Flutter make it an appealing choice.

Widgets are the basic building blocks of the Flutter UI. Unlike many other frameworks that separate views, layouts, view controllers, and other elements, Flutter offers a consistent, unified object model: the widget.

Like components in React, widgets form a hierarchy and can be nested within each other. Furthermore, widgets inherit properties from their parents. 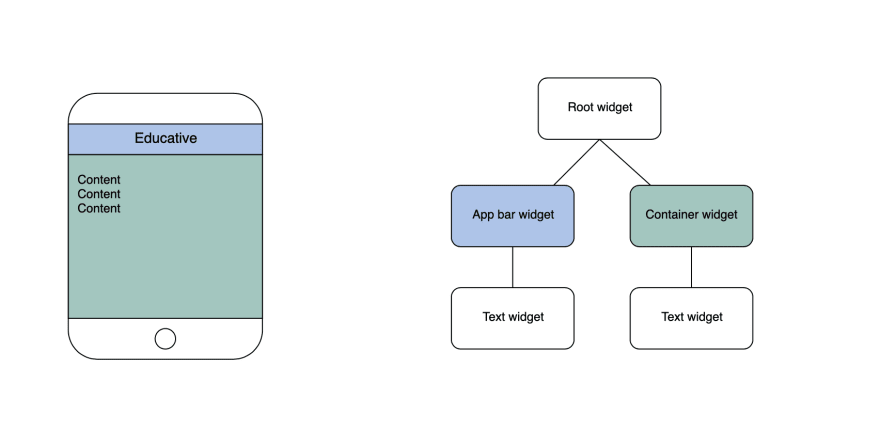 As seen above, let's say we are developing a basic Flutter application. Everything in the entire app would be contained by a Root widget. Within the root widget, you have an App bar widget, which contains a text widget (Educative). Then, you can have a container widget contained within the Root widget, which contains another text widget (Content). Most applications will be much more complex, but based on this simple example, you can begin visualizing a widget tree.

Some widgets that come pre-built with the Flutter toolkit are text, button, row widget, column widget, and image widget. The list goes on. Each widget is customizable, so you can pass in certain properties to determine how it is displayed. 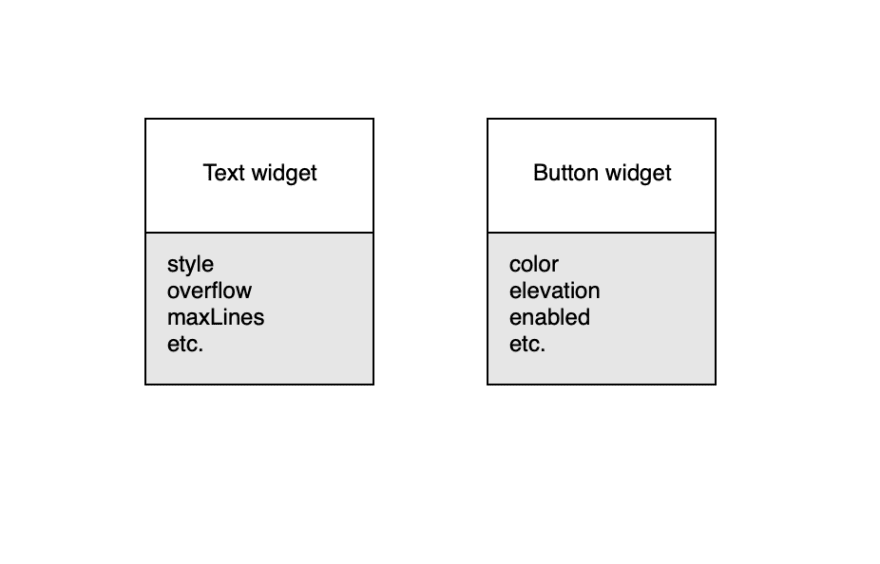 The Flutter framework is organized into layers, with each layer building upon itself. 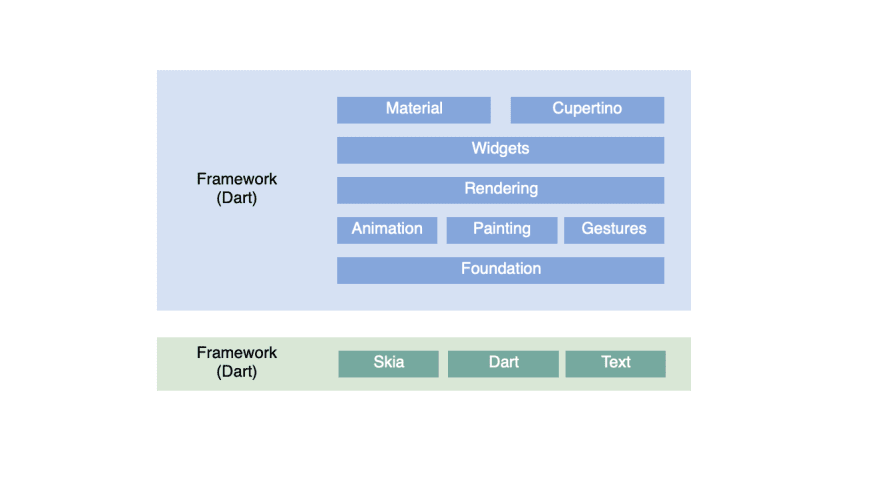 As seen from the diagram above, the low-level layer of Flutter is its engine, which is built using C++. The engine provides low-level rendering using Skia, Google's graphics library.

At the upper layer is the Framework, which is written in the Dart programming language. It provides a collection of libraries to support animation, gestures, rendering, widgets, and more. The upper layer is used much more frequently than the lower layer.

Now that you have a high-level overview of Flutter, you will create your first Flutter app. You'll learn how to create a basic, functional hello world app.

There are multiple ways to install Flutter to your machine, but the easiest way is to download the installer from the Flutter website or through Github:

Below are the setup instructions for the different operating systems:

For an IDE, we will use VS Code, which is lightweight and provides functional support. When using VS Code, make sure that you install the Flutter plugin, which will install Dart along with it. You can also use Android Studio or IntelliJ, which are great options.

Once you have installed Flutter and set up the required dependencies based on your IDE, it's time to start your Flutter project!

To create a Flutter project in VS Code:

Go to main.dart and replace the current code with the following:

After your run your app, you should see a basic application that says, "Hello World."

Breaking down the code:

Wrapping up and resources

Great job! You have created your first Flutter application. Now you should have a good idea of what Flutter is and why it's so popular. You also know how to create a basic Flutter app. Still, this is just the beginning of your Flutter journey, as there's much more to learn. From different kinds of widgets to Flutter themes and much more, there's a lot to cover before you can use Flutter like a pro.

If you're looking for a streamlined approach to learning Flutter, check out our Beginning Flutter course. In this course, you'll dive more in-depth into widgets, layouts, themes, and finally, you'll develop your own Movie Listing App using TheMovieDB REST API.