Self-Driving or Autonomous Vehicles are a remarkable achievement of modern times. As these vehicles are gaining fast-paced popularity. Risks and concerns regarding safety and possible hazards are increasing. 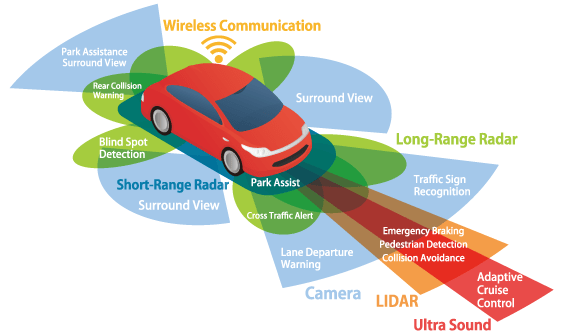 People of these times are quite exposed to partially autonomous driving like autopilot or automatic modes. Vehicles with such features not only reduce the chance of human error but also save time and provide greater independence.

Have you ever been in a situation where you woke up late and had to skip your breakfast to reach the office in time but you lost the battle when it took you ages to park your car? Here Self-Driving automobile comes into the picture which would have let you feast on your breakfast on the way to the office. Also, your self-driving car would have dropped you off at your destination and parked itself, whilst you got to proceed without a worry.

Autonomous vehicles may provide the liberty of freedom of transportation for disabled people like blind or handicapped. These vehicles may also help elderly people gain independence in terms of transport.

Despite these conductive and beneficial advantages, such vehicles may expose you to appalling hazards and risks. Crucial of them all would be a hacking attack, as such an attack may lead to serious accidents and bizarre consequences.

Another aspect that may bother people choosing autonomous vehicles is the costly maintenance of such vehicles as such vehicles require large and complex software to perform tasks and make logical situation-based decisions. Upkeep of such large-scale software costs a hefty amount of money.

Guilty of Casualty Owner or Manufacturer?

The primary goal behind this awe-inspiring invention is to reduce the number of accidents according to technology experts. Even though machines do not make mistakes out of anywhere still technical errors are an evident reality. Hence the question arises, who would be to blame if a crash or accident by autonomous vehicle results in severe injury to any person or worse any casualty, who would be to blame for such an incident, the owner of the car or the manufacturer. And that is what I would leave for you to decide. Let me know your thoughts in the comments section.

What is Selenium? A Beginner's Guide

Human Pose Estimation Technology Capabilities and Use Cases in 2022

Google Developer Student Clubs - NUML
What is your favorite way to learn?
#discuss
Meme Monday 😬
#jokes #discuss #watercooler
When can you declare yourself a Full-stack Dev?
#discuss

Once suspended, dscnuml will not be able to comment or publish posts until their suspension is removed.

Once unsuspended, dscnuml will be able to comment and publish posts again.

Once unpublished, all posts by dscnuml will become hidden and only accessible to themselves.

If dscnuml is not suspended, they can still re-publish their posts from their dashboard.

Once unpublished, this post will become invisible to the public and only accessible to Google Developer Student Clubs - NUML.

Thanks for keeping DEV Community 👩‍💻👨‍💻 safe. Here is what you can do to flag dscnuml:

Unflagging dscnuml will restore default visibility to their posts.