In this blog: You will learn how to create an iOS app using Python frameworks. Get our "Mobile Development" Build to obtain a Python 3.7 version complete with the mobile development frameworks described in this post.

There are many libraries in the Python app development ecosystem that cover nearly all aspects of software development. It is especially interesting that many of these libraries include tools to compile Python into native code for specific mobile platforms, such as iOS and Android. You heard it right! You can use Python to build native mobile apps.

Why Python? Python's ease-of-use and readability are a major advantage in mobile development, where speed to market is crucial to maintaining and gaining market share. However, iOS and Android don't support interpreted languages so they cannot natively run Python applications. A number of frameworks exist to bridge this gap and allow Python apps to run on mobile devices that have a native appearance.

This tutorial will show you how to:

There are two options when it comes to cross-platform mobile apps that can be used on both Android and iOS using Python: Kivy or BeeWare.

Kivy is an open-source Python library that allows rapid development of cross platform UI applications. It uses OpenGL graphics engines, which allow it to handle GPU-bound workloads. You can also port Python apps to Android with the Python-to-Android project. Although packages can be created with Python 2.7, it has a like toolkit.

BeeWare, another popular tool, allows you to write Python applications and cross-compile them on a variety of operating systems including macOS and Windows, Linux GTK and macOS. It can also be used for mobile platforms such as Android app development and iOS app development.

Briefcase is an example of a tool that allows you to create boilerplates for native applications. Rubicon C and Rubicon Java provide bridge interfaces that allow you to use Python to call Objective C and Java bindings, respectively.

BeeWare seems to have a main repository that is updated frequently. They also offer commercial support, which includes consulting, training and technical support.

Let's make a simple mobile app to test the BeeWare toolkit. It will select today's cafeteria special randomly from a pre-populated listing.

Briefcase is an interactive tool that allows you to create your project. It prompts you for key information.

Select one of the following:

After completing the project, you can launch it to view the native app (Mac and Windows) representation. An empty modal window will be displayed in this instance.

We want our app running on an iOS device so we must use the following command within the project:

To proceed, we will need to install Apple's app development tools (Xcode).

Once Xcode is in place, we can edit the file src/foodtracker/app.py and replace the boilerplate with code that implements our "daily special" app:

You can see that the elements of the window are constructed using imperative-style code. To hold all the child elements, we added a main element. We created composition by adding a button and a message box that contains a read-only text field. The button will display a random recipe when clicked.

In the final 3 lines of the startup procedure, we define the main windows and their properties.

We are now ready to build our project.

We can see how our app looks on our desktop by using Xcode. This will open the project and allow us to run it in an iOS emulator.

You just need to tell it which folder to use:

This is what you will see when the emulator is run: 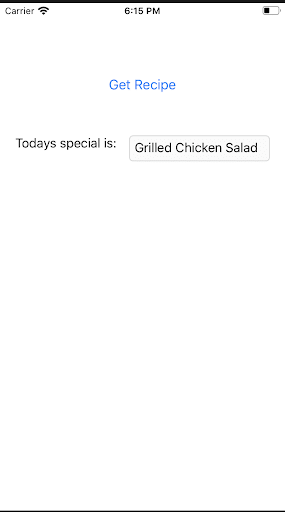 To see the changes in our code, you will need to run these commands every time.

Why not invest in Python mobile apps instead of standard mobile languages such as Java or Swift?

We will answer this question by discussing the pros and cons associated with using Python for mobile development.

• The Power of Python: We can harness the power of Python with the Kivi or BeeWare frameworks. This is a great advantage for those who are familiar with Python and have the ability to port existing applications to mobile platforms.

• Cross-Platform Support: This means we create our application once, and then compile it on different platforms. This promotes reuseability.

• Slower Compilation: This is likely due to the extra tools we need when changing code. This could be corrected with automation scripts and tooling integrations.

• Less Supported features: Google will always favor their native tooling over any other. Non-native framework users will be restricted by the latest version of Kivy/BeeWare. To resolve any issues that you are seeing, you will need to keep up to date with the issue list as well as the limitations of the current version.

• Inconsistency: Because not all features are available on every platform, there may be some inconsistencies. You might have a different layout on iOS than Android. You may need to find many ways to keep the designs consistent.

There are many Python applications that can be used as examples and you have the opportunity to reuse code.

Before you decide to write Python applications and cross-compile them into native platforms such as iOS or Android, it is important that your organization carefully consider the pros and cons.

Create a Free ActiveState Platform account to get started with our "Mobile app Development" build. This build includes Python 3.7 and all the frameworks mentioned in this post, so you can try them out yourself.

NOTE: The easiest way to install an environment is to first install ActiveState Platform's command-line interface (CLI), or the State Tool.

If you’re on Linux or Mac, you can use curl to install the State Tool:
sh <(curl -q https://platform.activestate.com/dl/cli/install.sh)

After the State Tool has been installed, you can run the following command and it will automatically install the build into a virtual environment.

Top 3 Ways to Center a DIV with CSS 🚀

Dreamsoft4you
Established in 2003, DreamSoft4u is the best software development company and healthcare IT service provider. Over the years, the company has been delivering top-notch IT solutions to global client.
Angular 14: All the Important Features and Updates
#angular #webdev #programming #python
6 Best Backend Frameworks For Web Development in 2022
#webdev #backendframeworks #programming #python

Once suspended, dreamsoft4you will not be able to comment or publish posts until their suspension is removed.

Once unsuspended, dreamsoft4you will be able to comment and publish posts again.

Once unpublished, all posts by dreamsoft4you will become hidden and only accessible to themselves.

If dreamsoft4you is not suspended, they can still re-publish their posts from their dashboard.

Once unpublished, this post will become invisible to the public and only accessible to Dreamsoft4you.

Thanks for keeping DEV Community safe. Here is what you can do to flag dreamsoft4you:

Unflagging dreamsoft4you will restore default visibility to their posts.