You’ve obviously heard about it, which is what brought you to this article. I’ll reveal the full truth, and you’ll decide if C# programming should be pursued.

Before we begin, there is a lot of uncertainty regarding C#, particularly among young professionals or developers attempting to get into the sector; when they hear C#, they may mix it with C or *C+++ and think…

So now I’d want to explain things up.

The first thing you should know is that C# is a Microsoft object-oriented programming language. It developed from the necessity for a robust object-oriented language that would allow the building of more complex programs, something the previous Visual Basic .NET could no longer do.

C# is a programming language that was released in 2002 and is implemented in different of applications, including web development, desktop applications, and all phases of scripting languages. So it’s not extremely old; compare it to PHP, Java, JavaScript and Python, which are all considerably older languages.

📚A bit of history

At the time when C# emerged, the reigning language was Java, so Microsoft decided to make a language very similar to Java, but based on C++ and Visual Basic .NET. In fact and C# emerged from this: 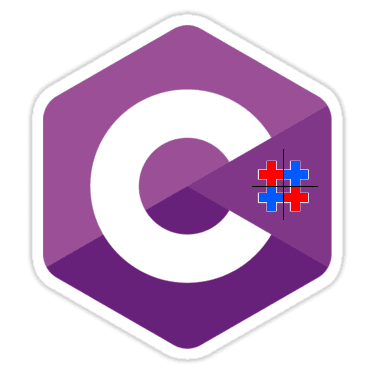 This doesn’t mean that C# is not mature, it just means that it is a young language compared to the other languages out there, and that it is much better than you probably think, so C# is not dying because it is built and maintained by Microsoft.

🔧 What can we create using C#?

C# is a general-purpose language that can be used to create Full Stack web development.

C# is also used to create desktop programs for both Windows and Mac OS. Additionally, you may create Web apss in C#.

Initially, they were built with Web.Forms, then MVC, and finally .NET CORE (soon we will have .NET 6). However, it was not limited to web development. C# was also utilized to create mobile applications.

In an unsuccessful attempt, Microsoft created the “now-defunct” Windows Phone operating system (which so requires C# for its Backend), and with the launch of Windows 10 and now Windows 11, apps for this operating system are produced with C# (and obviously represents a whole progression of Windows Forms).

But it doesn’t end there since there’s also Xamarin Forms. This enables the development of cross-platform mobile apps, that is, applications that operate on the Android, iOS, and Windows operating systems.

If you want to create video games, you may do it using Unity as well. I’m not sure whether you were familiar, but the Unity game engine is written in C# and is now one of the most popular game engines (if not the most). 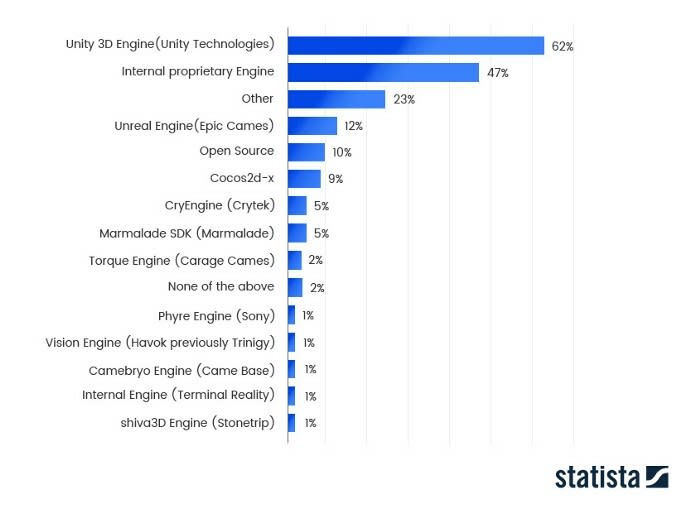 Additionally, video games allow you to construct augmented reality applications, which are programs that allow you to make virtual reality holograms appear using a helmet such as the OculusRift and interact with 3D virtual surroundings. C# may be used to do this within Unity.

If you’re interested in Virtual Reality, Microsoft makes it simple with the HoloLens, which is, in my view, one of the most advanced devices on the market today.

We can build artificial intelligence services that link to our apps utilizing the C# language thanks to Azure’s cloud services.

And, of course, there are cloud services, as well as IoT. Using an Arduino or a Raspberry Pi, you can easily write in C#, connect sensors, and combine electronic and programming components using the same C# language. This has extremely sophisticated applications, such as the issue of home automation and smart houses.

C# also allows you to conduct integrations (such as web services or web api) and develop interconnected services or microservices.
When some individuals say they can achieve it using Ruby or PHP, the answer is yes, but my question is…

If you can cover all of those things with C#, it becomes extremely valuable and marketable throughout the world.

Microsoft has invested substantially in ensuring that C# is the dominant language today, spending two billion dollars on marketing and attempting to convince developers to embrace this new platform, which is also based on the.NET foundation.

The .NET framework is incredibly popular among many developers; if you looked right now and said C# is dead, there would be no 88.000 C# employment in the United States.

C# provides you with a large number of career chances, and the more openings there are, the more options you have to exhibit your talents and acquire your first job as a Software developer.

C# is being integrated into every platform, including desktop, online, future technologies, gaming, and services. So, absolutely, you should study C# right now since it will offer you the best chance of getting in and will keep you employed as you advance in your career.

You can see that C# is completely everywhere right now. Anyone who claims that it is no longer helpful is totally incorrect. In fact, learning C# is the finest choice you have right now, while you are reading this post.

So, if you’re wondering if C# is dying, don’t worry; it’s really expanding at an exponential pace.

If you dedicate an hour or so every day to learning, it will take you around two to three months to understand the fundamentals of C#. If you study part-time or full-time, you may learn C# faster.

But don’t be misled by this figure. If you want to be a professional C# developer, you’ll need to devote a lot more time learning the language. A solid mastery of C# that will go you far in a professional context usually takes at least a year.

Your educational path will never end. You will always be able to learn something new. However, in a few months, you should be able to construct some sophisticated apps on your own.

C# is a programming language that is worth learning. If you know the basics, then the skills that you learn will be applicable to a wide variety of platforms and can be used to create anything.

You can use it as a Full Stack language and programming in C# will be the best decision. In 2022, It will be a widely used language and is widely recognized among other programming languages such as Java and Python.

From Dotnetsafer we want to thank you for your time in reading this article and don't forget that in our C# Blog you can learn more.

And remember: Now you can try for free our C# obfuscator. You can also protect your applications directly from Visual Studio with the C# Obfuscator Visual Studio Extension. Also, before that you can learn How to Protect C# applications.

Learning Rust: A way of Thinking