Microsoft recently released C# 10 and .NET 6 to the world, but they aren't done yet! The .NET team has already started working on features that will be included in C# 11 and .NET 7. In this article, we'll take a look at some of the upcoming C# 11 features that will change how you code forever!

To introduce this new feature that C# 11 will bring, we have to keep in mind that C# currently supports two types of intepolated strings:

The main difference here is that verbatim interpolated strings can contain new lines of code in their text segments and can only escape a proper quotation mark " ".

This does not happen in non-verbatim interpolated strings; in these cases escape characters (such as /r/n) are used.

When I mention "holes", I - and Microsoft -  mean interpolation expressions.

All this affected (and still affects) all the "holes" in the non-verbatim interpolated strings. Since these holes are not really text, they should not be affected by the escape rules.

Let's see Microsoft's example of what could be done with C# 11 that now, with C# 10 would not be possible because it would give error:

Here is another new feature: the new list pattern. What it allows us to do in C#11 is to compare with arrays and lists, being able to match different elements or even, to include a cut pattern that matches zero or more elements.

As Kathleen tells us, the slice pattern can go after, for example, another list pattern, such as the var pattern, in order to capture the contents of the slice.

You can see the example in more depth in the Early peek at C# 11 features.

This new feature is based on, as we already know, it is common to use variations of boilerplate code to validate if the method arguments are null, for example:

And now we can abbreviate the intention to check null parameters with !!:

This could also be used in checking indexer parameters with get and set:

In this feature there are a few small changes. If at any time an explicit null check change is performed with the !!, null validation syntax, that validation will occur after the field initializers. Before any of these, null-checks using the parameter null-check syntax will be done.

If we apply to the name of a parameter the !! operator we have seen before, it will start as non-null with a nullable state. Let's check Microsoft example:

As we can see, the compiler gives a warning when !! syntax on parameters is used with an explicitly nullable type on the parameter.

As only a couple of months ago (November last year), Microsoft officially released .NET 6 and C# 10, we could say that the new features and features of C# 11 are many, most of them have not been fully exploited and we will have to wait for Microsoft to talk about them in depth in the not too distant future. 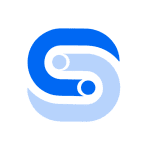 If you liked this article, don't forget to FOLLOW US, so that you can be one of the first to read what's new in .NET.

And if you are reading this, it means that you belong to the 1% of the people who read the articles UNTIL THE END, tell me how many coffees ☕ you need per day to continue programming, if I see many coffees ☕ I will not feel alone and you will make my day!!! 😃👍

From Dotnetsafer we want to thank you for your time in reading this article and don't forget that in our best dotnet Blog you can learn more.

And remember: Now you can try for free our dotnet obfuscator. You can also protect your applications directly from Visual Studio with the dotnet Obfuscator Extension VS. Also, before that you can learn to Protect dotnet applications.

Tutorial - play with an auction demo based on ERC721